Saturday’s front page headlines from Marca, Diario Sport and Diario AS, in English. 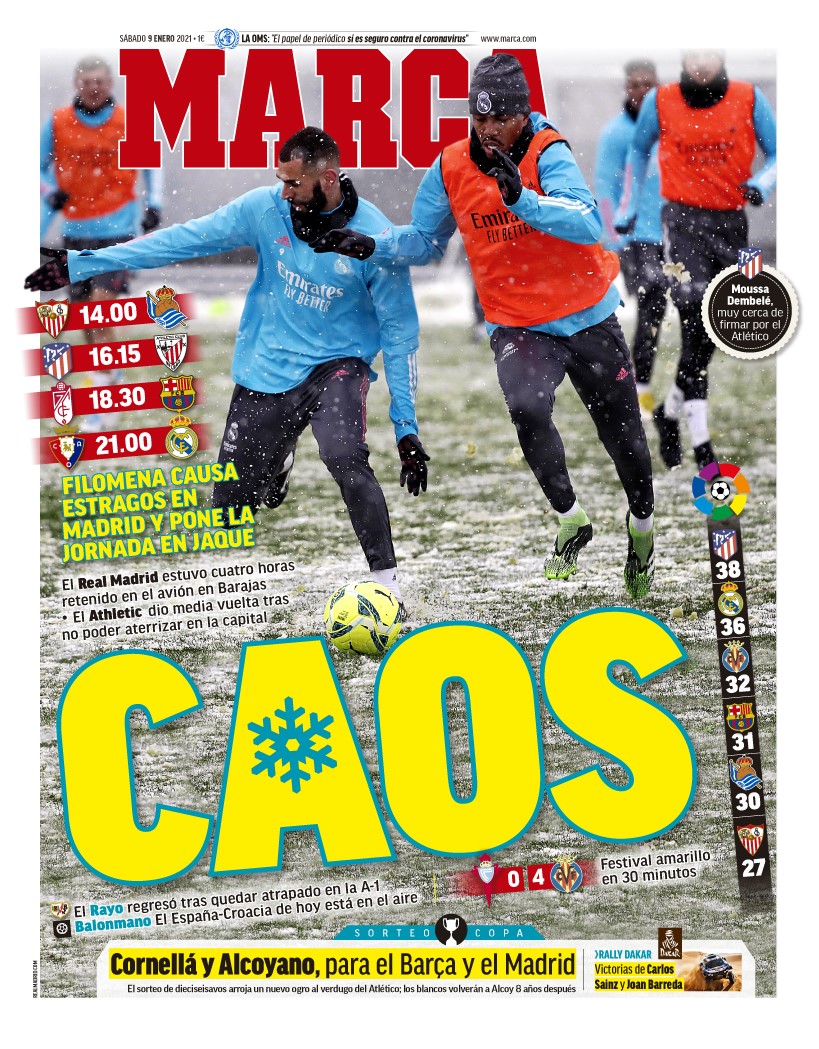 LA LIGA: CHAOS - Poor weather in Madrid plays havoc with the La Liga fixture calendar this weekend. Snow in the Spanish capital forced Real Madrid to wait for hours at Barajas Airport before being allowed to fly ahead of their game of Osasuna. Athletic Club were also forced to fly back to Bilbao due to adverse weather, putting their clash at Atletico Madrid in doubt. 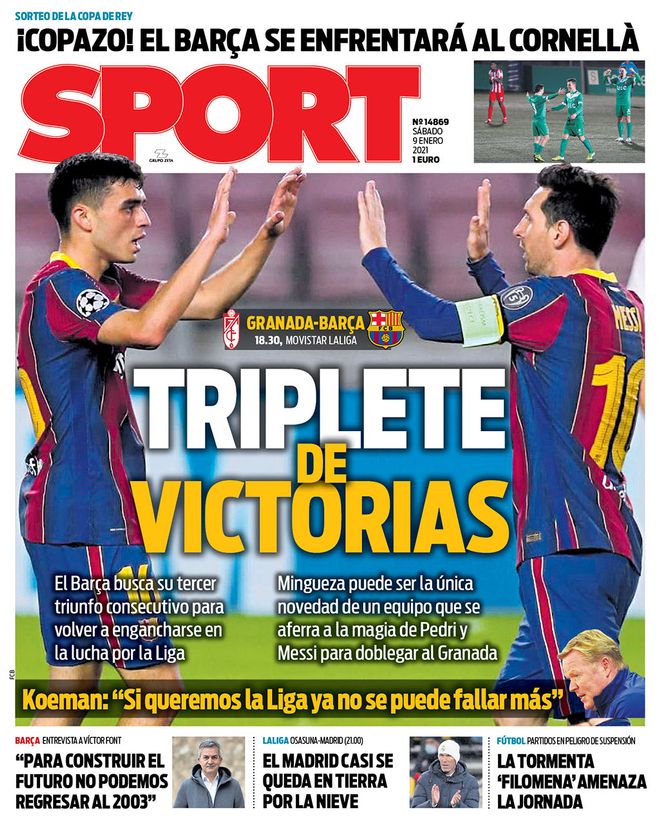 BARCELONA: Triple Victory - Barcelona are searching for their third consecutive La Liga win as they look to get back into title race. Oscar Mingueza is likely to be the only change to Ronald Koeman's starting XI at Granada with Pedri set to start alongside Lionel Messi. 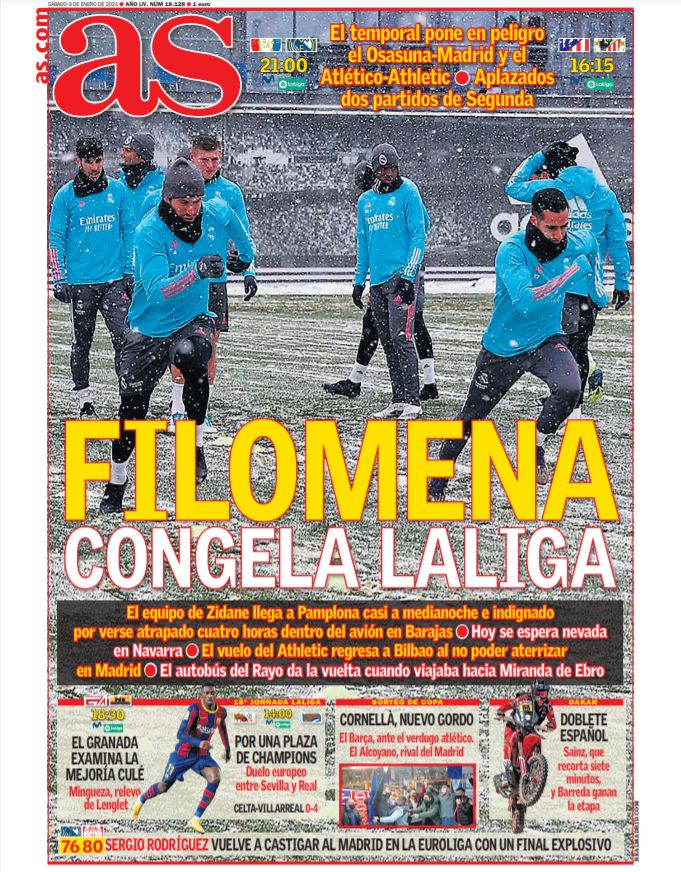 LA LIGA: Filomena freezes La Liga - Zinedine Zidane's Real Madrid arrive in Pamplona at midnight ahead of their clash with Osasuna after being delayed for four hours at Barajas Airport. However, their game could be postponed if the El Sadar pitch is declared unfit with Atletico Madrid v Athletic Club also likely to be postponed after the visitors were forced to fly back to Bilbao.