Saturday’s front page headlines from Mara, Diario AS and Mundo Deportivo, in English. 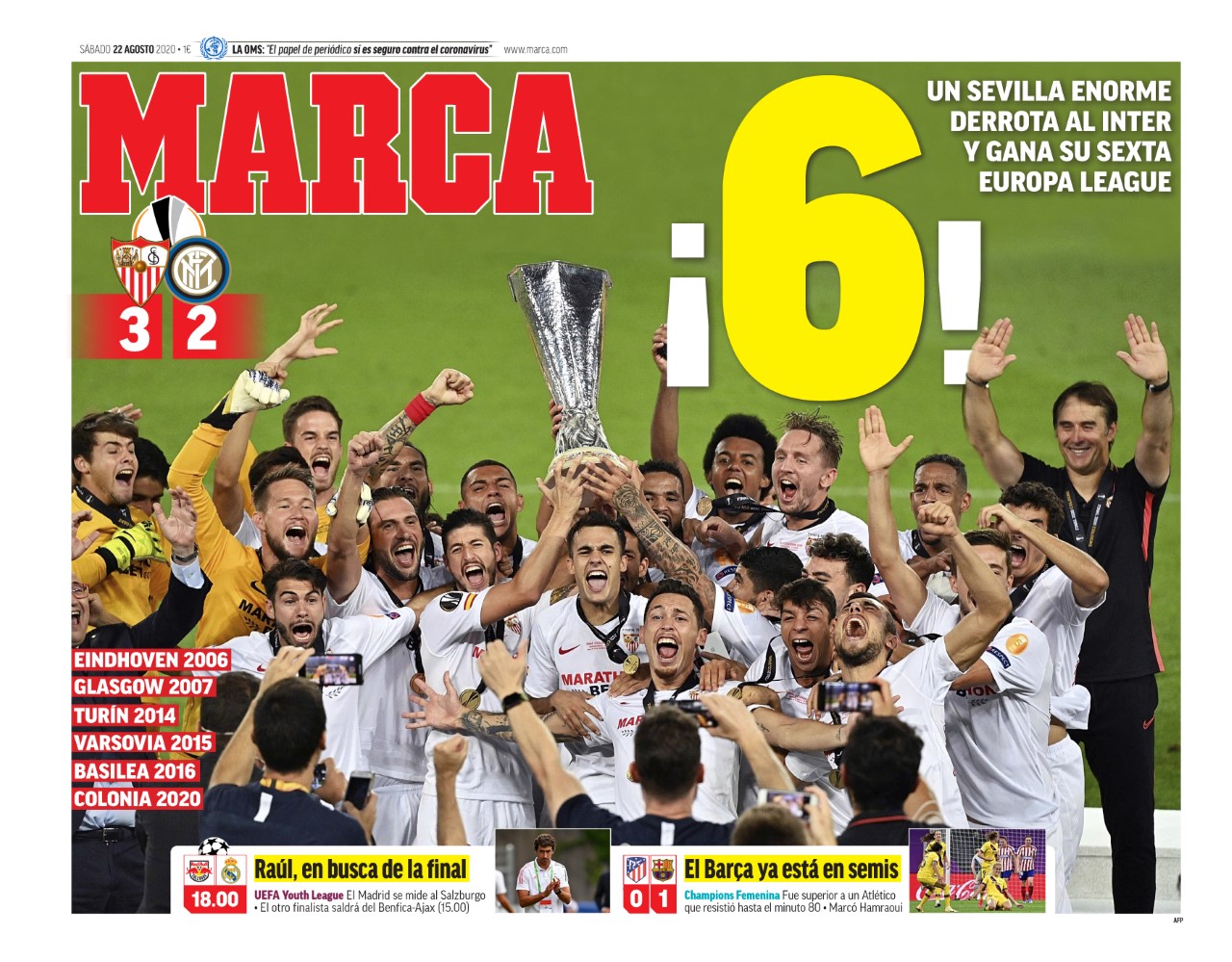 SEVILLA 6: A huge win for Sevilla against Inter Milan secures a sixth UEFA Cup/Europa League title. The Andalucian club extend their reign as the most successful club in the history of both versions of the competitions, with memorable wins in Eindhoven in 2006, Glasgow in 2007, Turin in 2014, in Warsaw in 2015, in Basel in 2016 and now in Cologne in 2020. 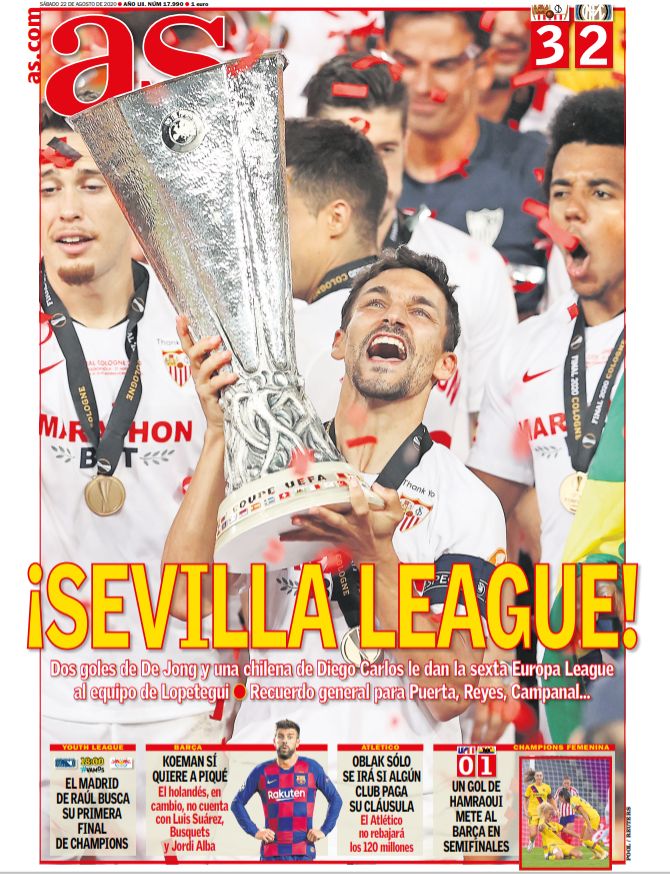 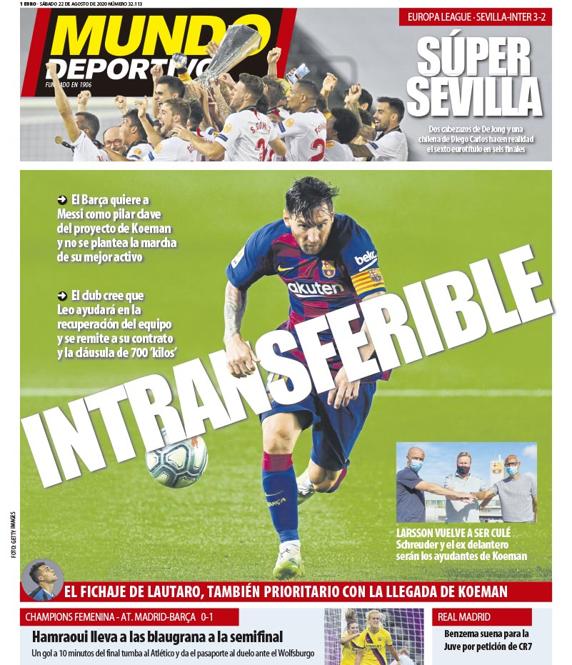 BARCELONA: Untransferable- Barcelona want to Lionel Messi to remain as key pat of the new project at the club under Ronald Koeman. La Blaugrana believe the Argentinian will help with their recovery, and reminds him of his €700m release clause from his contract in Catalonia.