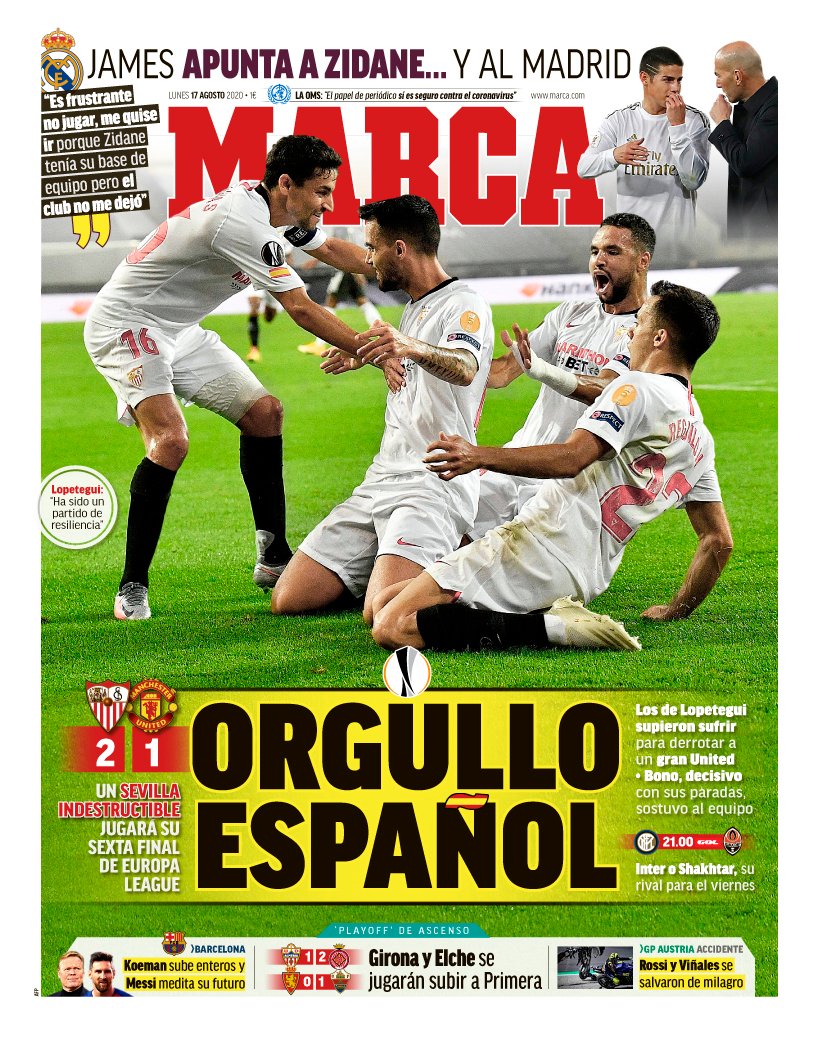 SEVILLA: Spanish Pride - Sevilla prove to be indestructible in the Europa League, with their sixth final in the history of the competition (and its predecessor the UEFA Cup). Julen Lopetegui's side weathered a second half storm in their 2-1 semi-final win over Manchester United, with keeper Bono the key man in Lisbon. 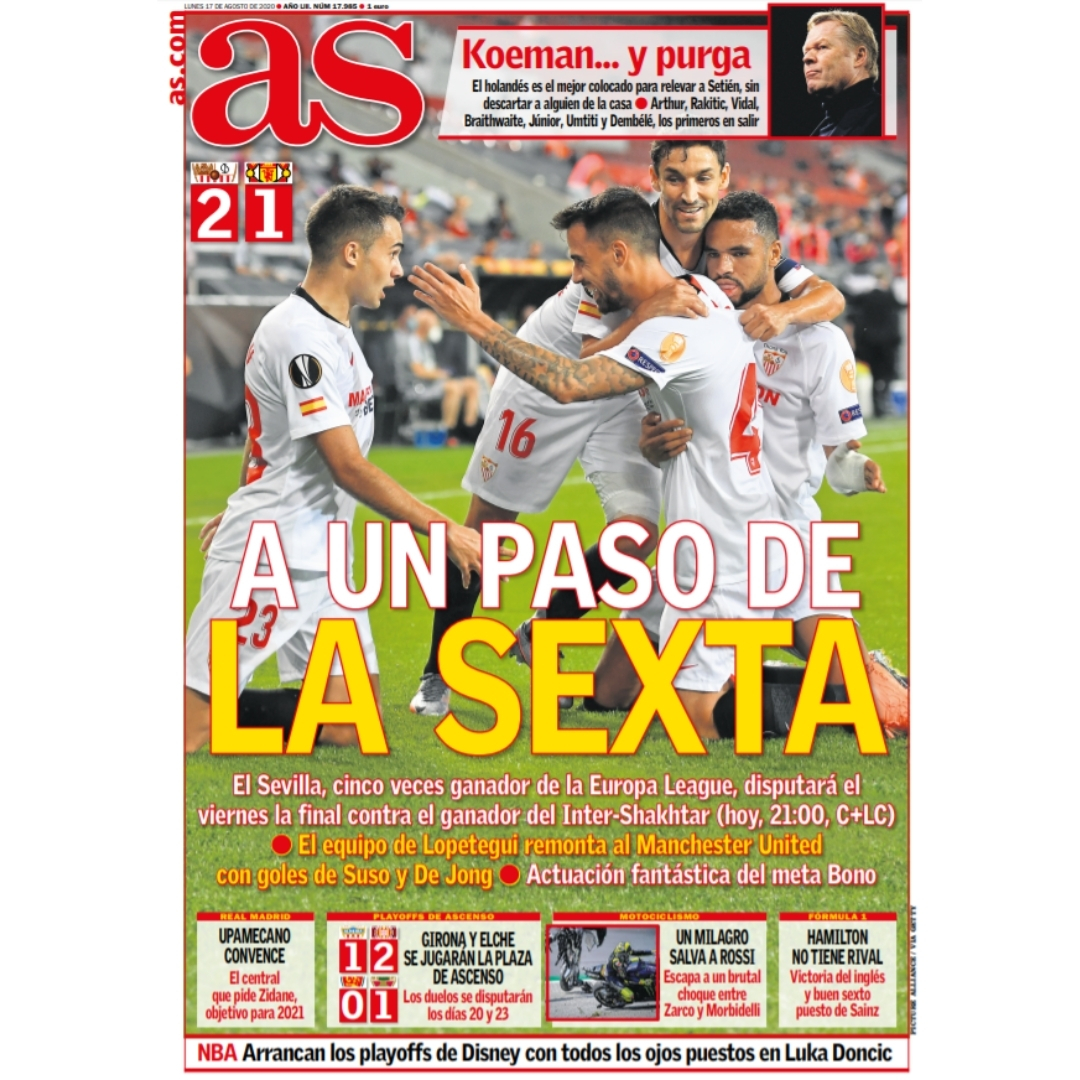 SEVILLA: One More Step for the Sixth - Five time Europa League/UEFA Cup winners Sevilla will face either Inter Milan or Shakhtar Donetsk in their sixth final. Goals from Suso and Luuk De Jong secured a semi final win over Manchester United, with keeper Bono man of the match against Ole Gunnar Solskjaer's side. 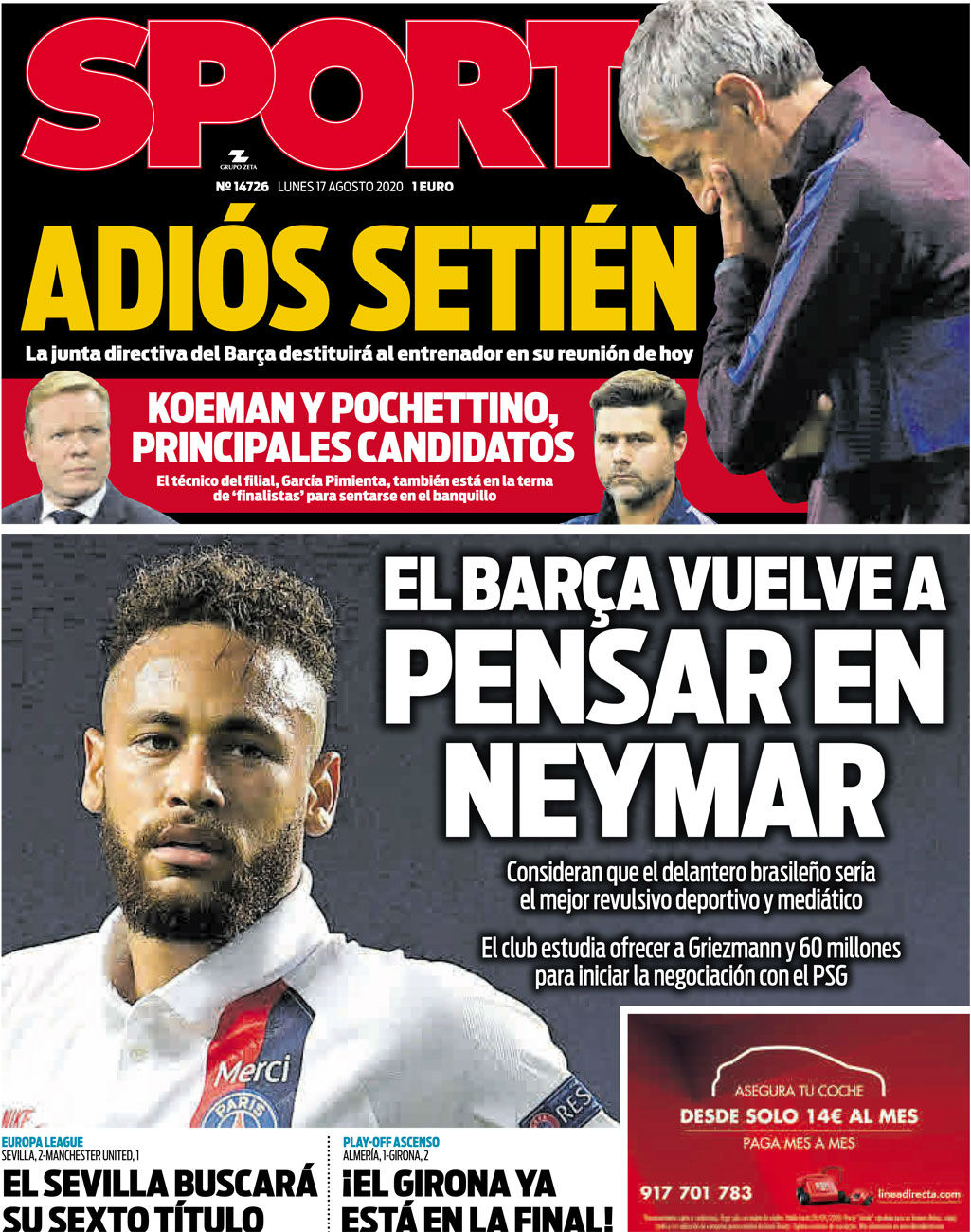 BARCELONA: Barcelona are thinking of Neymar return - The Catalan giants are hopeful the Brazilian international will kick start their 2020-21 season on and off the pitch. Barcelona could be persuaded to sell Antoine Griezmann to Ligue 1 champions Paris Saint-Germain for a fee of €60m.