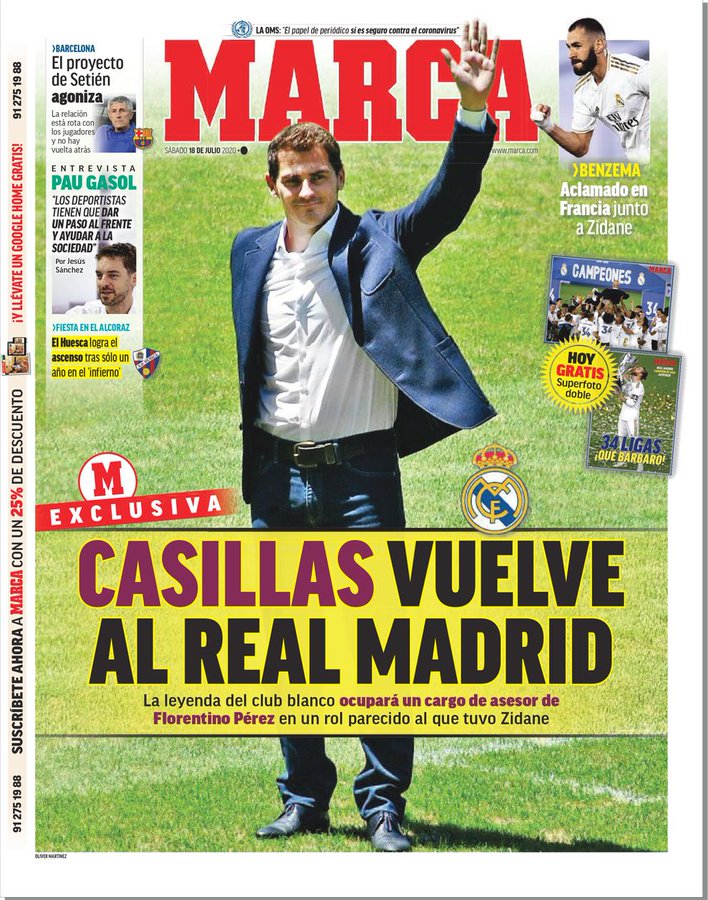 Casillas returns to Real Madrid - the club legend will return to operate as an advisor to Florentino Perez, in a similar role to that which Zinedine Zidane previously held Benzema - acclaimed in France alongside Zidane The Setien project is dying - the relationship between the players and the coaching staff appears to be broken with no way back Huesca are promoted - after just one year outside the top division 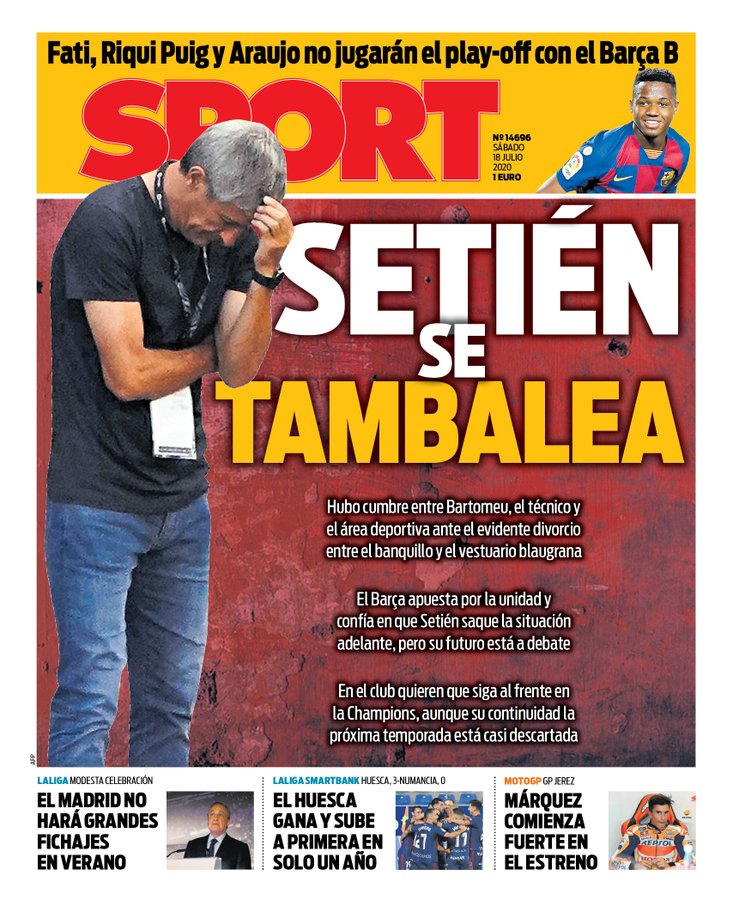 Setien is wobbling - There was a meeting between Bartomeu, the coach and the sports directive today, Barça decide on unity and trust that Setién will take the situation forward and that he will continue to lead the team for the Champions League, although his future is in debate. Fati, Riqui Puig and Araujo won’t be available for Barcelona B playoff - will be with first team Madrid will not make signings in the summer - no arrivals at the Bernabeu Huesca manage to go up to La Liga in just one year 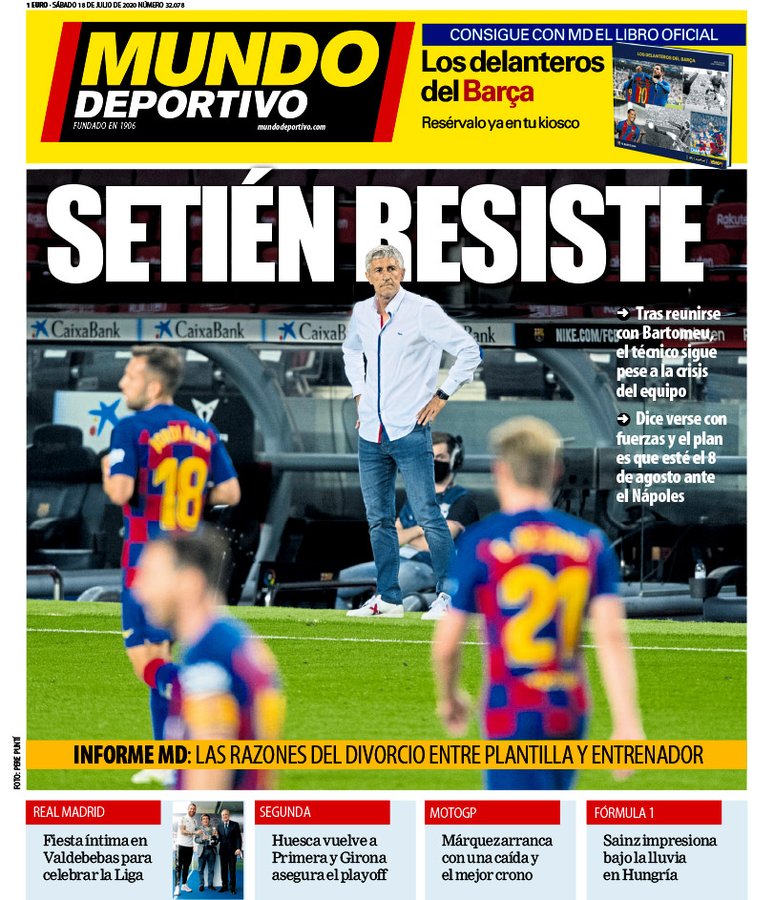 Setien resists - After a meeting with president Bartomeu today, he will continue on for the Champions League tie against Napoli in August despite acknowledgement that team are in a crisis Reasons for the split between the team and the Coach - explained by Mundo Deportivo Intimate title party in Valdebebas - low-key Real Madrid title celebrations Huesca back in La Liga - Girona secure a playoff spot