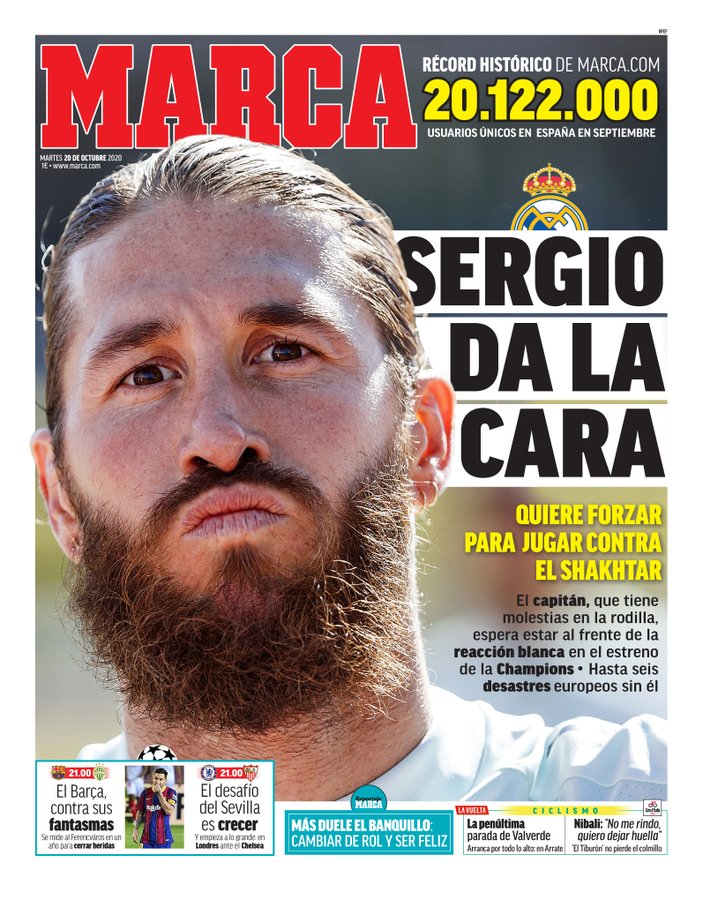 REAL MADRID: Sergio Faces - Sergio Ramos wants to win his fitness race to face Shakhtar Donetsk in the Champions League. The Los Blancos skipper suffered a knee injury in last weekend's La Liga defeat against Cadiz but he is confident of being fit in time for their first European game of 2020/21. 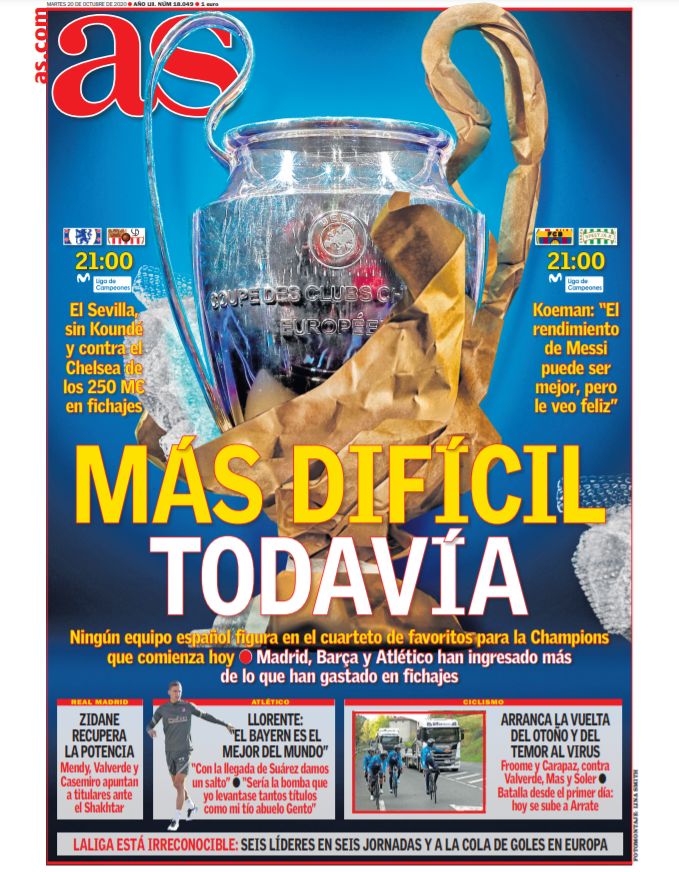 CHAMPIONS LEAGUE: Harder Still - Sevilla and Barcelona kick off their Champions League campaigns against Chelsea and Ferencvaros respectively. Julen Lopetegui's side face big spending Chelsea without key defender Jules Kounde. Ronald Koeman claims he is pleased with Lionel Messi's performances but they could be better. 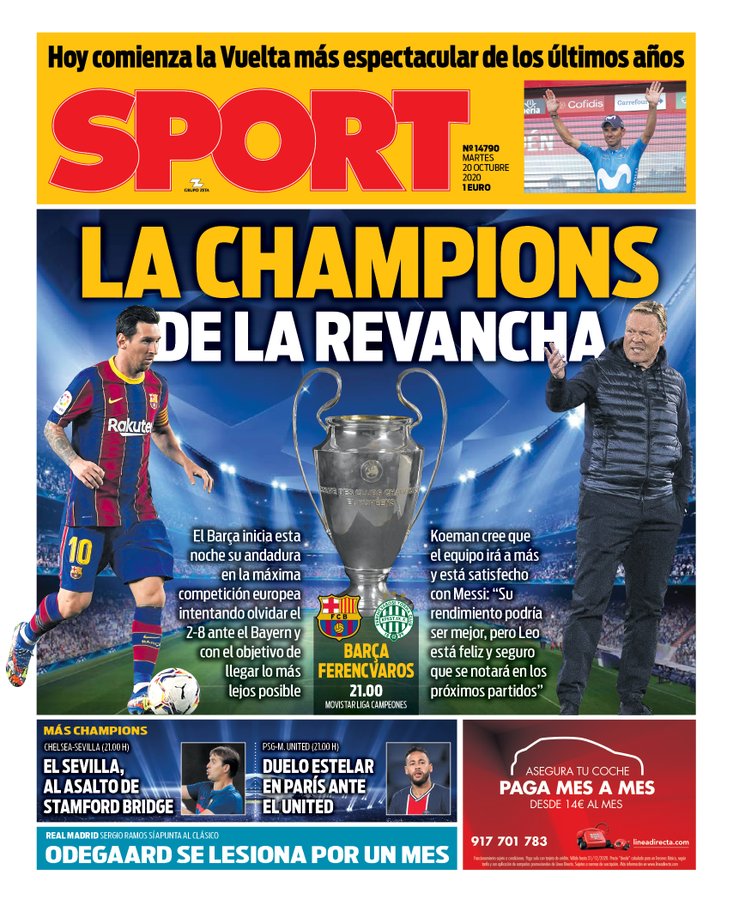 BARCELONA: The Champions of the rematch - Barcelona begin the Champions League season against Hungarian side Ferencvaros with Ronald Koeman's side eager to erase the memory of their 8-2 defeat to Bayern Munich. Koeman claims he has been impressed with Lionel Messi's performances so far the season but he could do better with the Catalan giants.