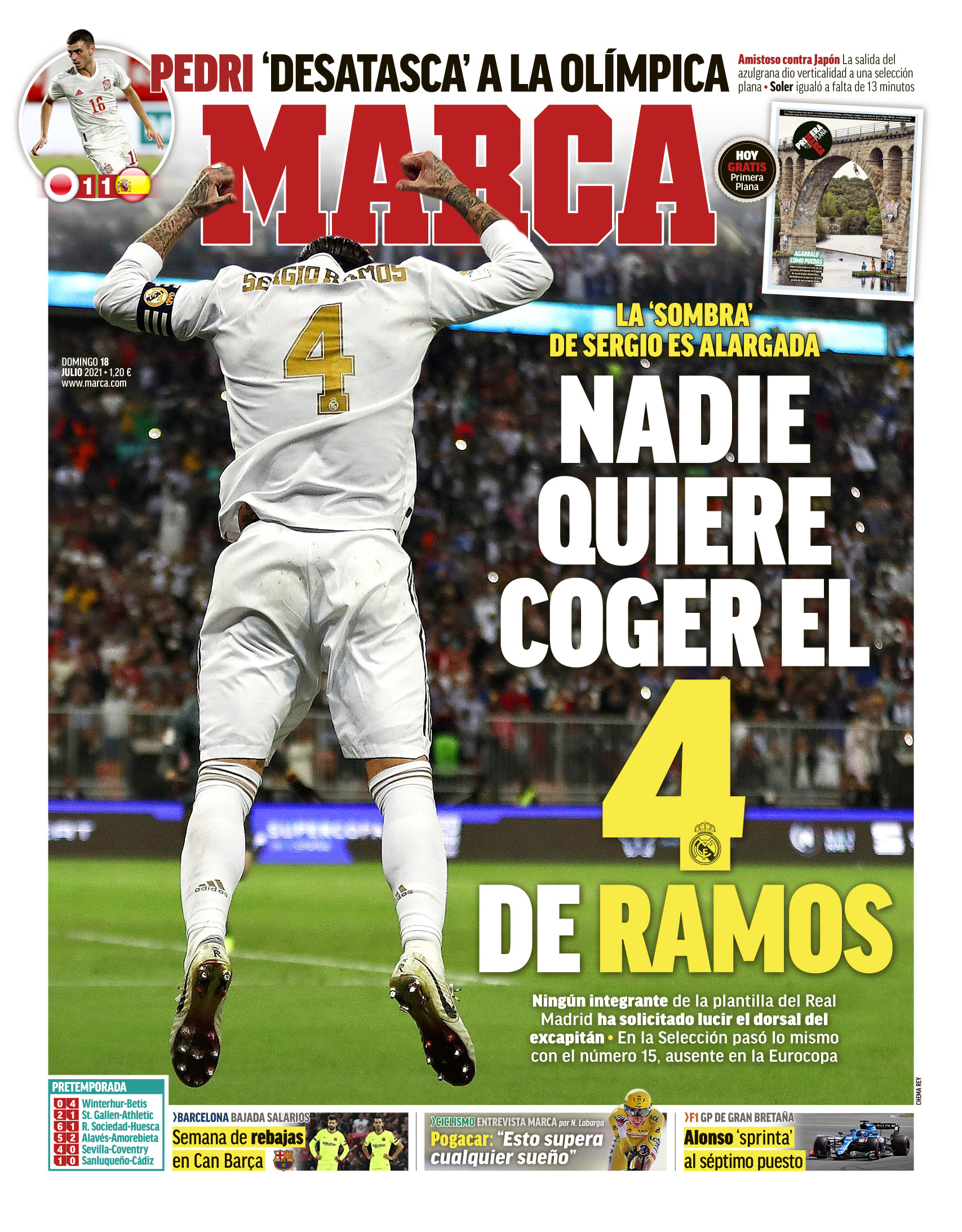 REAL MADRID: No one wants Ramos' No.4. There has been no interest from within the Real Madrid squad to take over the No.4 jersey following the departure of former captain Sergio Ramos. The same thing happened at Euro 2020 with no one in Luis Enrique's Spain panel taking his No.15 shirt. 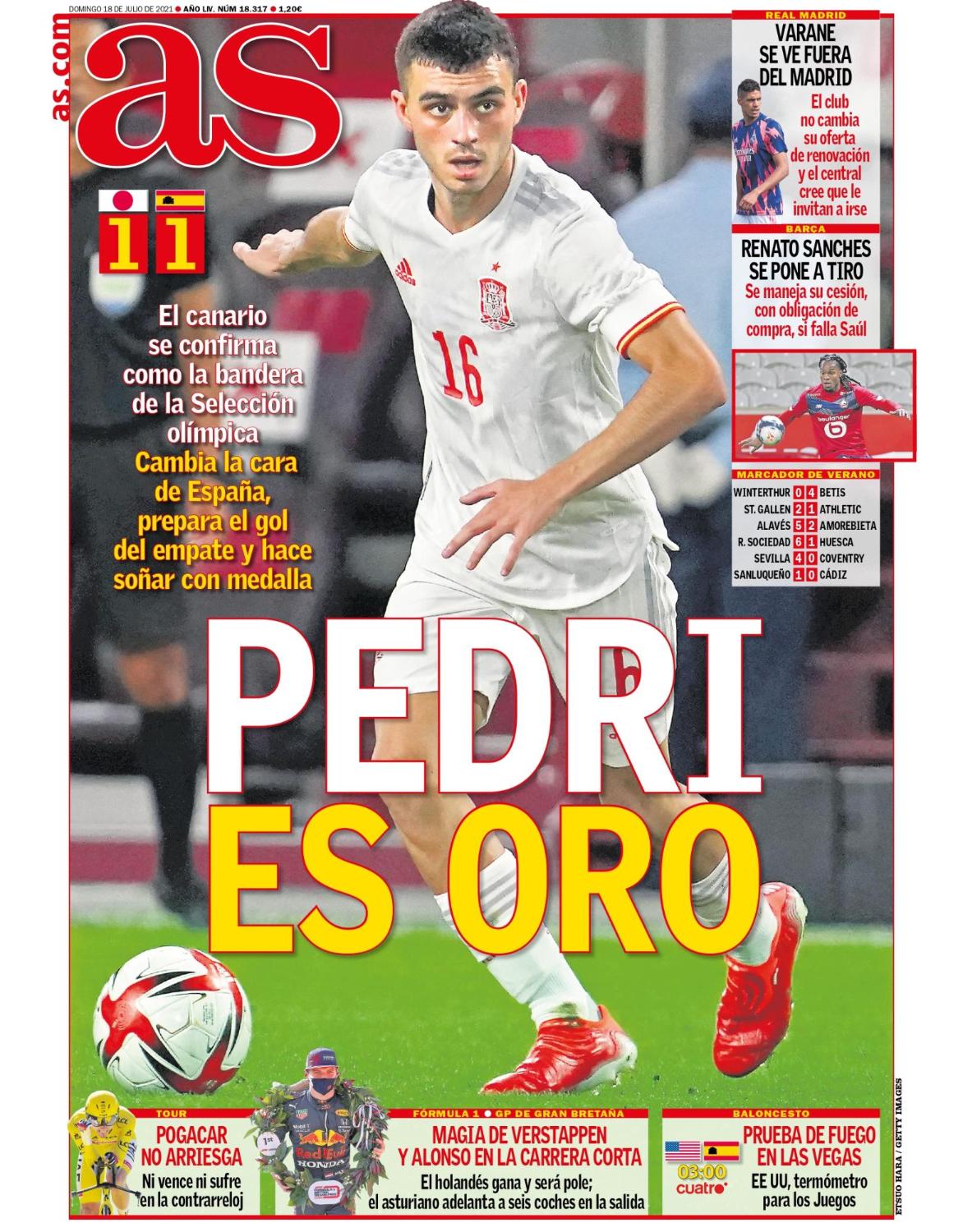 BARCELONA/SPAIN: Pedri is Gold. The Canarian star has been conformed as in Spain's 2020 Olympic squad. Spain are aiming to change their fortunes at the Olympics and clinch the gold medal in Japan. REAL MADRID: Raphael Varane is already looking on the way out of Real Madrid with the club unwilling to change their contract offer to the Frenchman. 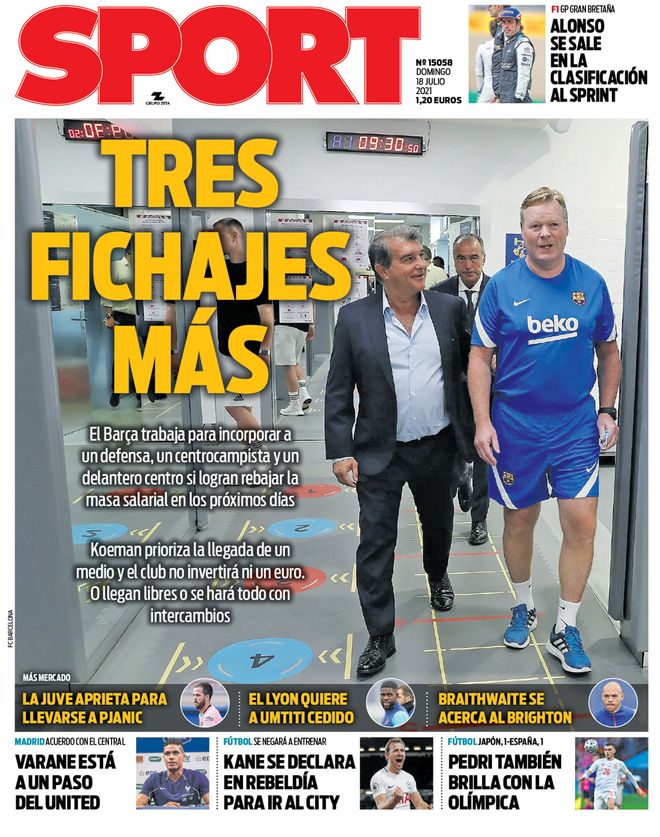 BARCELONA: Three more transfers. Barcelona are working to bring in three more players ahead of the 2021/22 season including a reinforcement in defence, midfield and attack. However, any moves are dependent on the club reducing their bloated wage bill in the coming days. Ronald Koeman will only bring in players on free transfers or potentially player exchange deals.