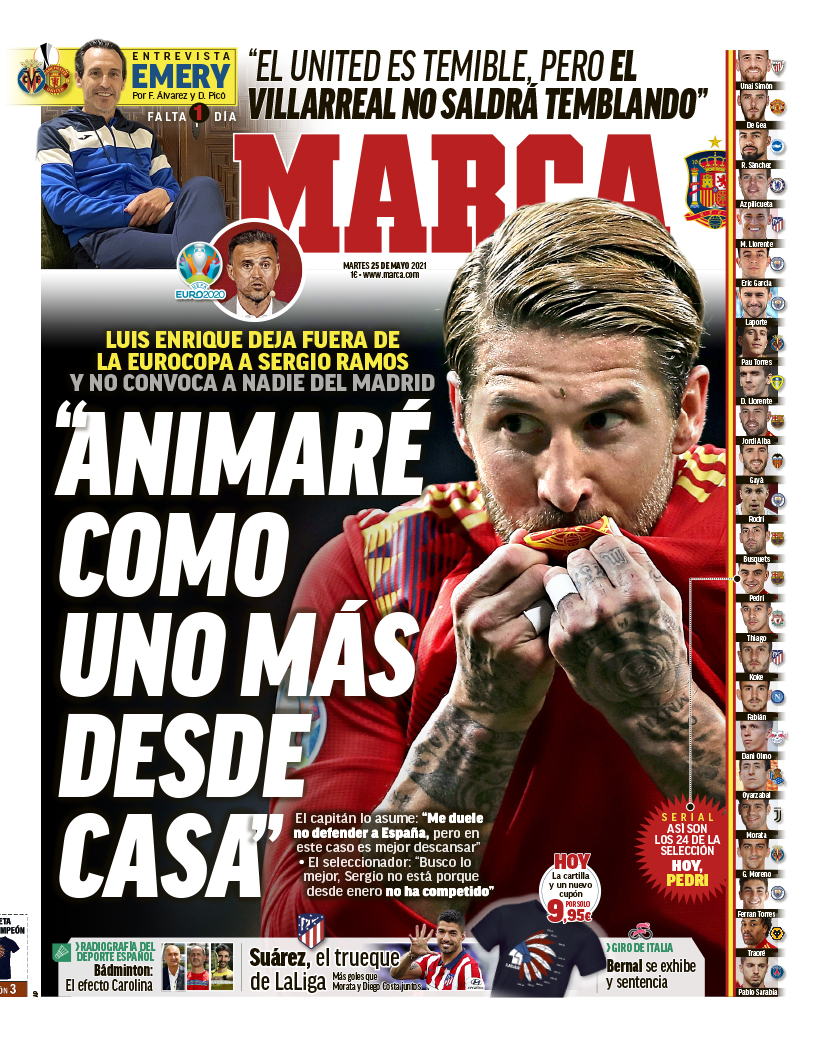 SPAIN: Sergio Ramos: 'I will cheer Spain on from home' - Spain boss Luis Enrique has opted to leave captain Ramos from the La Roja squad for Euro 2020 after being unconvinced by his fitness ahead of the competition. Ramos issues his own response claiming he will be cheering on the team as a fan this summer. 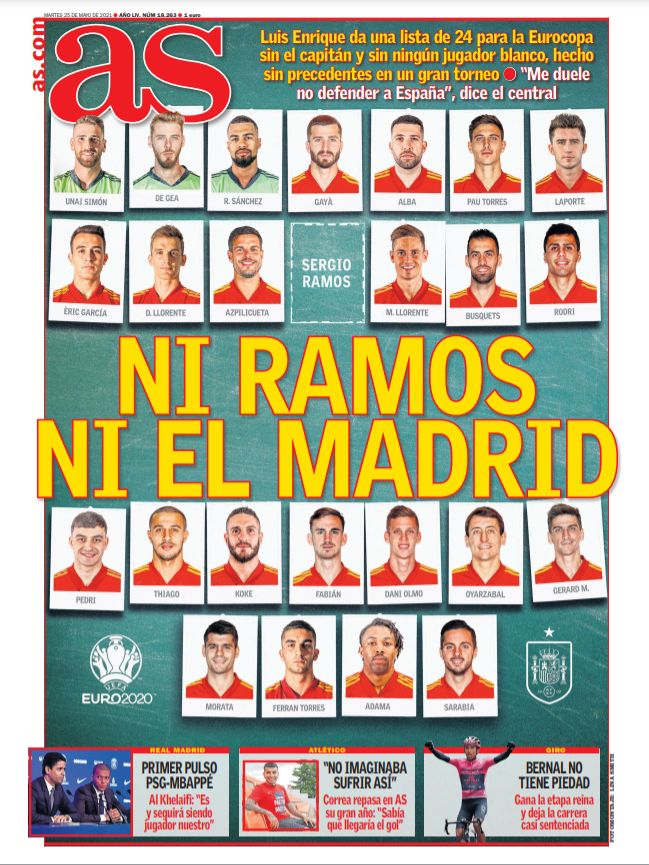 SPAIN: No Ramos and No Madrid - Spain boss Luis Enrique has opted to name his 24-man squad for Euro 2020 with no Sergio Ramos included. Enrique has not name a Real Madrid player in his squad for the first time in Spain's tournament history with Ramos claiming he is 'hurt' not to be called up. 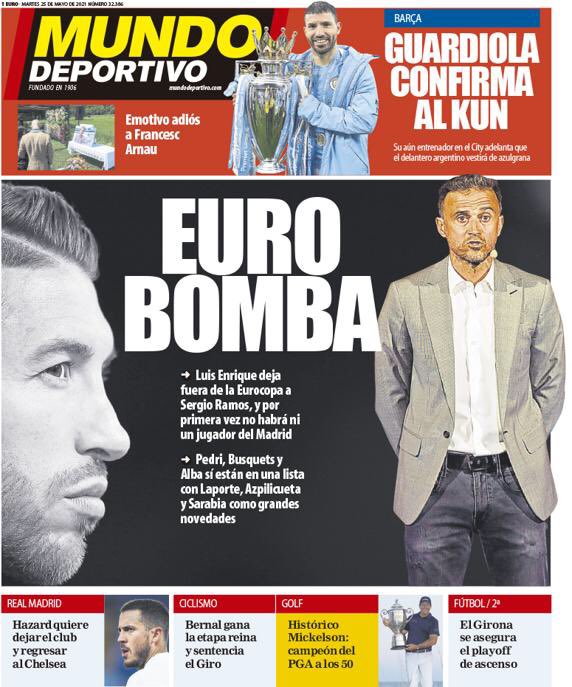 SPAIN: Euro Bomb - Luis Enrique has made history with his Spain squad for Euro 2020 with no Sergio Ramos and no Real Madrid player included for the first time ever. Barcelona are represented with three players as Sergio Busquets, Pedri and Jordi Alba all called up.