Thursday’s front page headlines from Marca, Diario Sport and Diario AS – in English! 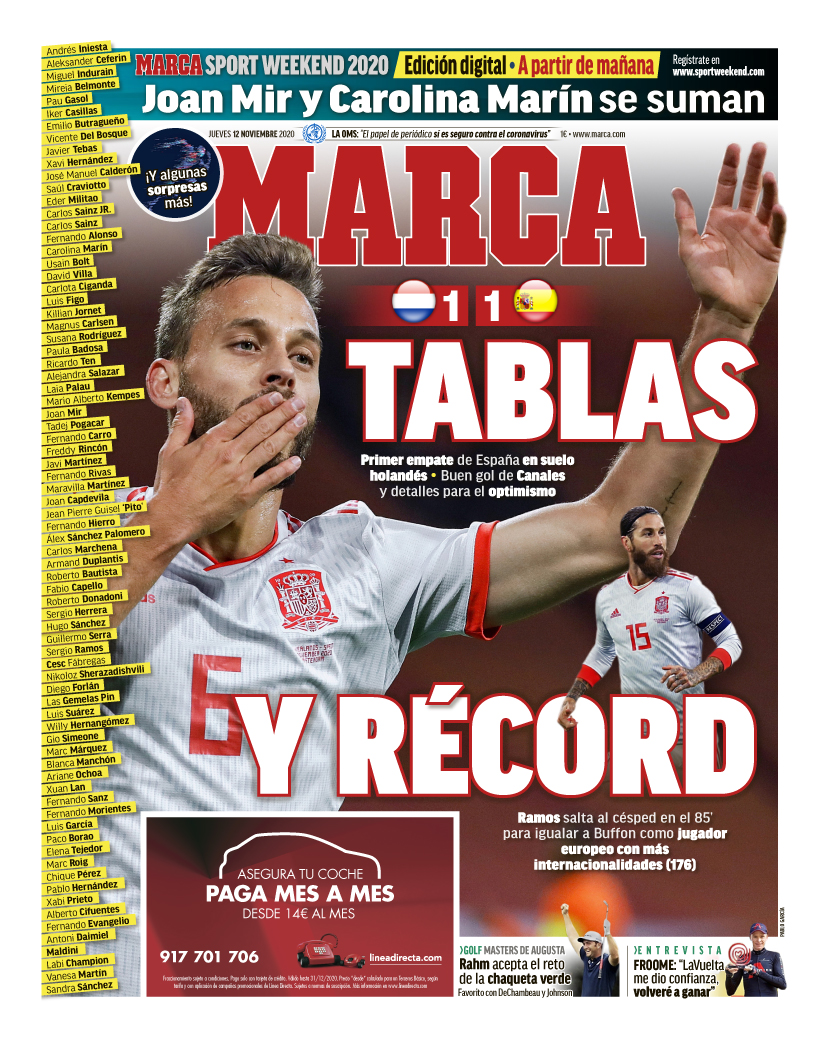 Tables and Records: Marca lead with Sergio Canales' first goal for the senior international side, as well as Sergio Ramos matching Gianluigi Buffon's record for the European player with the most international appearances. Cause for optimism, is their verdict. 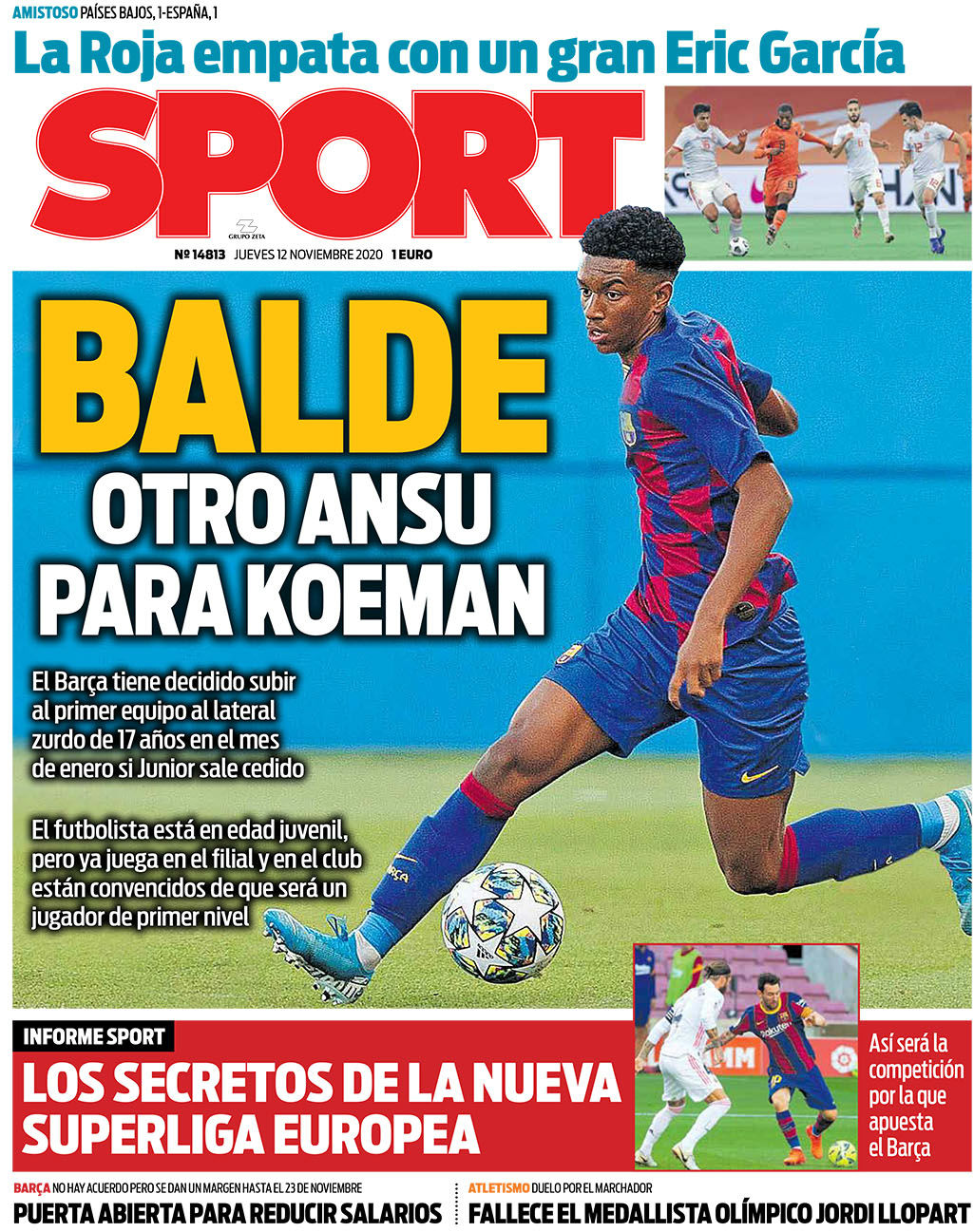 Balde, Koeman's other Ansu: Sport lead with Barcelona's decision to promote 17 year-old Alejandro Balde to the first team, a player who despite his youth is considered potentially good enough to play at the top level. It also teases an interesting piece on some behind-the-scenes details on the long-mooted European Super League. 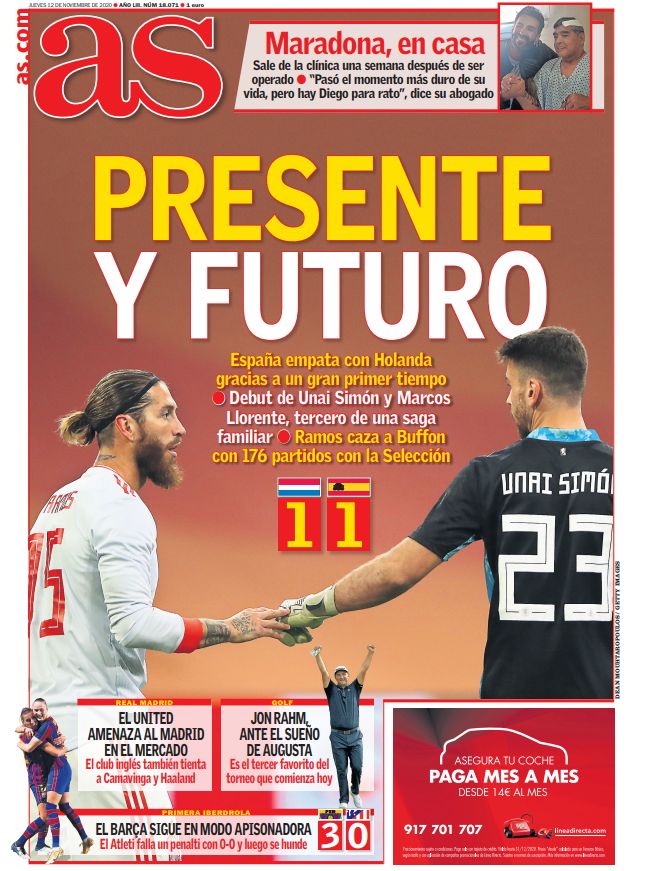 Present and Future: AS lead by labelling Sergio Ramos Spain's present and Unai Simon, who made his debut, their future, also paying heed to Marcos Llorente's bow. Spain had the first half to thank for their draw, they said, and they also marked Ramos' record. The paper have also floated a piece on Diego Maradona's recovery from brain surgery at home in Argentina.