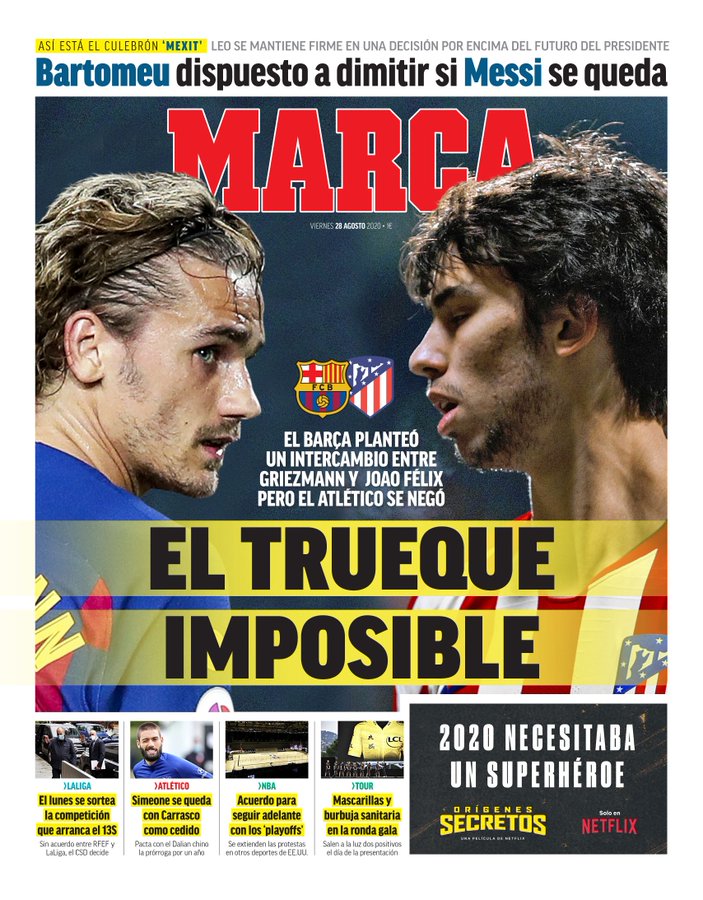 The impossible barter - Barcelona offer Antoine Griezmann to Atletico Madrid for Joao Felix, but it is rejected. Bartomeu offers to resign if Messi stays - Leo maintains his decision despite the president’s offer Carrasco staying at Atleti - club to agree with Dalian Yifang to extend his stay 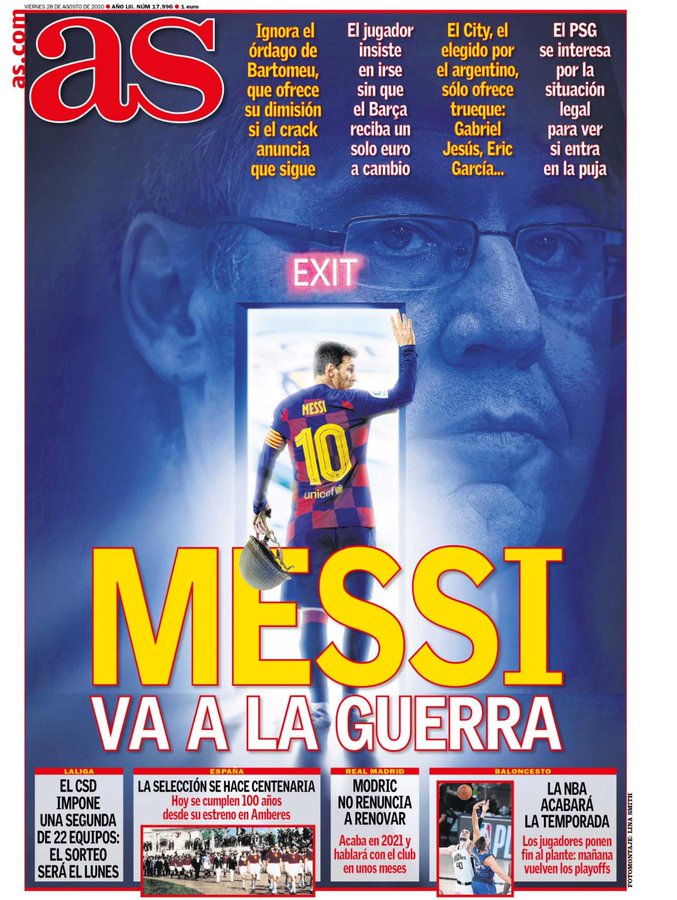 Messi goes to war - Ignores Bartomeu’s offer of resignation, he insists on leaving as a free agent, City offer Eric Garcia and Gabriel Jesus as a barter, PSG interested in the legal situation before entering the ring CSD say Segunda will stay at 22 teams - games decided on Monday Modric does not give up on renewing - contract expires in 2021 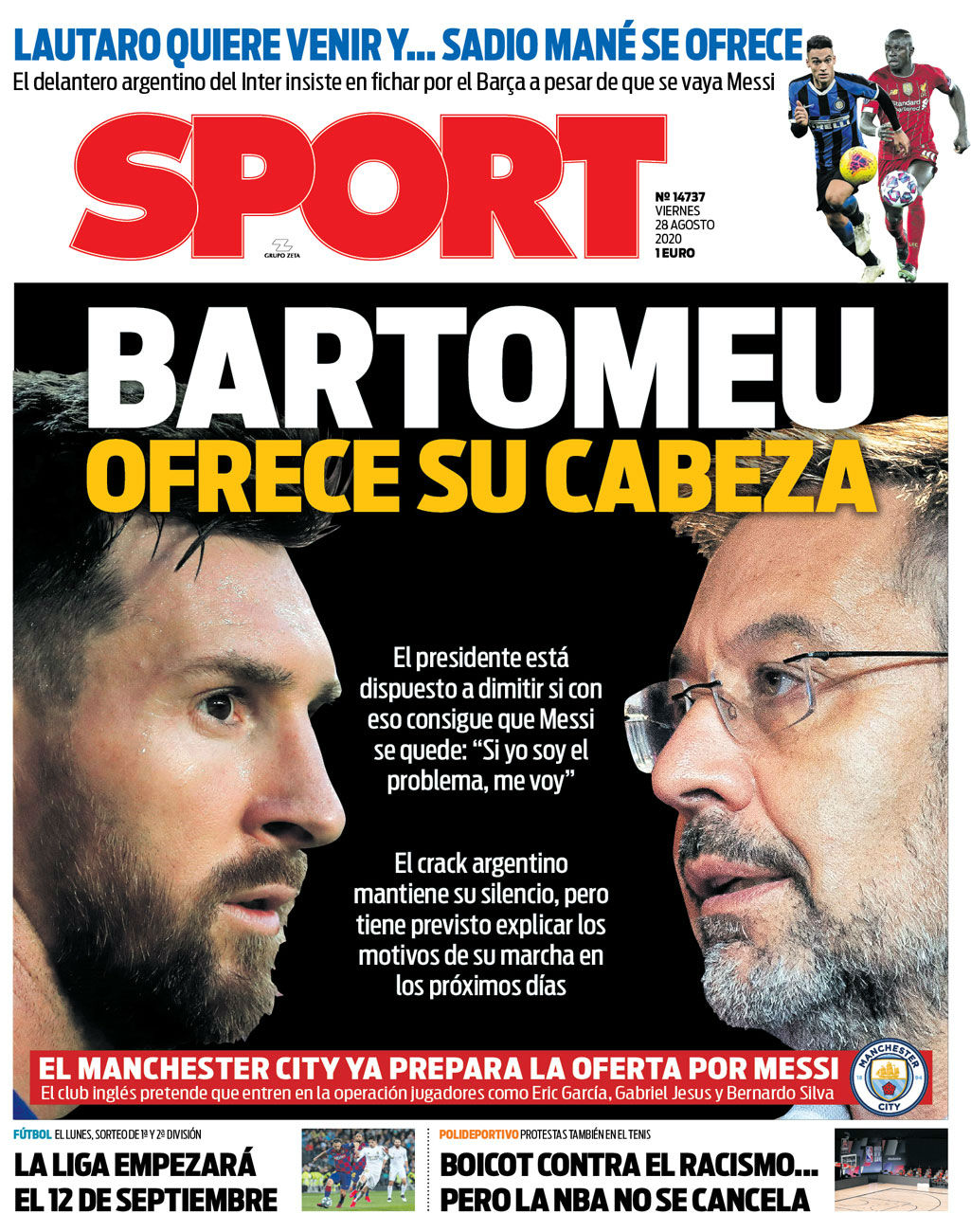 Bartomeu offers his head - The Barcelona preisdent is willing to resign if with that he gets Messi to stay at the club. The Argentine star remains silent but will explain the reasons for his departure in the coming days. Manchester City is already preparing the offer for Messi - They intend to put players like Eric García, Gabriel Jesus and Bernardo Silva into the operation Lautaro insists on signing for Barça and Sadio Mane is offered - how Barcelona can reinvent their attack LaLiga will start on September 12