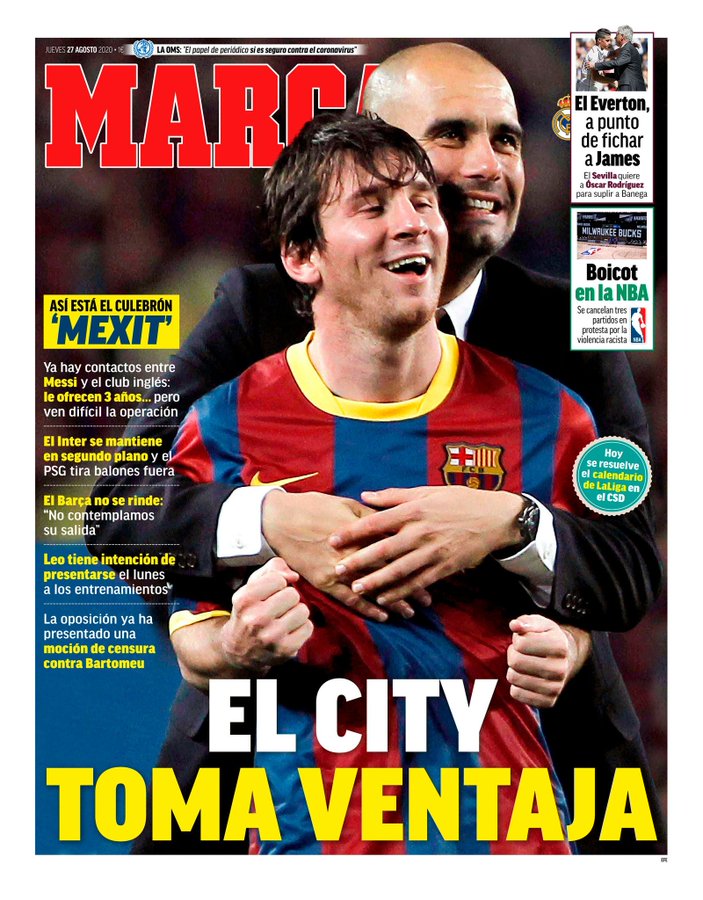 City take advantage - Now we talk about “Mexit” as Messi talks to the English club with a three-year offer but the operation is different. Inter continue to be in the background for the player. Barcelona will not give up fighting for his stay and he will be at training on Monday. Opposition presents a censure against president Bartomeu. Everton about to sign James - while Sevilla look to Madrid’s Oscar to replace Banega 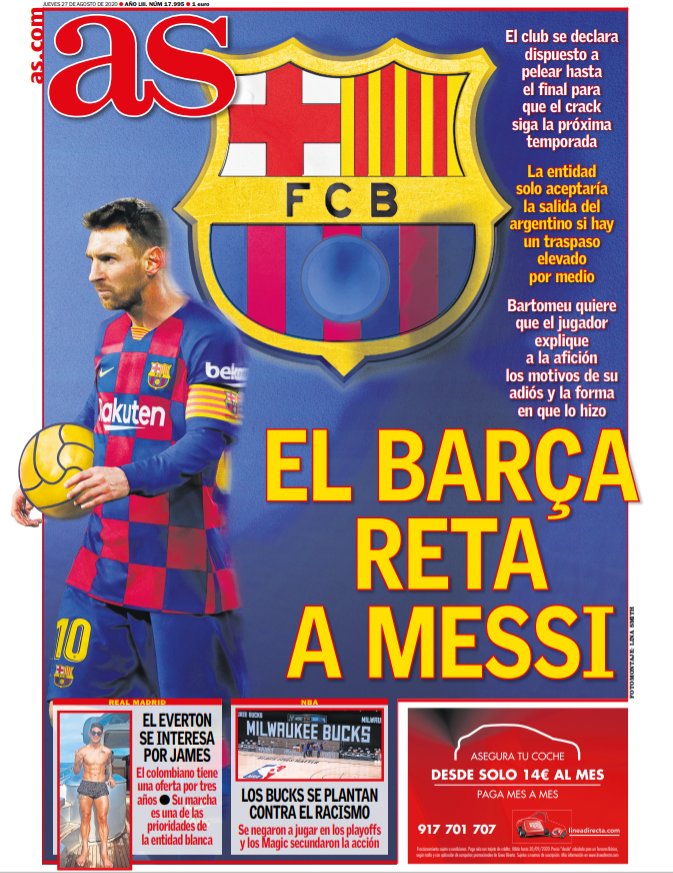 Barcelona challenge Messi - the club are willing to fight until the end to keep hold of the star, they will only accept his exit for a high fee and Bartomeu wants the player to explain his motives to the fans. Everton interest in James - Toffees offer him a three-year deal and Madrid prioritise his exit 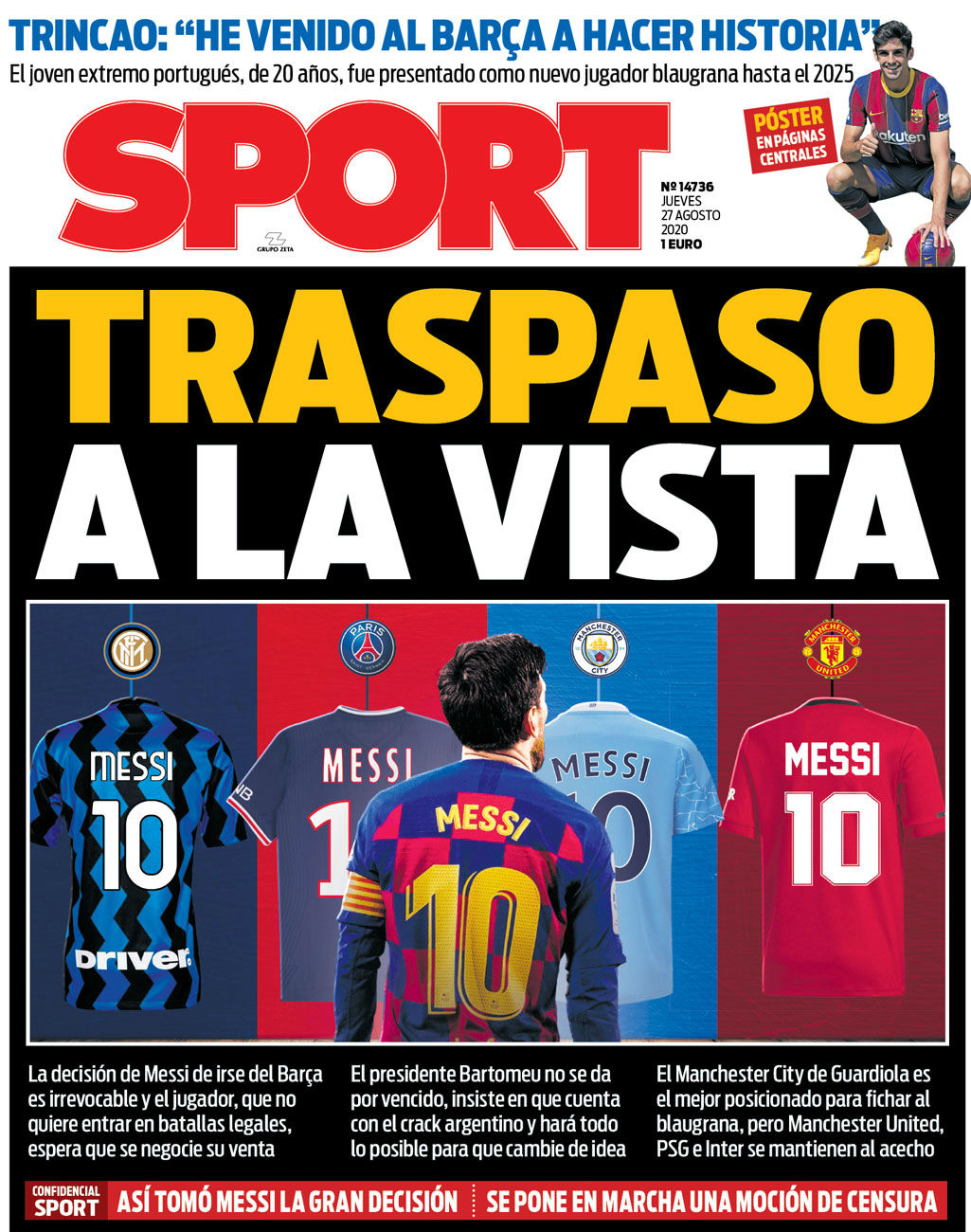 Change in sight - Messi is clear about his decision to leave Barça and hopes that his sale will be negotiated so as not to enter into legal battles with the club. Bartomeu insists on Messi’s stay and will do everything possible for the Argentine star to change his mind. Guardiola's Manchester City is the best positioned to sign the star. Trincao has been presented as a new Blaugrana player until 2025 - “I have come to Barcelona to make history”