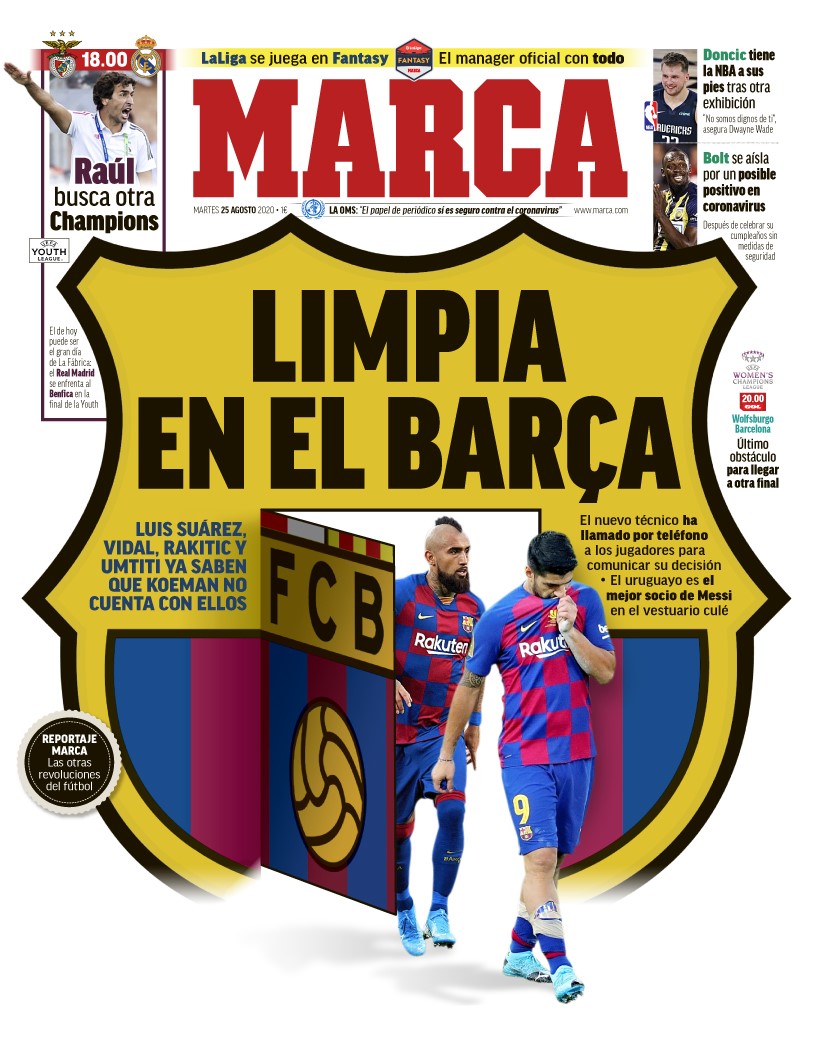 BARCELONA: Clean up at Barcelona - Luis Suarez, Ivan Rakitic, Arturo Vidal and Samuel Umtiti have all been told over the phone by new boss Ronald Koeman they are no longer needed at the club. Suarez's situation is particularly tricky due to his on and off field relationship with Lionel Messi. 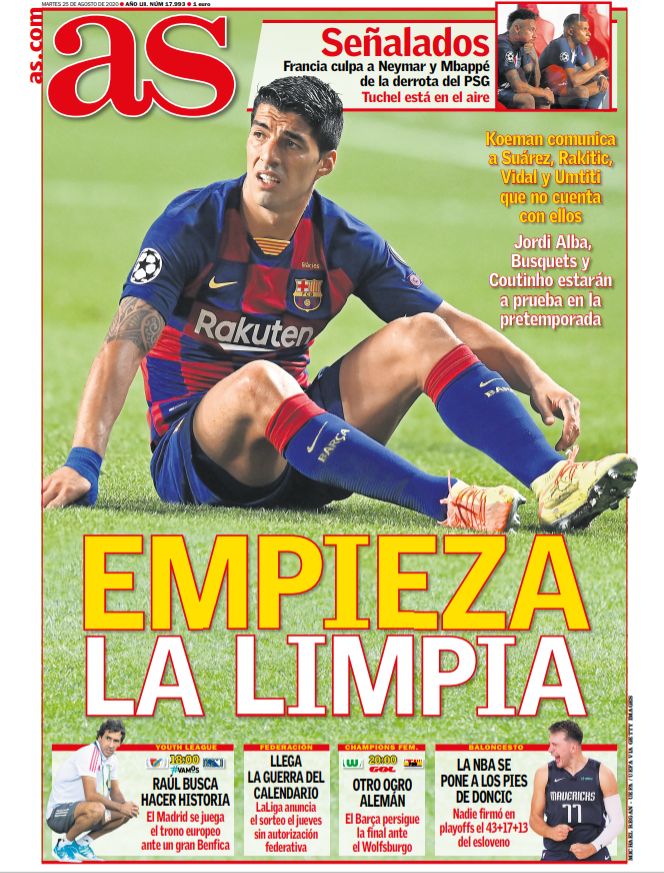 BARCELONA: The clear out begins - Ronald Koeman has told Luis Suarez, Ivan Rakitic, Samuel Umtiti and Arturo Vidal they can leave the club this summer. Jordi Alba, Sergio Busquets and Philippe Coutinho are set to go 'on trial' in pre-season at the club. 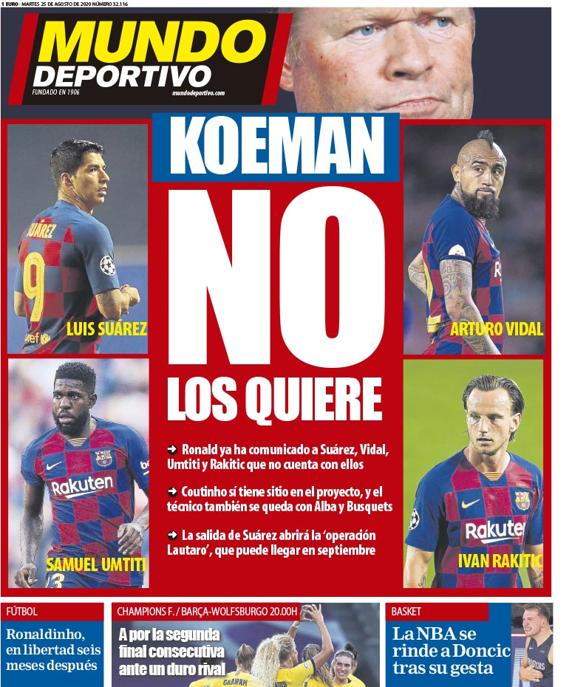 BARCELONA: Koeman does not want them - Ronald Koeman has spoken to Luis Suarez, Arturo Vidal, Samuel Umtiti and Ivan Rakitic to tell them they can all leave this summer. Philippe Coutinho is expected to play a role next season, with Sergio Busquets and Jordi Alba given a chance to impress in the coming weeks. Suarez's exit could open up the door for Barcelona to reignite their interest in Inter Milan star Lautaro Martinez.