Sunday’s front page headlines from Marca, Diario Sport and Diario AS, in English. 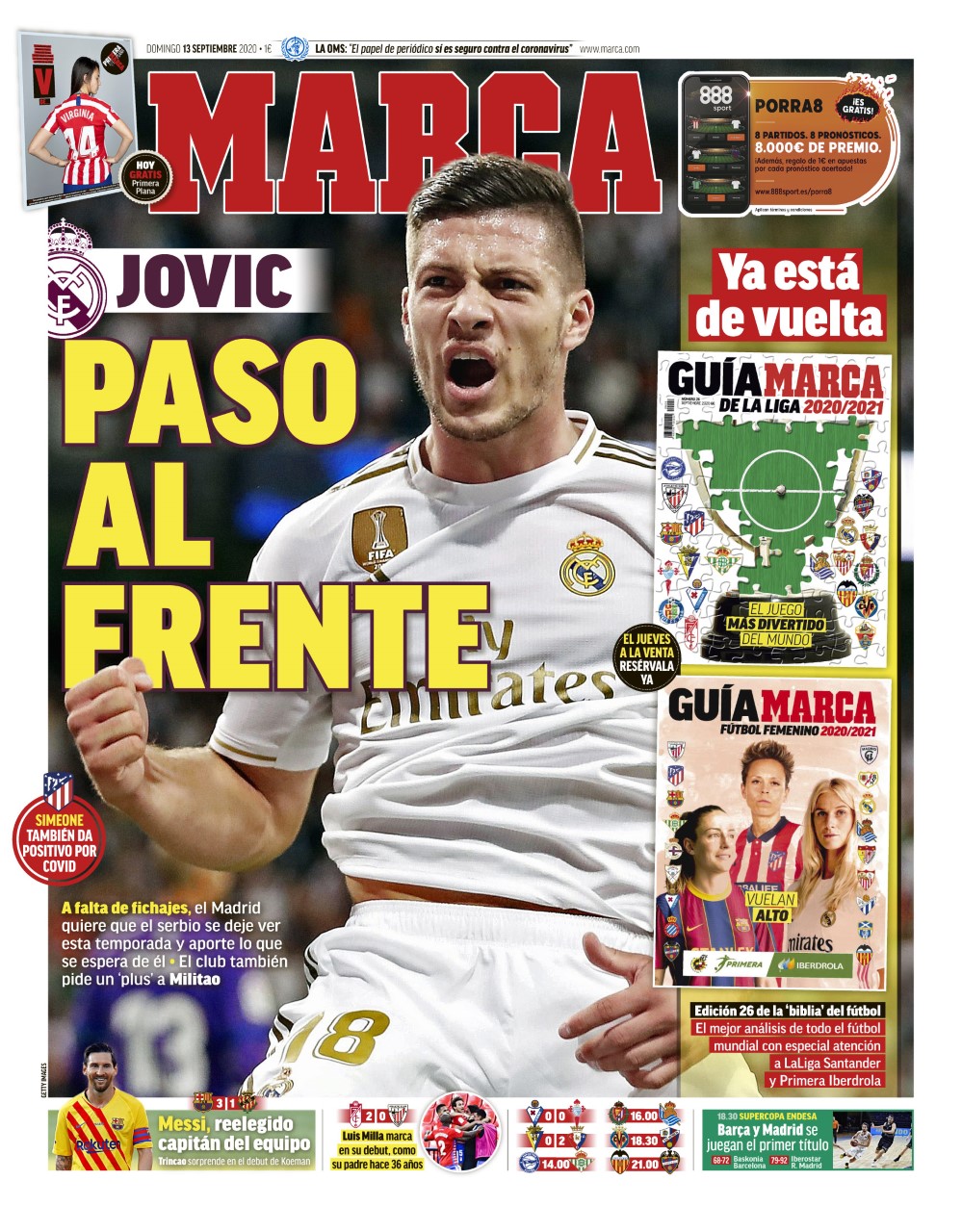 REAL MADRID: Jovic Steps Forward - In the absences of new signings at Real Madrid this summer, Los Blancos want the Serbian international to play a role this season. Zinedine Zidane is also expected to keep hold of Eder Militao this summer. 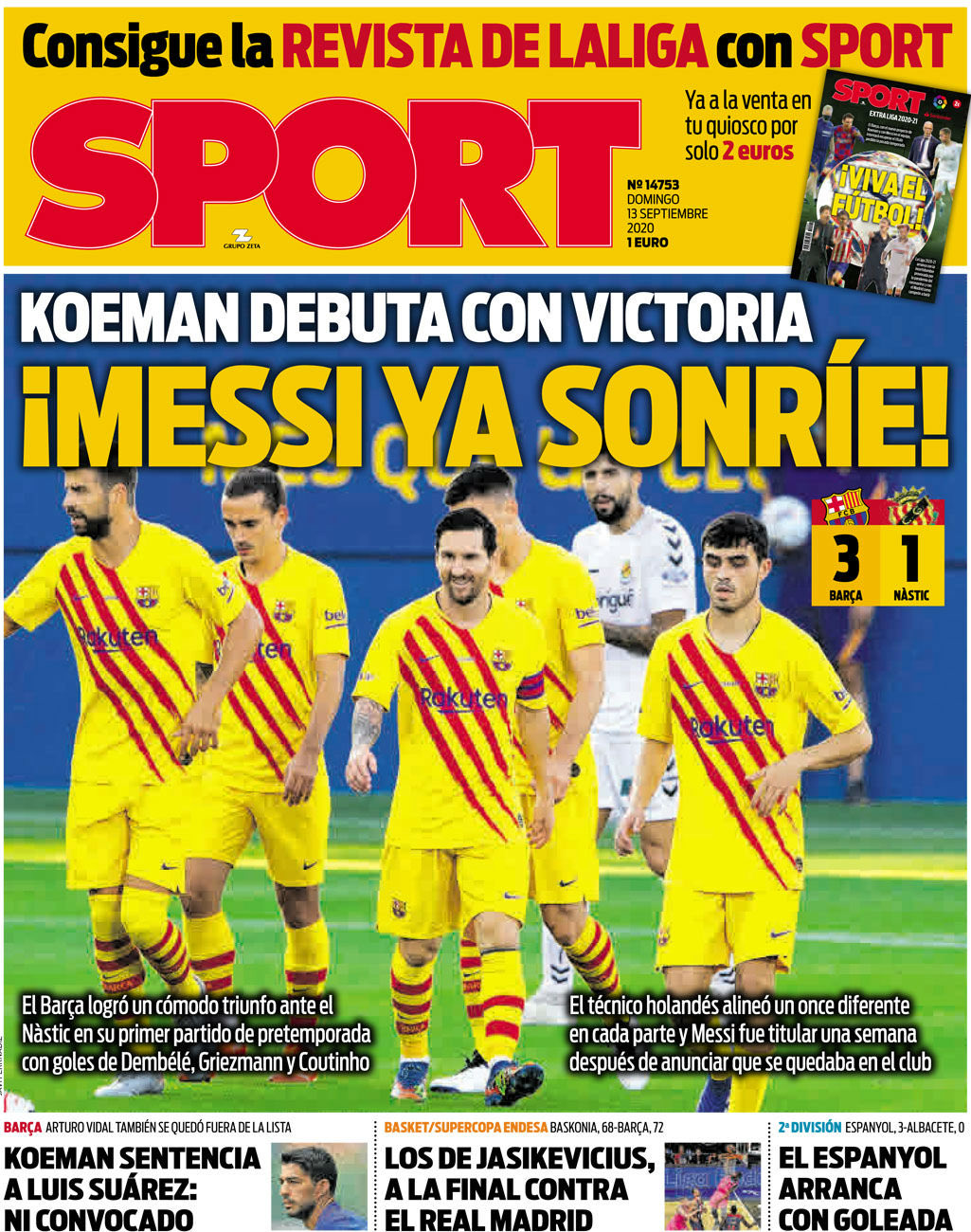 BARCELONA: Koeman debuts with a victory and Messi smiles again - Barcelona picked up their first win of preseason with a 3-1 victory over Gimnastic di Tarragona, with Ousmane Dembele, Philippe Coutinho and Antoine Griezmann all scoring. Koeman reiterated after the game that Messi remains a key player for the club ahead of the coming season. 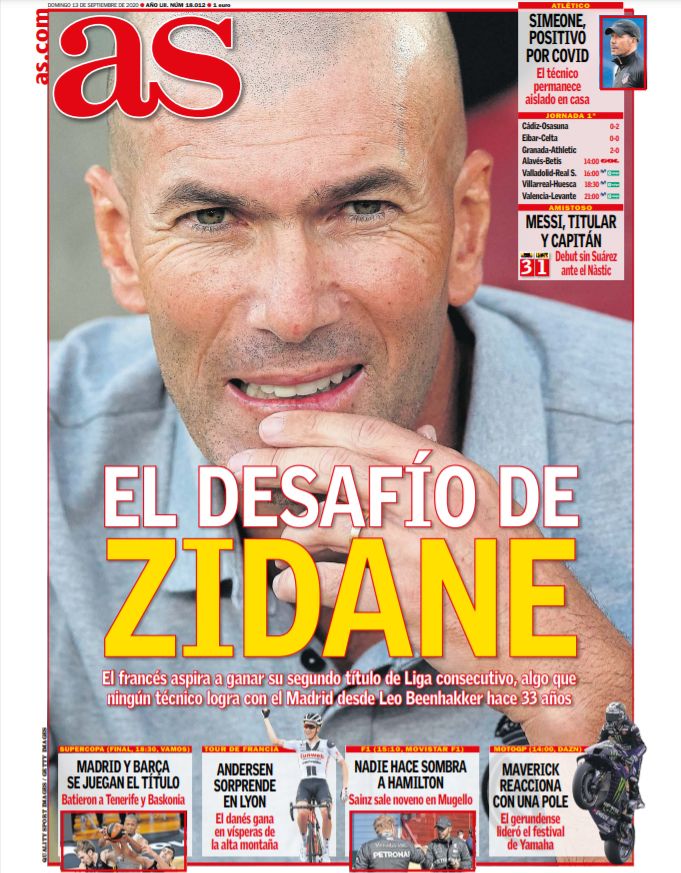 REAL MADRID: The Challenge of Zidane - The Frenchman wants to win a second successive La Liga title at Real Madrid, a feat not achieved at the club since the tenure of Leo Beenhakker between 1986 and 1989. ATLETICO MADRID: Atletico Madrid manager Diego Simeone tests positive for Covid-19 following a round of PCR testing at the club.