They are not brothers on the pitch - Nacho Fernandez of Real Madrid prepares to face up to his brother Alex of Cadiz in this weekend’s La Liga clash. They will play in Valdebebas, where they were both developed as players. Football gets ripped - is Adama Traore’s physique one of future players? An investment of €379m in four years - investment in Atletico Madrid Cristiano rushes to play against Barcelona - tested positive for Covid-19 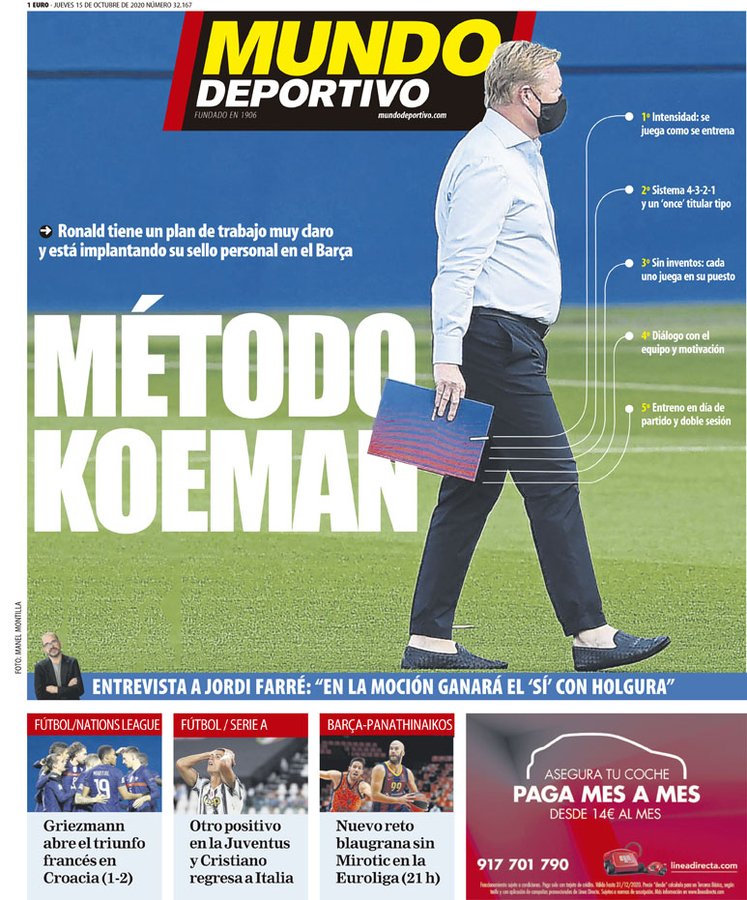 Koeman’s method - the Dutchman has a clear working plan for Barcelona and he is imposing himself on the club. His intensity in training and matches, his 4-2-3-1 formation, each one game played on its merits, dialogue with the team and motivation, double training sessions Griezmann scores for France - beats Croatia 2-1 Another Juve positive after Cristiano returns to Italy 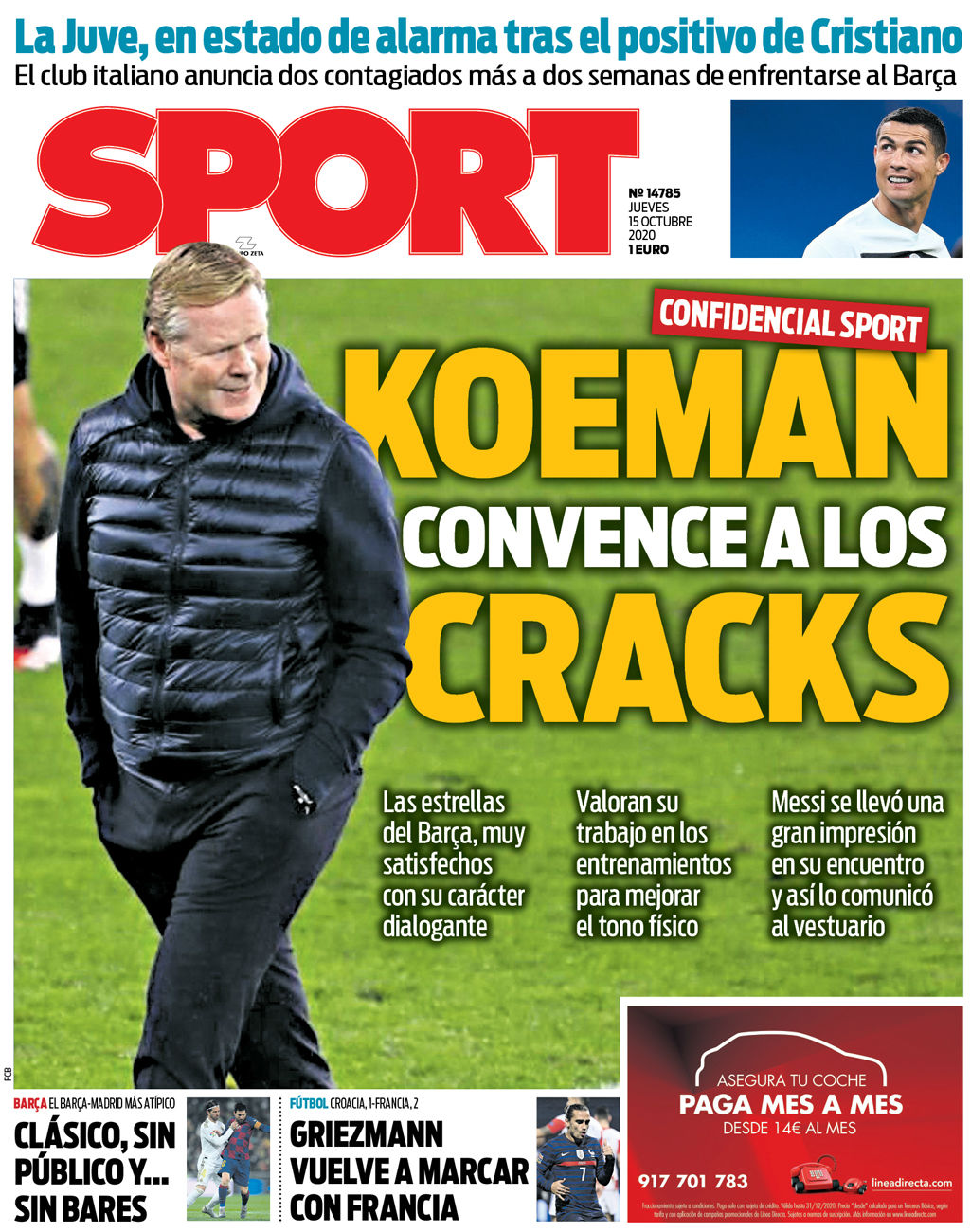 Koeman convinces the cracks (stars) - the stars of Barça, very satisfied with Koeman's dialoguing character. They value his work in training to improve their physical tone and Messi has made a big impression Juve is in a state of alarm after Cristiano's positive - They have announced two more infections two weeks before facing Barça. El Clasico, without fans and not in bars - latest restrictions in Catalonia Griezmann returns to score with France - in win over Croatia