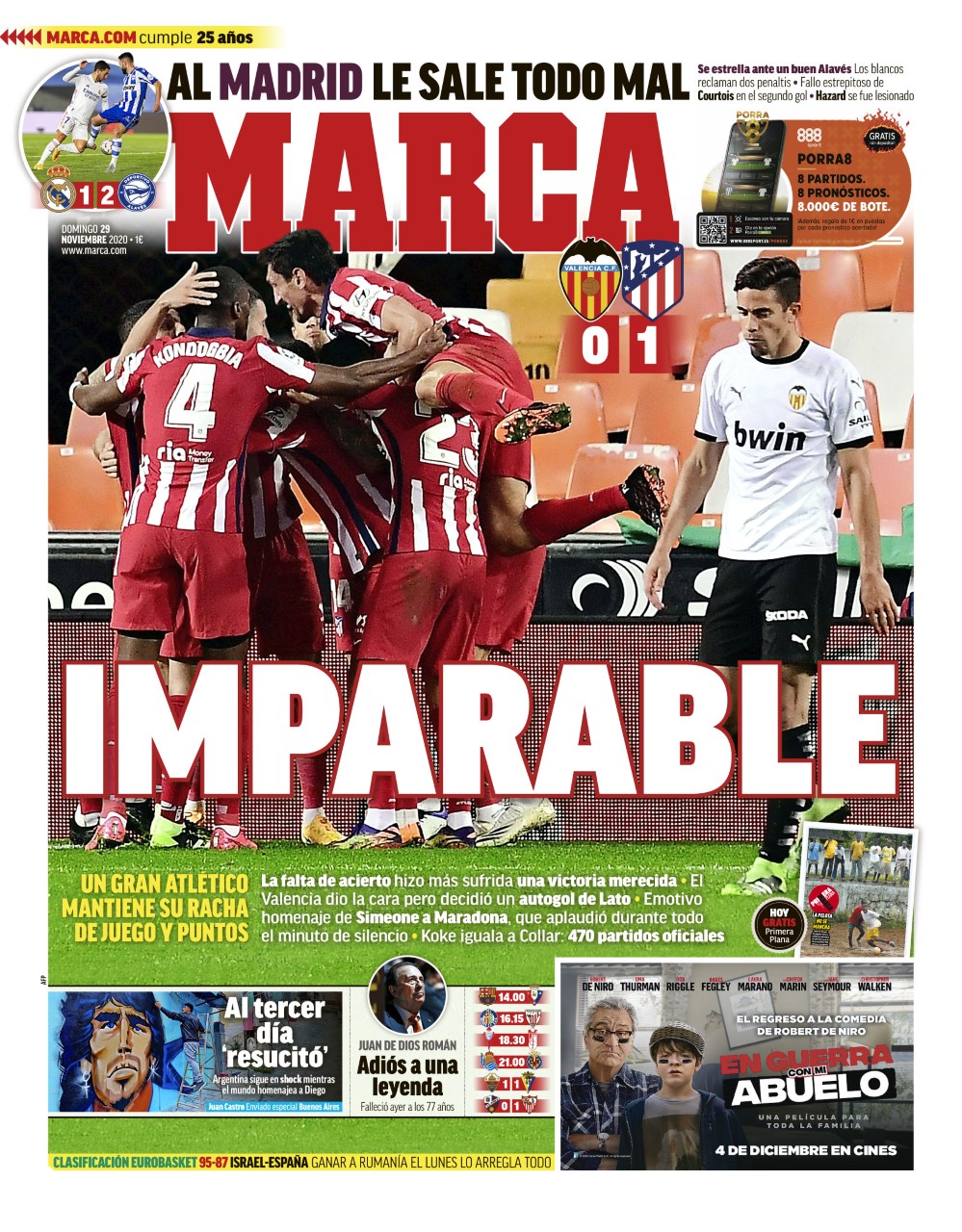 ATLETICO MADRID: Unstoppable - Atletico Madrid extend their unbeaten start to the 2020/21 La Liga season with a 1-0 win away at Valencia. Diego Simeone's side missed a host of chances, but secured a well deserved win at the Estadio Mestalla via an own goal by Valencia's left back Toni Lato. Emotional tribute paid to Diego Maradona from Diego Simeone who applauded during the entire pre-match minute of silence. Koke equals Enrique Collar with 470 official matches played with Atletico Madrid. 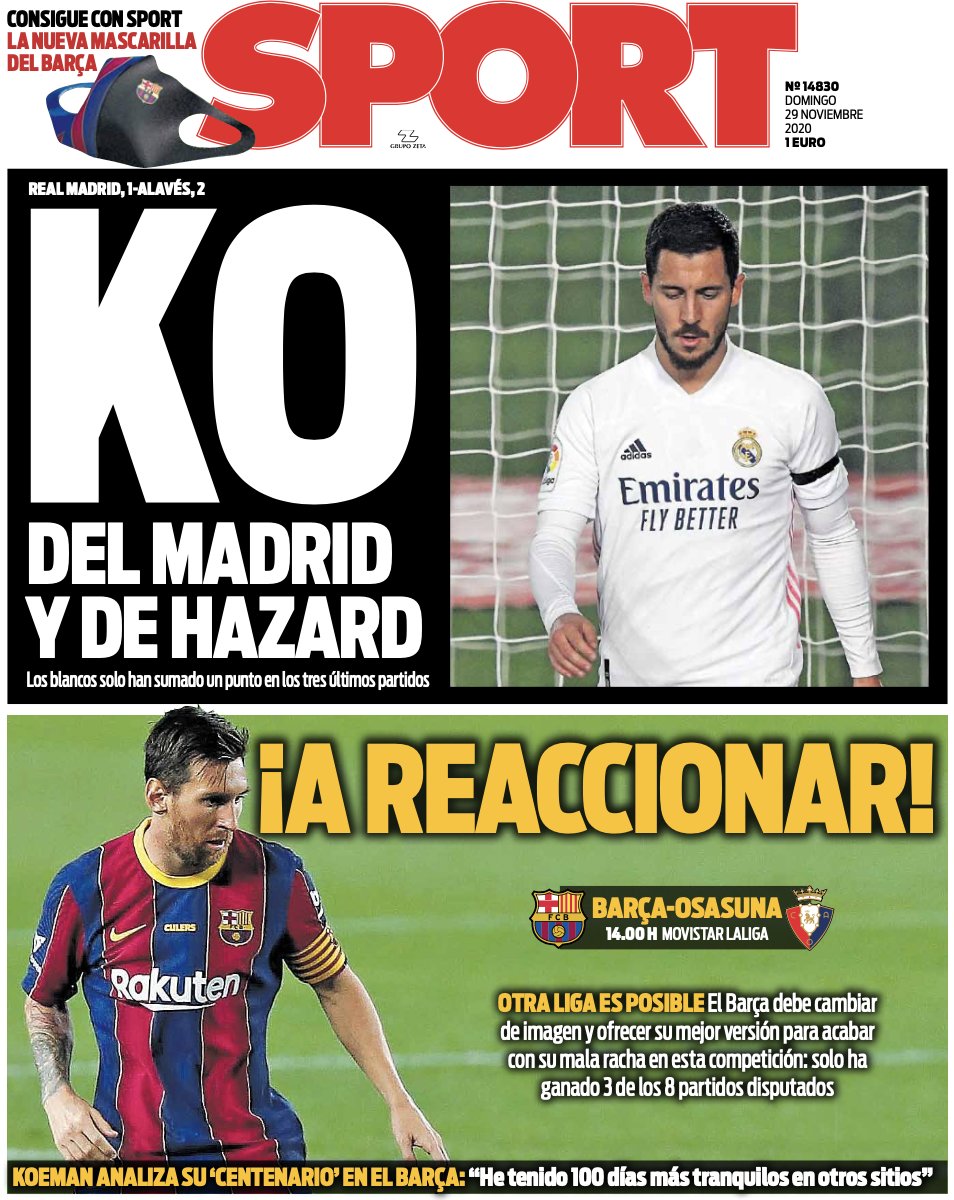 REAL MADRID: Eden Hazard KO - The Belgian international suffers an injury in Real Madrid's 2-1 defeat to Alaves as Zinedine Zidane's side fail to win for the third La Liga game in a row. BARCELONA: To React - Another La Liga title race is possible if Barcelona can change their image and offer a better version of themselves on the field as Ronald Koeman's side have won just three of their eight league games so far in 2020/21. 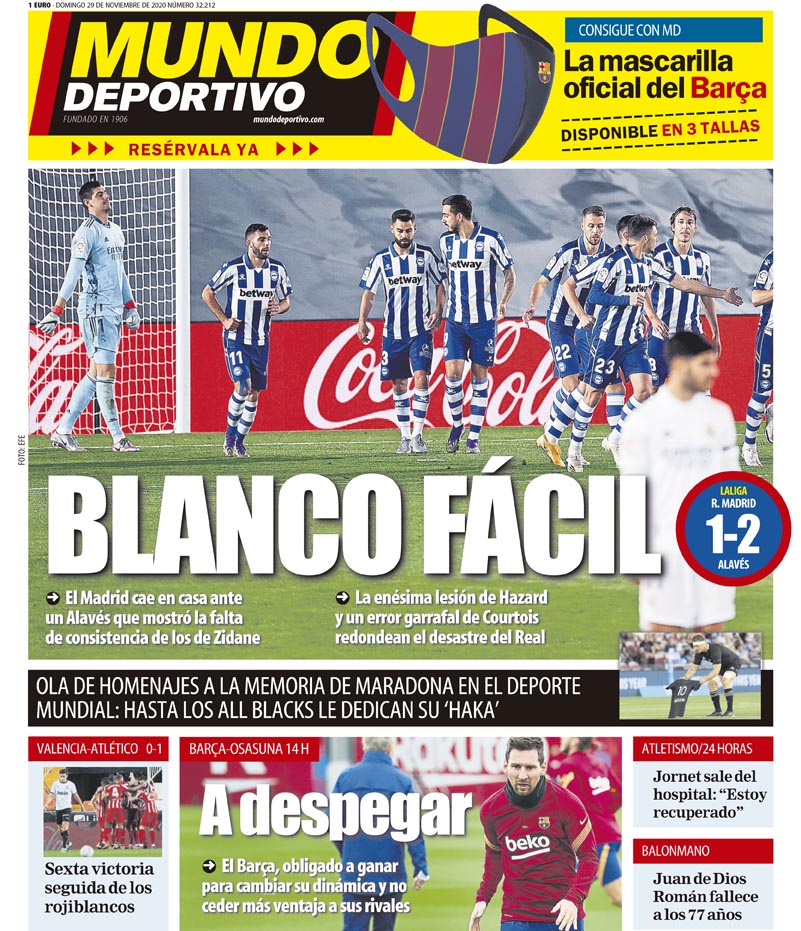 REAL MADRID: Easy Target - Zinedine Zidane's Real Madrid lose 2-1 at home to Alaves as Los Blancos inconsistent run continues. A major error from Thibaut Courtois gifted Alaves the win as Eden Hazard was forced off with a first half injury.