Today’s Spanish Papers: Real Madrid to stay in Pamplona ahead of Supercopa clash in Malaga and Antoine Griezmann is ‘reborn’ in 2021 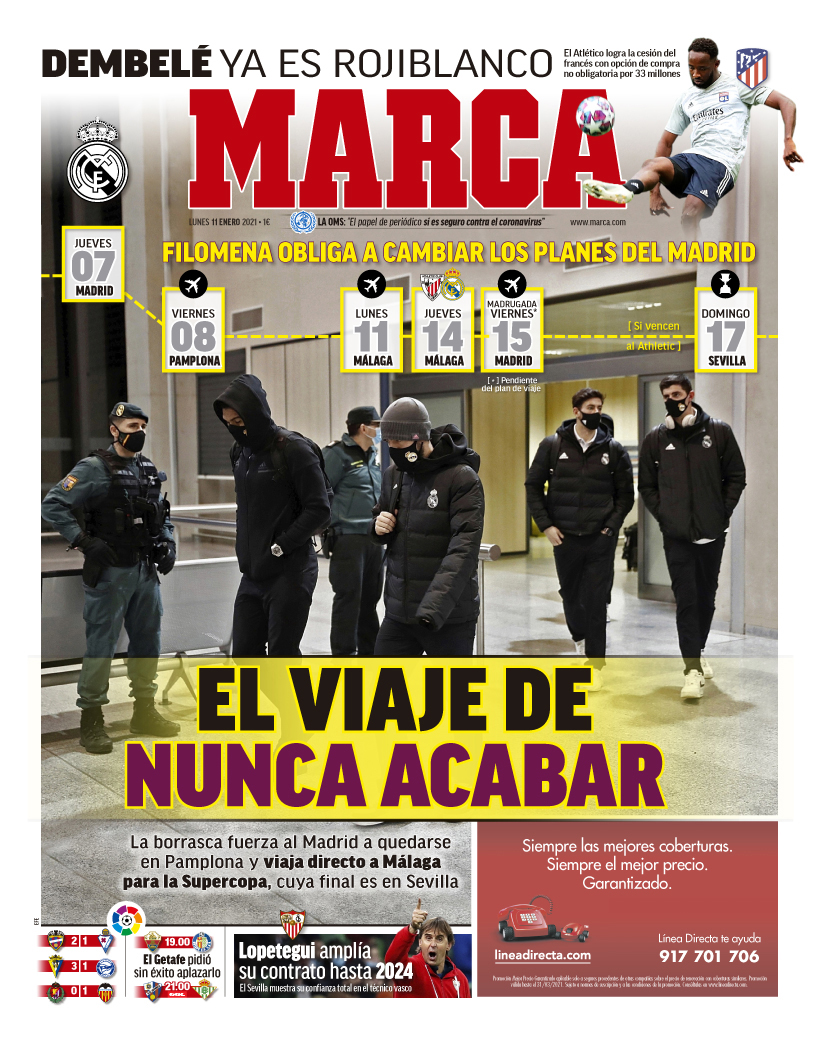 REAL MADRID: The Never Ending Journey - The worsening snow storms in Spain force Real Madrid to stay on in Pamplona and they will travel directly to Malaga for their Spanish Supercopa clash with Athletic Club next week. The could potentially stay in Malaga after the semi final depending on the evolving weather situation. 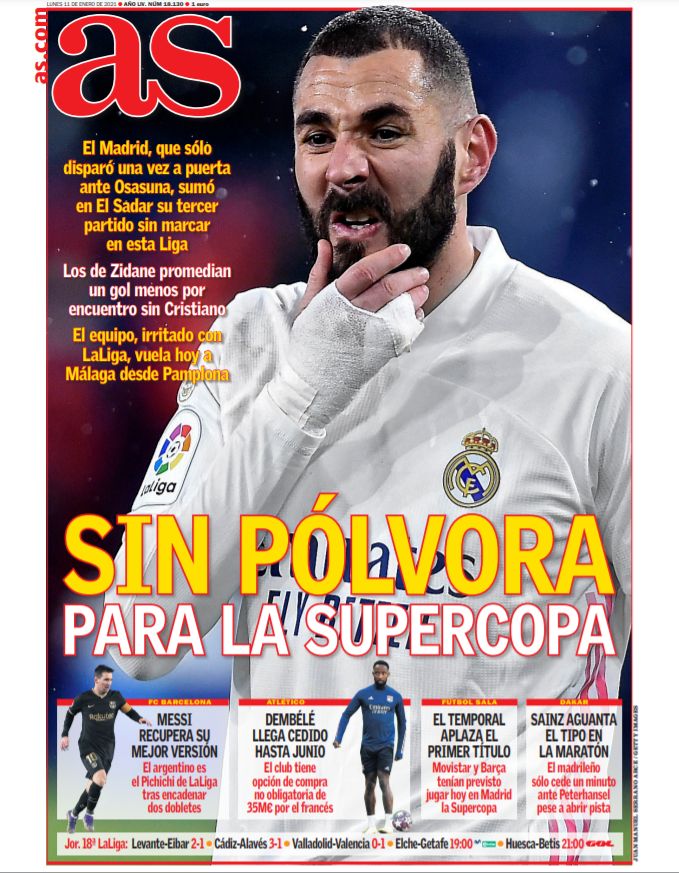 REAL MADRID: No Dynamite for the Supercopa - After registering just one shot on target in their 0-0 La Liga draw at Osasuna this weekend Los Blancos hitman faces a fourth successive game without scoring ahead of their midweek Spanish Supercopa clash with Athletic Club. 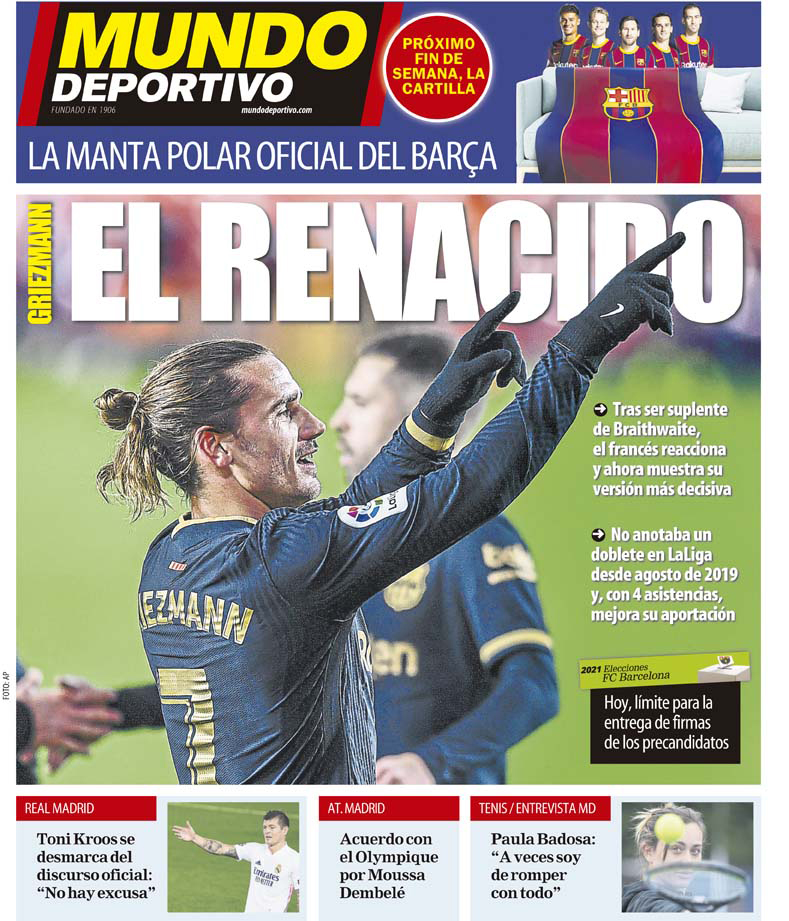 BARCELONA: Griezmann is reborn - After playing a back up role to Martin Braithwaite in recent weeks, French international Antoine Griezmann has offered a reminder of what he is capable of after he netted a La Liga brace for the first time since August 2019 in the 4-0 weekend win over Granada to put the Catalans back in third place.