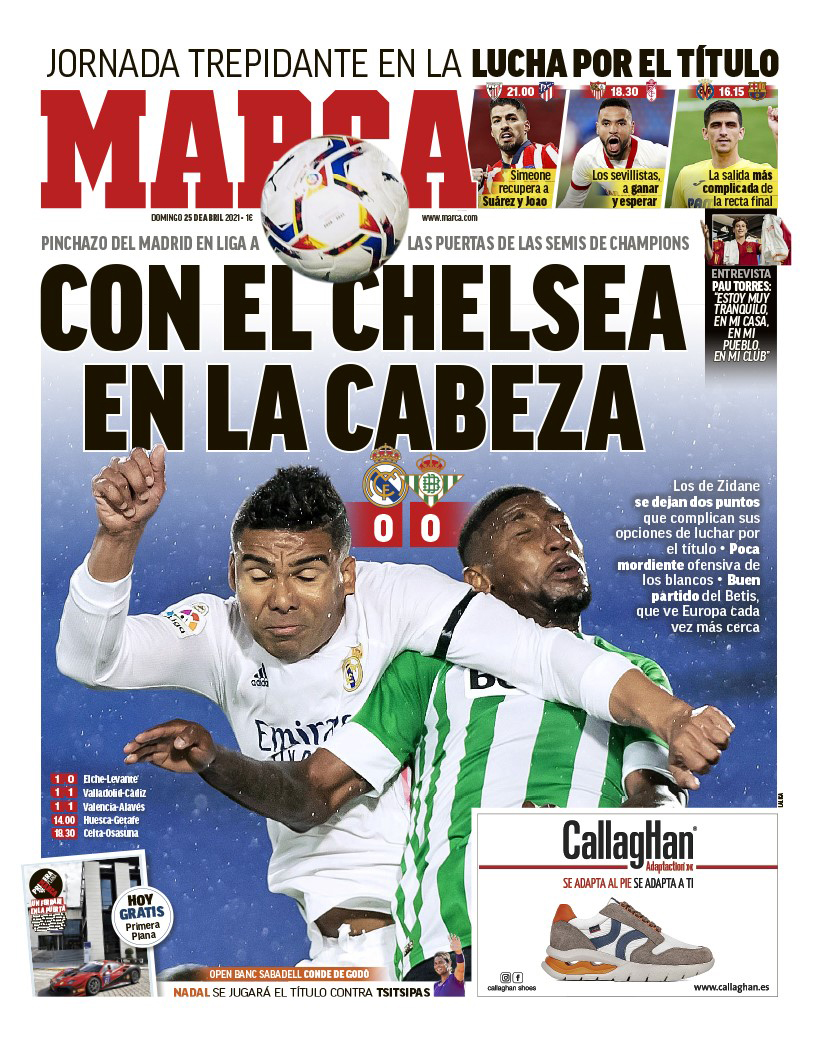 REAL MADRID: With Chelsea ON Their Mind - Zinedine Zidane's side dropped two points in the La Liga title race following their 0-0 draw with Real Betis with the battle for the league becoming more complicated. Zinedine Zidane will need a reaction from his stars as they prepare to face Chelsea in midweek action in the Champions League semi final. 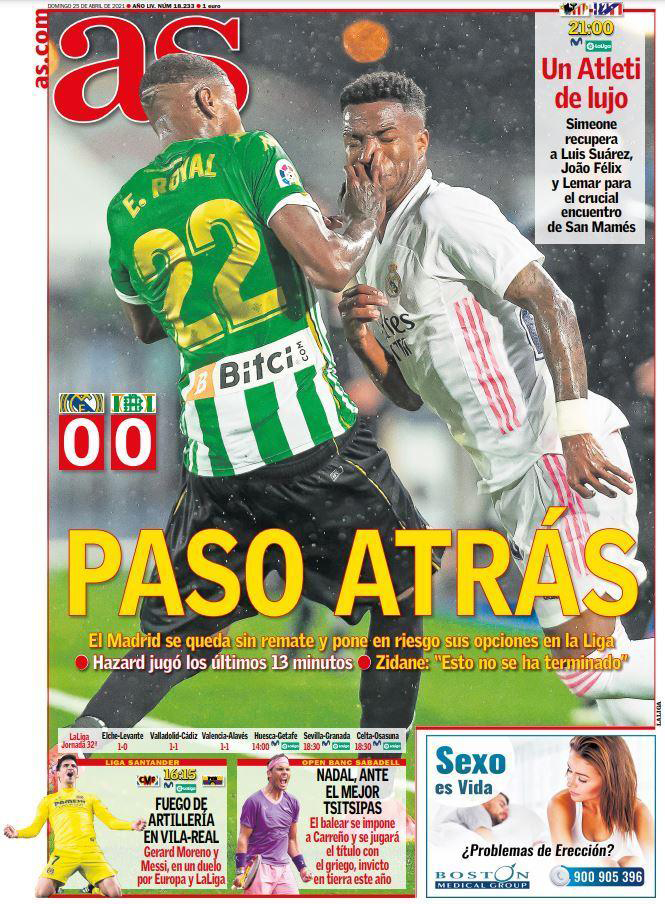 REAL MADRID: Step Back - Real Madrid's 0-0 draw with Real Betis restricts their chances to win the La Liga title again this season. Eden Hazard returned with a 13 minute cameo against the Andalucians as Zinedine Zidane claims the title race is far from over. 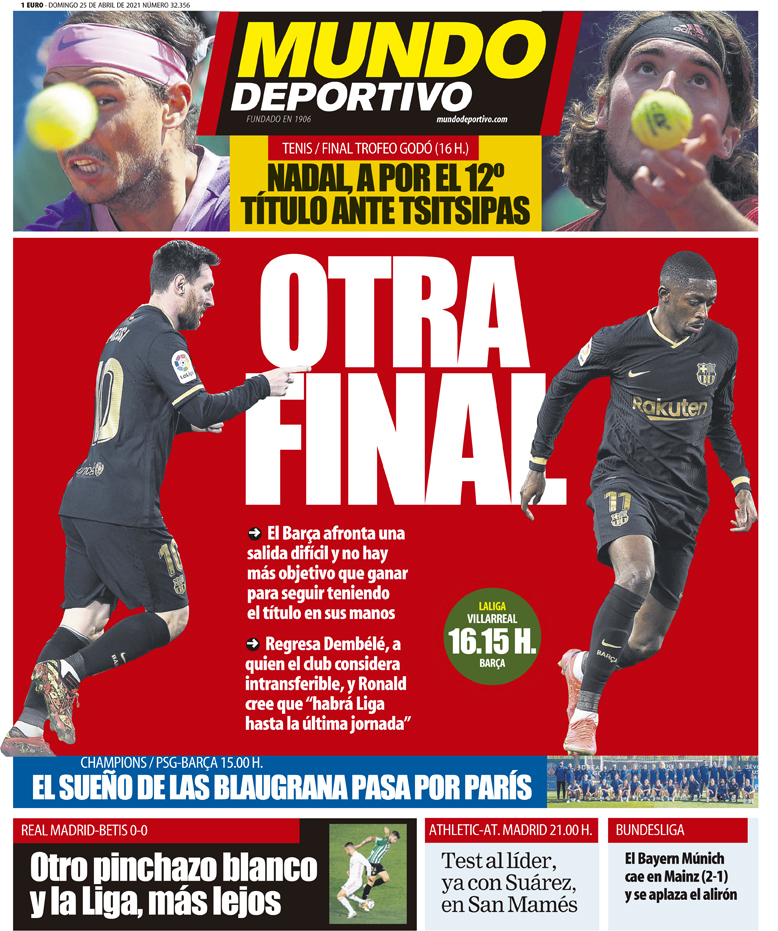 BARCELONA: Another Final - Barcelona face a crucial tie against Villarreal with nothing more than a win absolutely necessary for them against Unai Emery's side. French star Ousmane Dembele returns to the squad after the club claimed he is 'untransferable' and Ronald Koeman admits the league will remain fiercely contested until the final day.