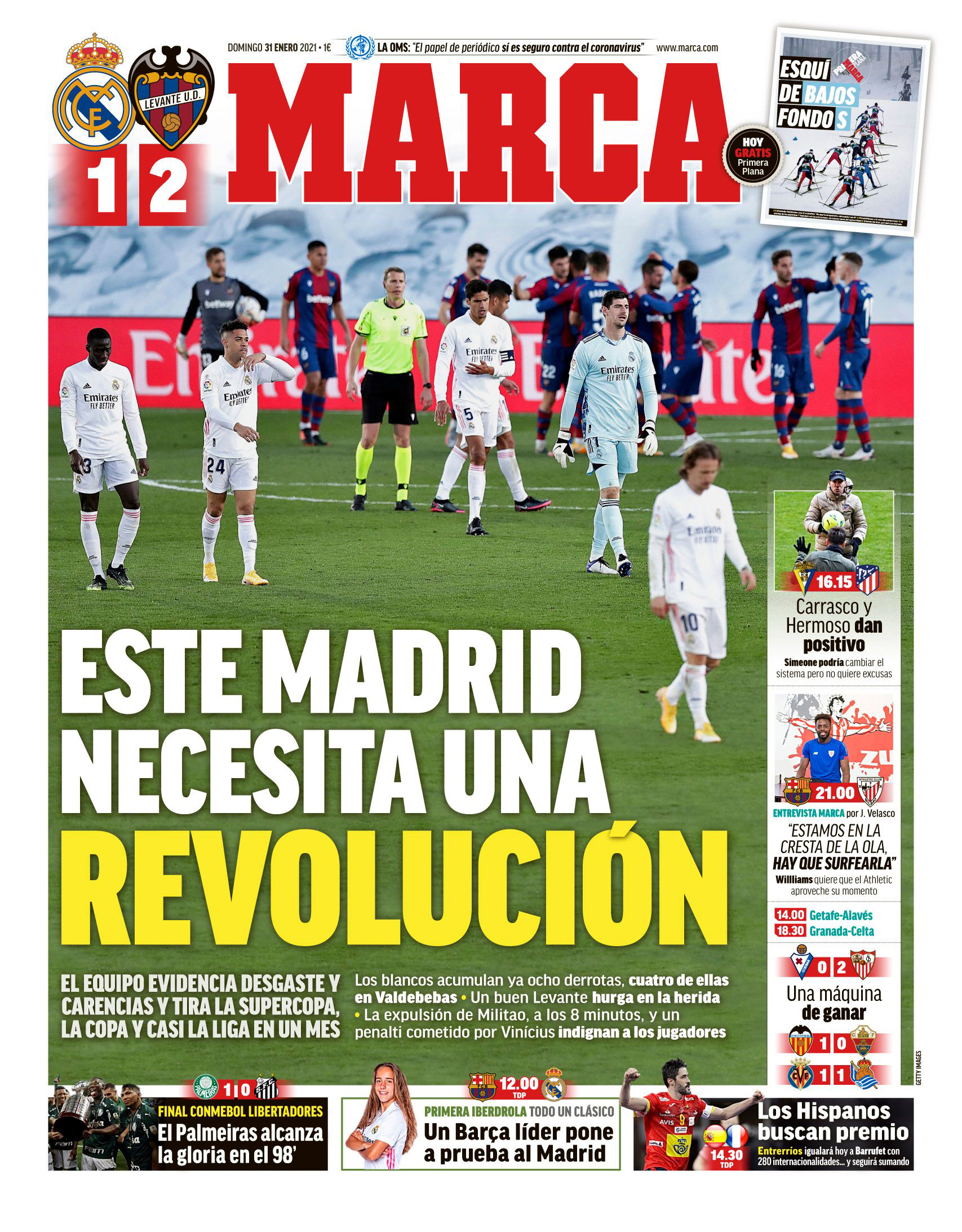 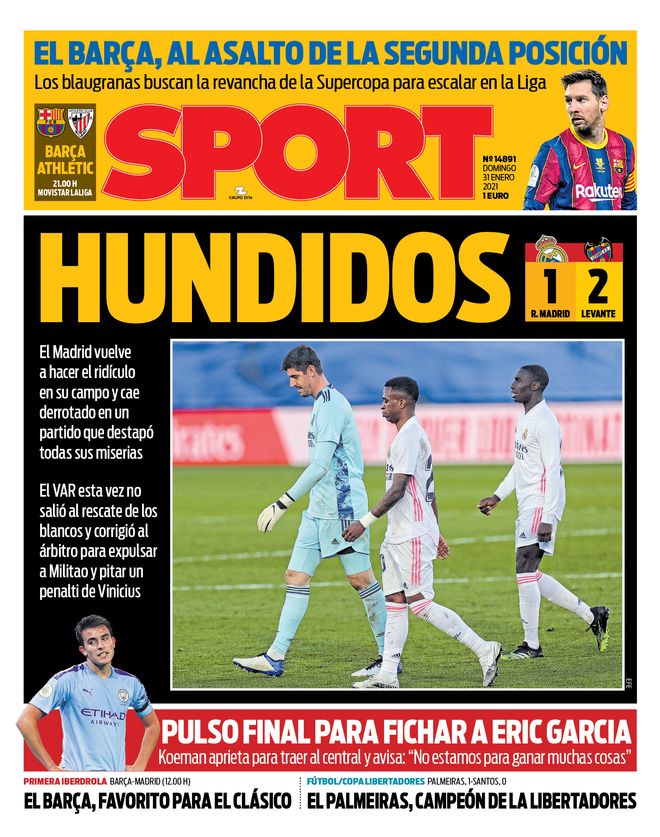 REAL MADRID: Sunk - Real Madrid return to La Liga action but make a fool of themselves with a shock 2-1 defeat at home to Levante. VAR was unable to rescue Los Blancos from another loss as it confirmed Eder Militao's red card and dismissed a penalty shout in favour of Vinicius Junior. 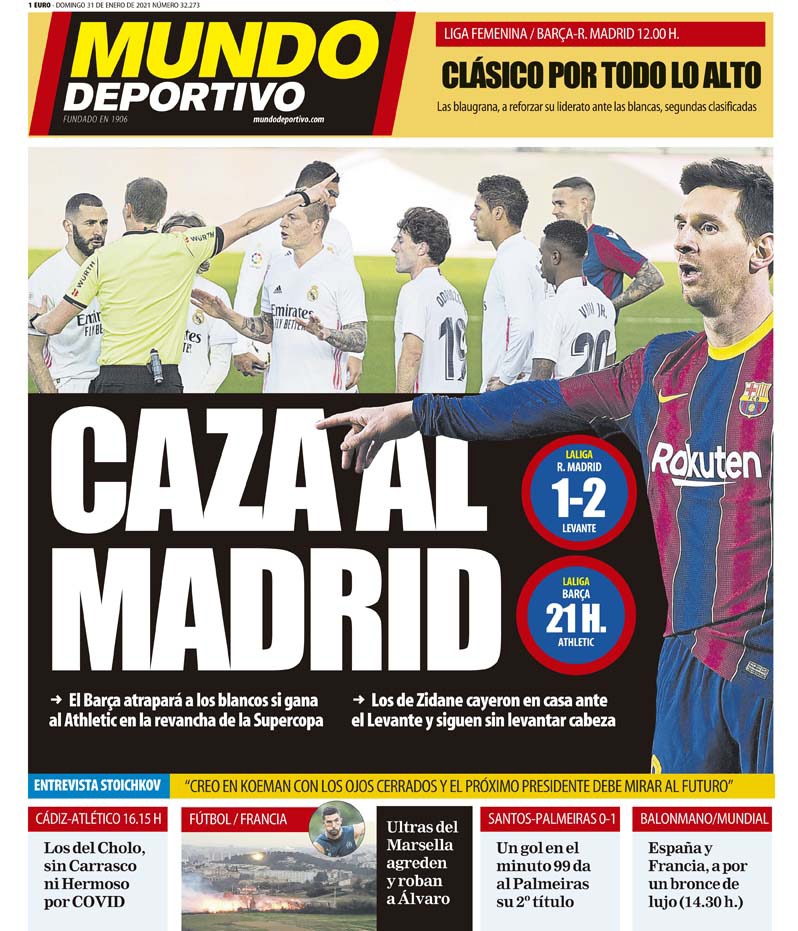 BARCELONA: Hunting Madrid - Barcelona will be pushing to catch rivals Real Madrid in the La Liga title race as they host Athletic Club tonight in a repeat of this month's Supercopa final. Zinedine Zidane's side continued their poor run of form in 2021 with a 2-1 defeat to Levante.