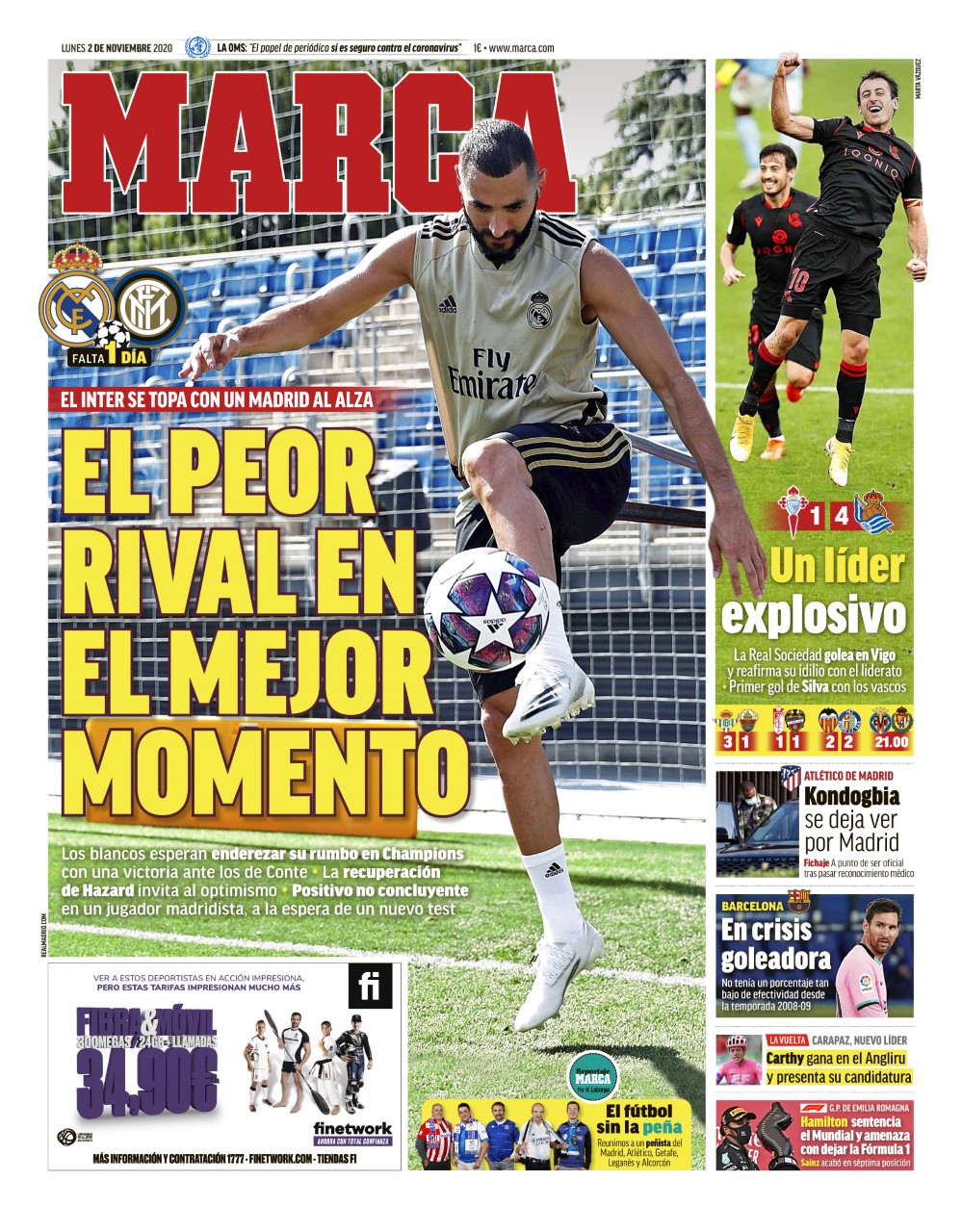 REAL MADRID: The worst rival in the best moment - Real Madrid prepare to host Antonio Conte's Inter Milan in their crunch Champions League action in midweek. The returning Eden Hazard is also expected to start against the Serie A side. ATLETICO MADRID: Atletico Madrid are set to complete a move for Valencia star Geoffrey Kondogbia in the next few days after he arrived in Madrid for a medical. 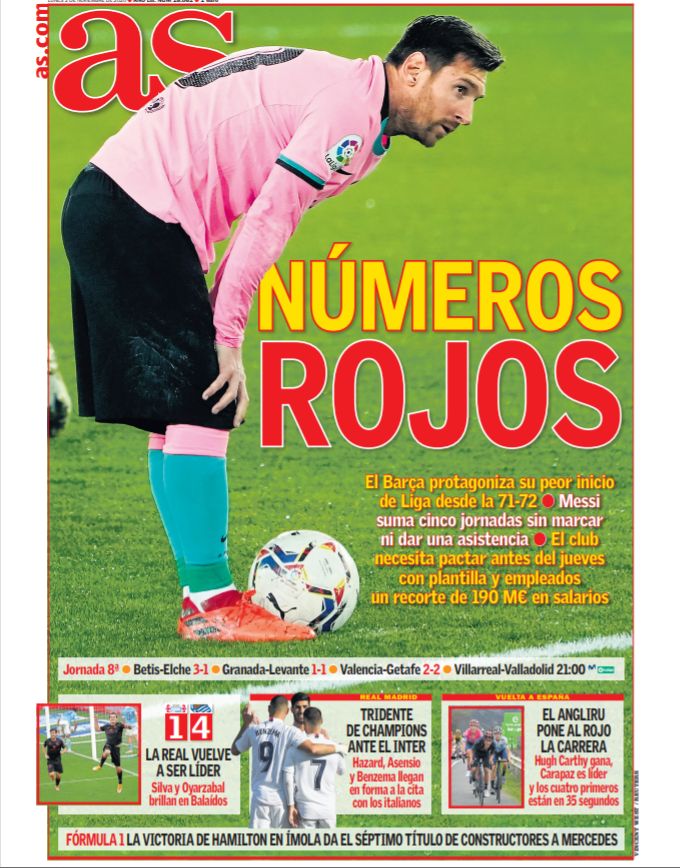 BARCELONA: Numerous Red Flags - Barcelona are enduring their worst start to a La Liga season since 1972/73 with Lionel Messi also in his poorest run of early season form in five years. The club will also begin talks on their controversial plans to impose a salary cut on the first team this week. 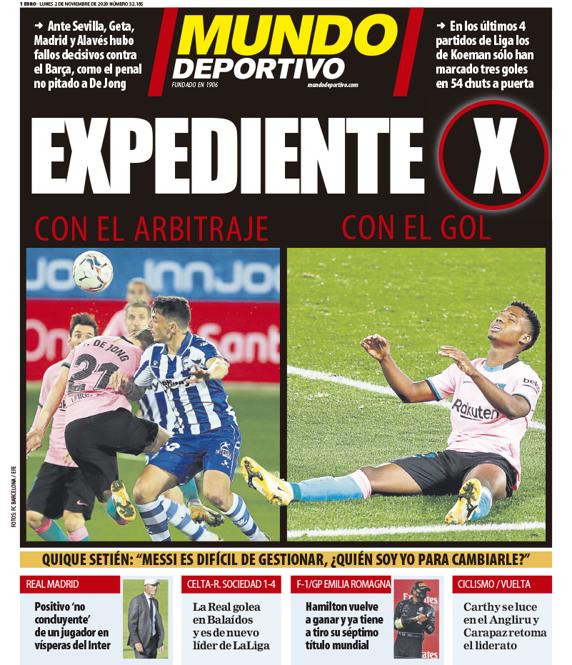 BARCLEONA: Proceedings X - Barcelona war against VAR continued this weekend as Frenkie De Jong was denied a penalty against Alaves and Ansu Fati had a goal ruled out for Ronald Koeman's side.