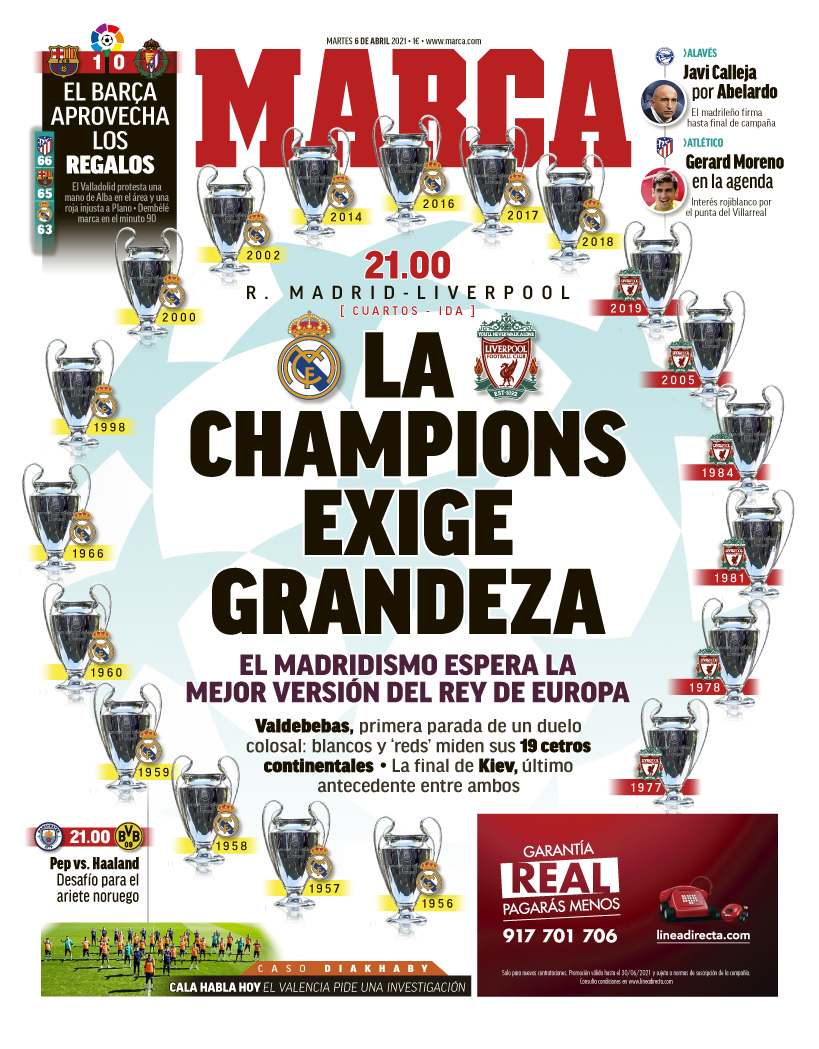 REAL MADRID: The Champions Demand Greatness - Real Madrid prepare for their high stakes Champions League clash with Liverpool in the Spanish capital. The two clubs have 19 continental titles between them with their most recent meeting coming in the 2018 final in Kiev. 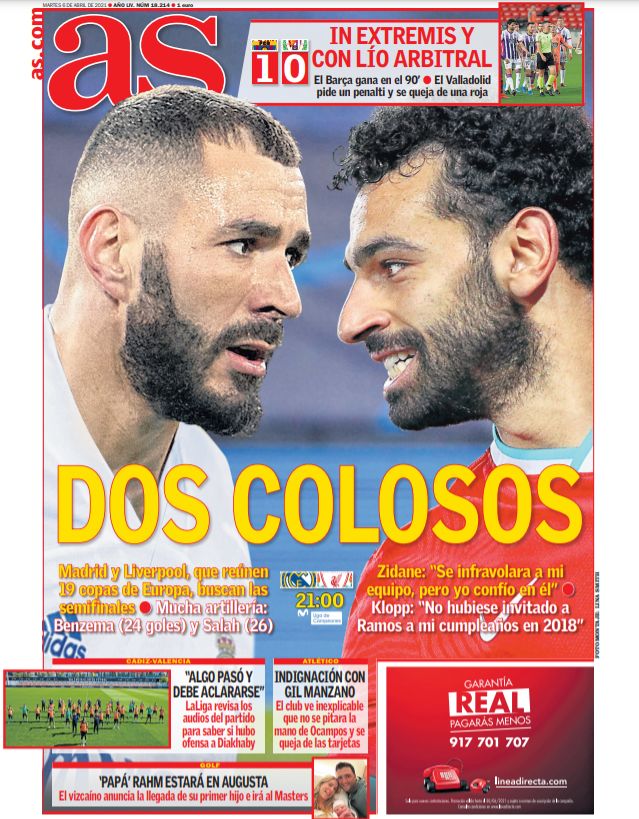 REAL MADRID: Two Colossuses - Real Madrid and Liverpool face off with the pair having 19 European titles between them as the pair look for a place in the semi finals. Karim Benzema and Mo Salah could be the key battle with 24 and 26 goals respectively this season. Zinedine Zidane claims his side are undervalued but he trusts them as Jurge Klopp states he would not have invited Sergio Ramos to his birthday following the 2018 final loss.
BARCELONA: A Championship Goal - Ousmane Dembele's last minute goal sealed a crucial 1-0 win over Real Valladolid as Barcelona move to within a point of La Liga leaders Atletico Madrid following a rousing half time message from Lionel Messi.