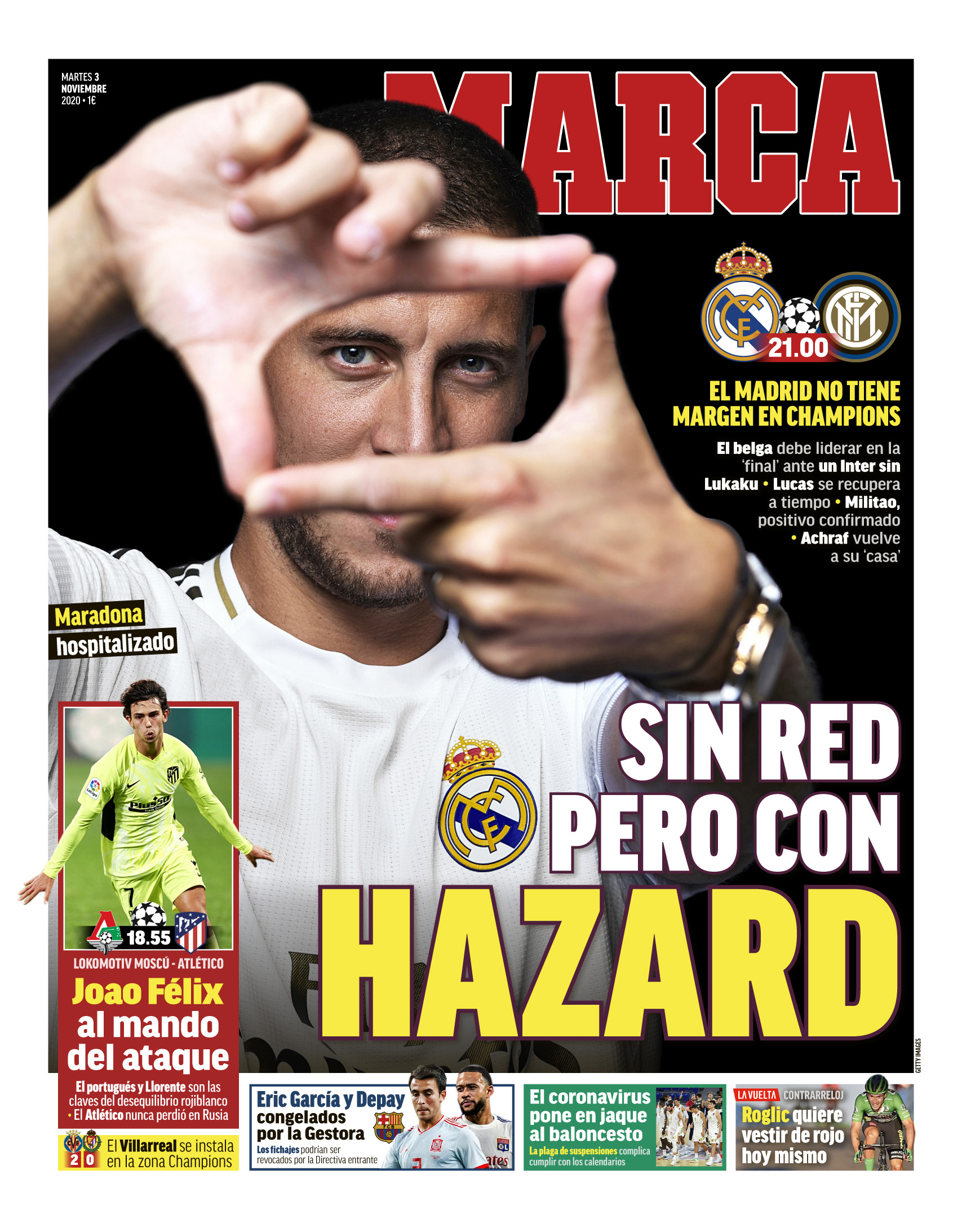 REAL MADRID: Without a safety net but with Hazard - Real Madrid have no margin for error as they host Inter Milan in Champions League action. Belgian international Eden Hazard is set to play a leading role in this 'final' against Inter, with international teammate Romelu Lukaku sidelined. Lucas Vazquez is set to be fit in time to play but Eder Militao misses out after testing positive to coronavirus. 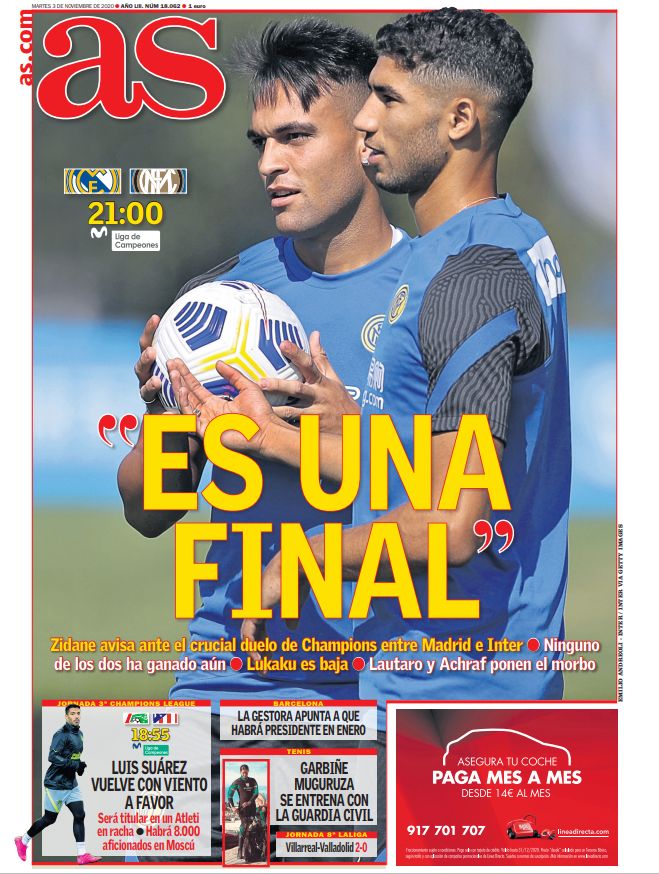 REAL MADRID: It is a final - Real Madrid boss Zinedine Zidane has warned his side face a crunch clash in the Champions League against Inter Milan. Neither team have won a game in Europe so far this season. Romelu Lukaku is set to miss out through injury but Achraf Hakimi and Lautaro Martinez will start. 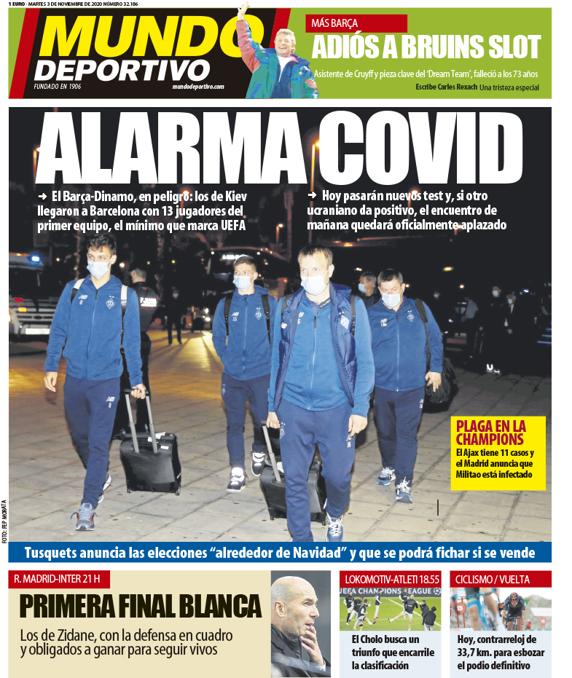 BARCELONA: Covid Alarm - Barcelona's Champions League clash with Dynamo Kiev could be cancelled after eight players from the Ukrainian club testing positive for Covid-19. Kiev could be forced to play the game if they can name 13 players in their squad.