Friday’s front page headlines from Marca, Diario AS and Diario Sport, in English! 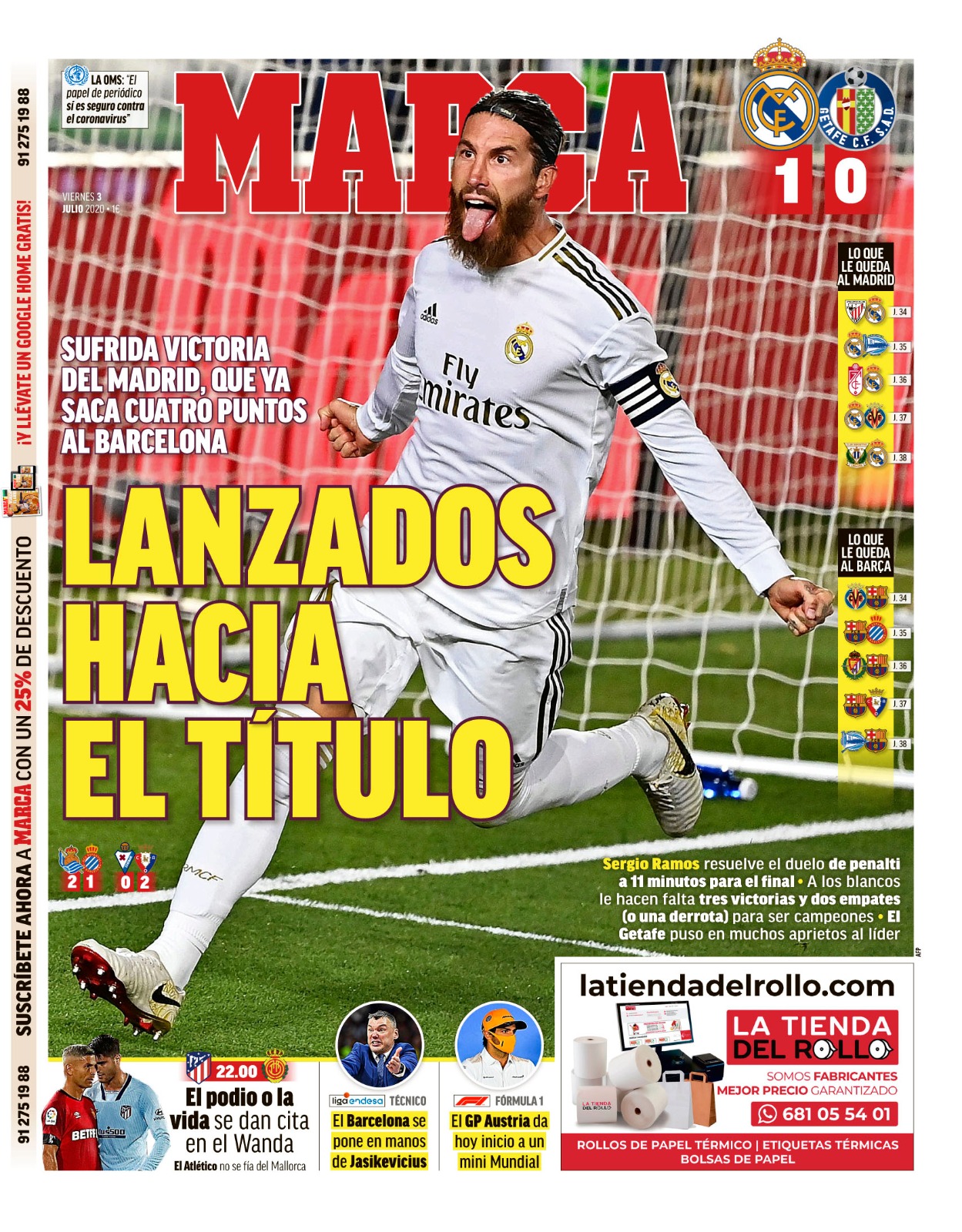 REAL MADRID: Accelerate to the title - Real Madrid suffered in their 1-0 La Liga win at home to Getafe, with Zinedine Zidane's side moving four points ahead of rivals Barcelona at the top of the table. Sergio Ramos' late penalty secured the win for Real Madrid, who now need three wins and two draws to win the title. 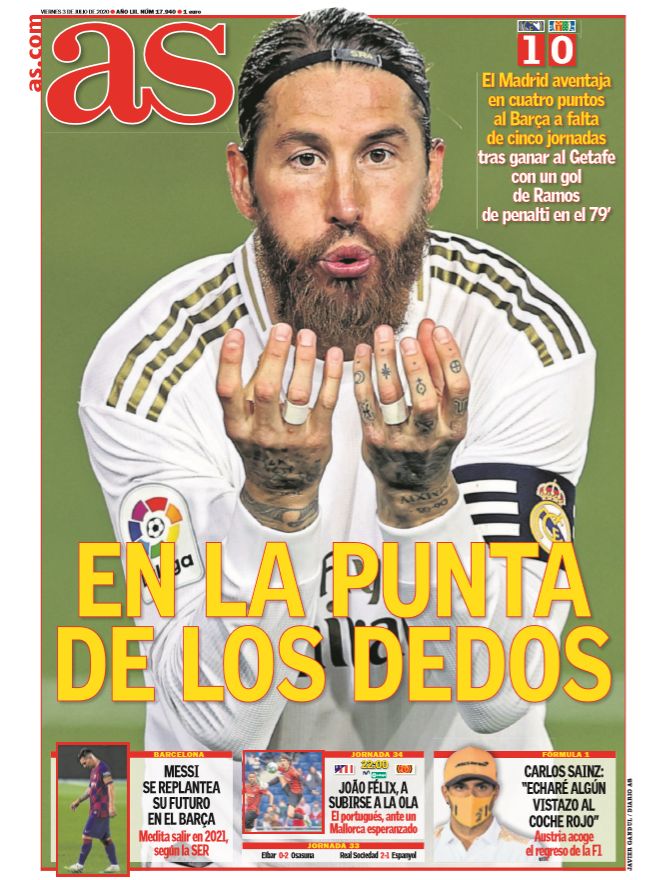 REAL MADRID: At their fingertips - Real Madrid move four points clear of Barcelona at the top of La Liga, with five games to go, and a league title within their reach. BARCELONA: Lionel Messi is considering his future at the club, and could leave in 2021, as per reports from Cadena SER. 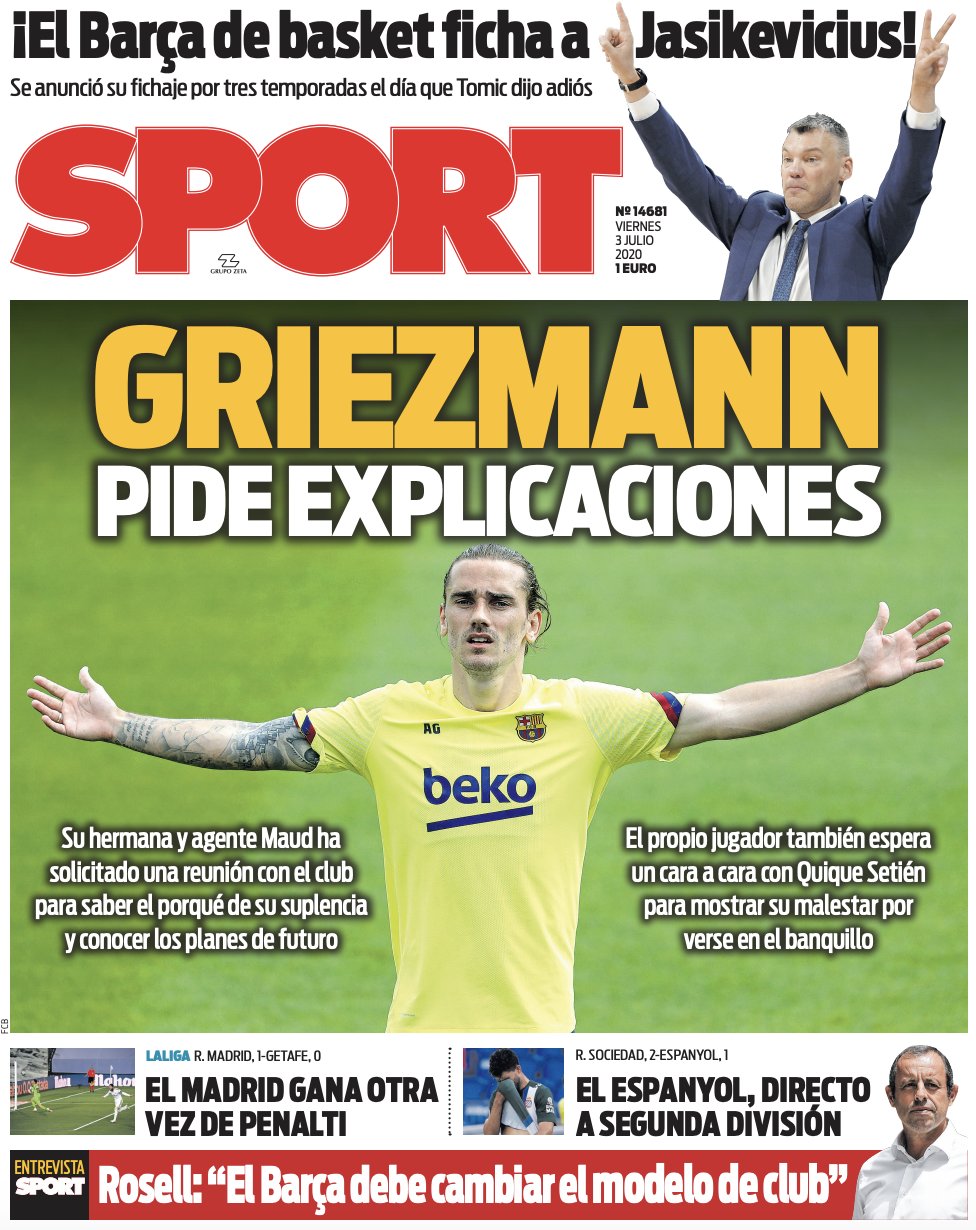 BARCELONA: Griezmann wants explanations - Antoine Griezmann's agent, and sister, have requested a meeting with the club about his substitute role and their future plans for him.