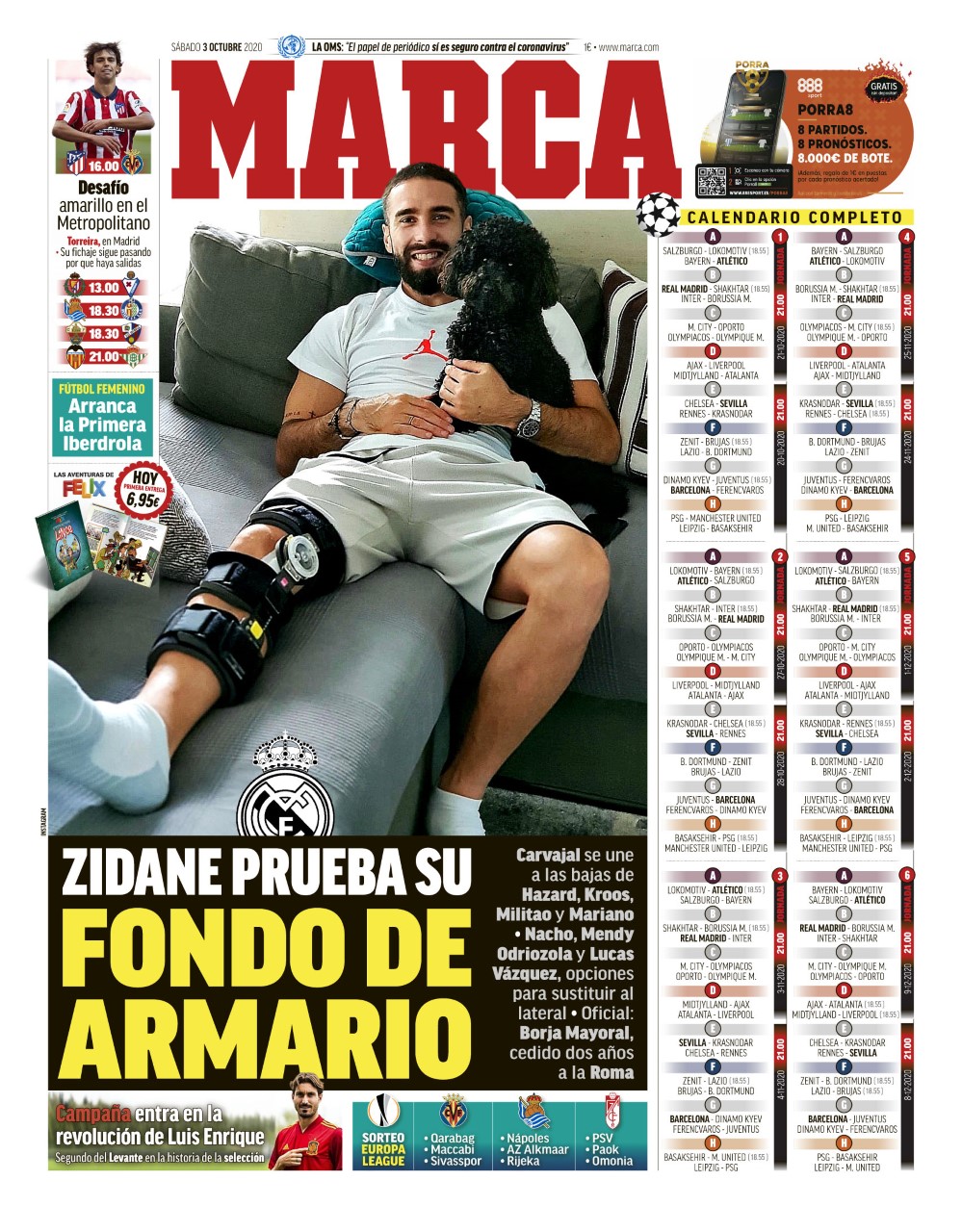 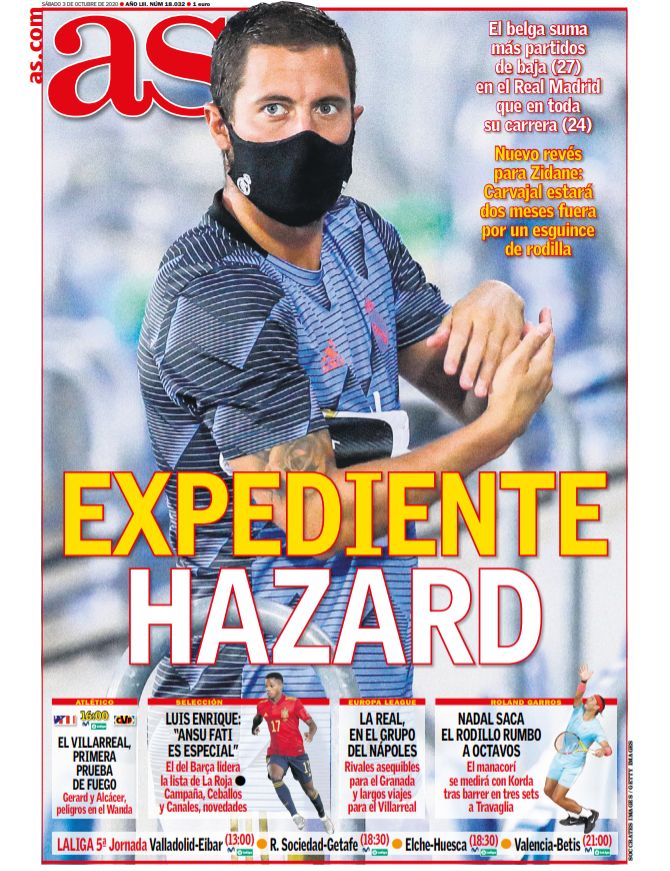 REAL MADRID: Hazard File - The Belgian international is set for his 27 game out injured ahead of the weekend clash with Levante, compared to just 24 appearances in a Real Madrid shirt following his 2019 move from Chelsea. More bad injury news for Zidane as Dani Carvajal is ruled out for two months with a knee injury. 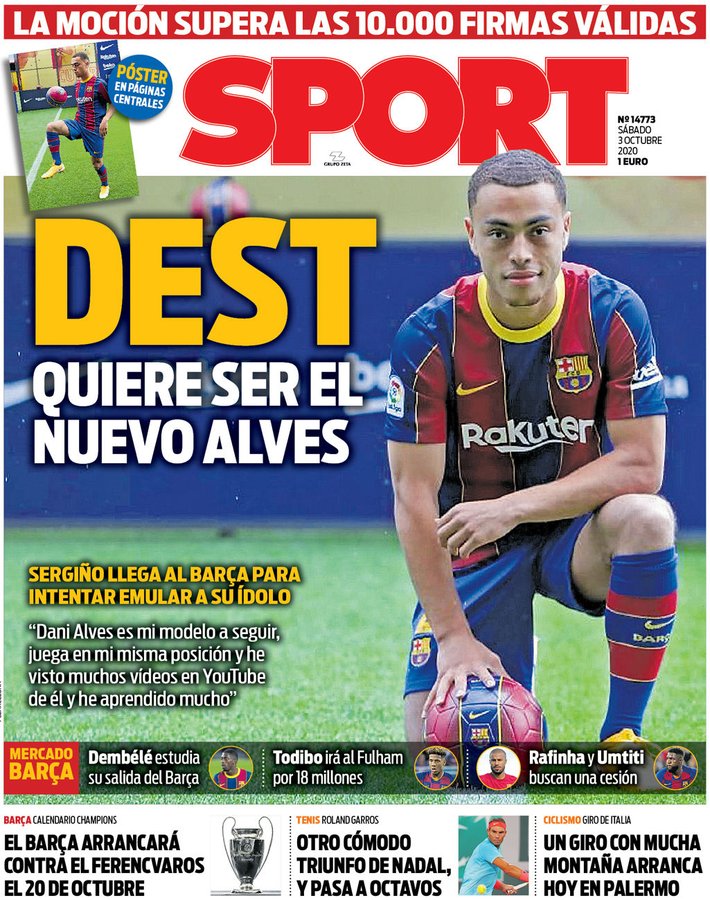 BARCELONA: Dest wants to be the new Alves - Sergino Dest arrives as Barcelona's new signing and he is intent on emulating his idol Dani Alves at the Camp Nou. "Dani Alves is a role model to follow. He played in the same position as me, and I have watched many YouTube videos and learnt a lot about him." BARCELONA: Ousmane Dembele is considering a exit from Barcelona, with Premier League side Fulham offering €18m for Jean-Clair Todibo and Samuel Umtiti and Rafinha looking for new clubs.