Sunday’s front page headlines from Marca, Dario AS and Mundo Deportivo, in English. 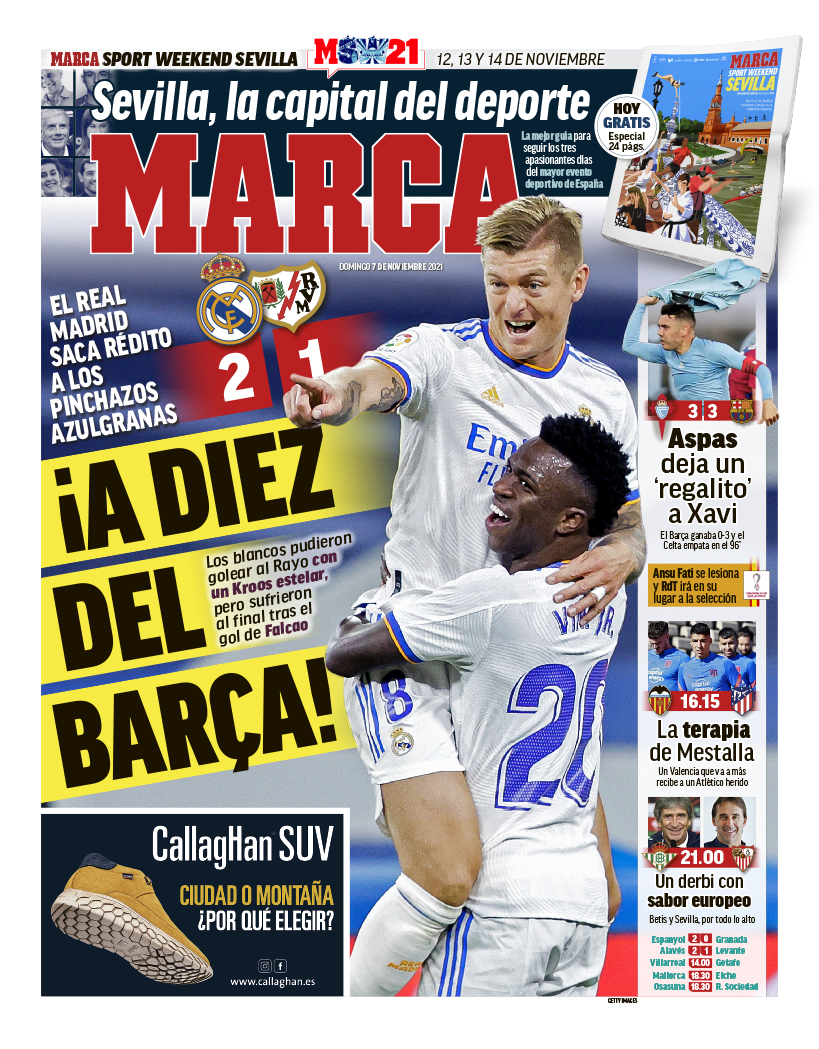 REAL MADRID: Ten to Barcelona - Real Madrid take advantage as Barcelona draw at Celta Vigo. Los Blancos secured a 2-1 win over Rayo Vallecano, via Toni Kroos' fine goal, but they were forced to survive a tense finale after Radamel Falcao's late goal off the bench. 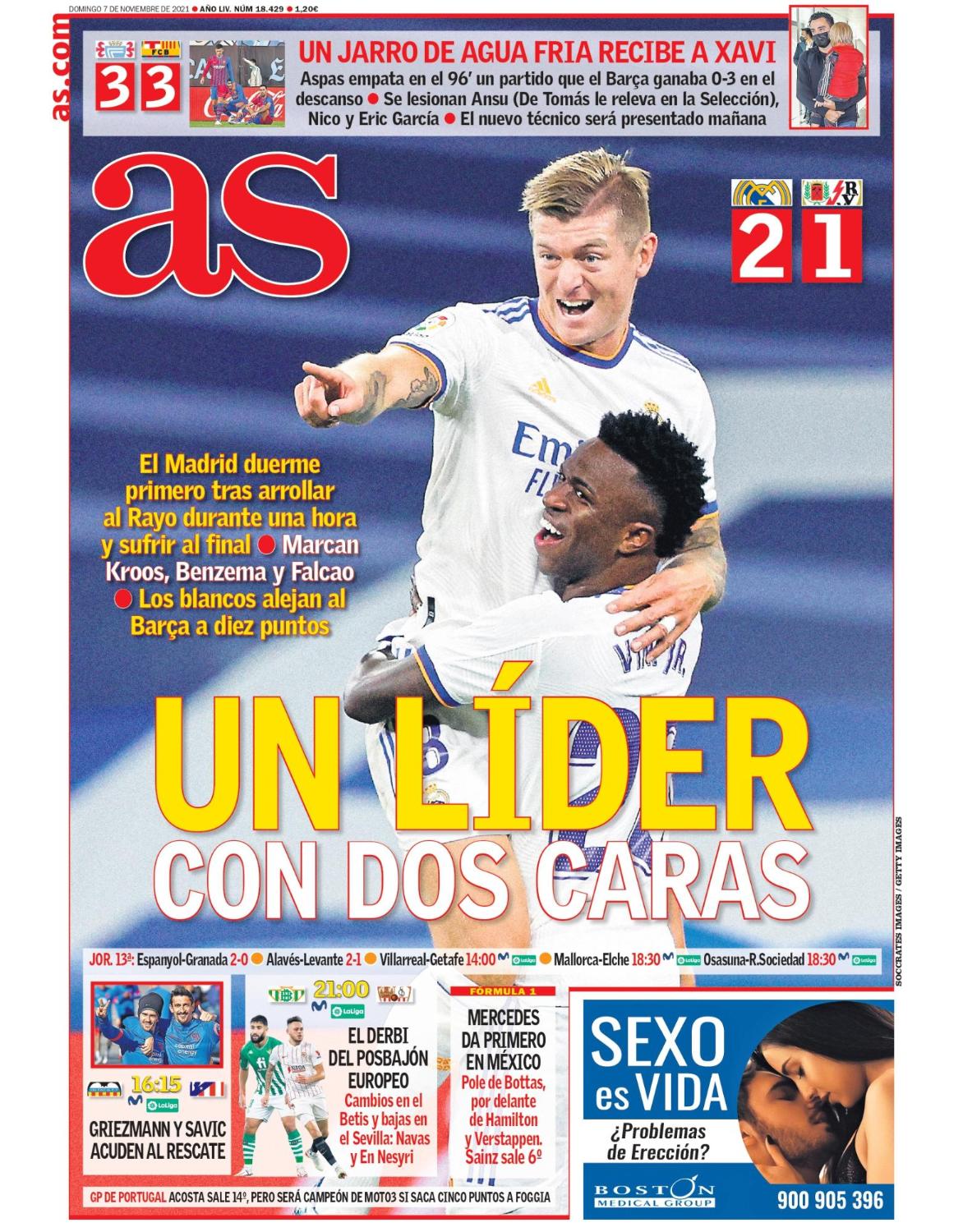 REAL MADRID: The leader with two faces - Real Madrid move to the top of La Liga overnight as they dominated the first hour in their 2-1 win over Rayo Vallecano. Real Madrid now have a ten point lead over Barcelona but they struggled in the final stages against Rayo. 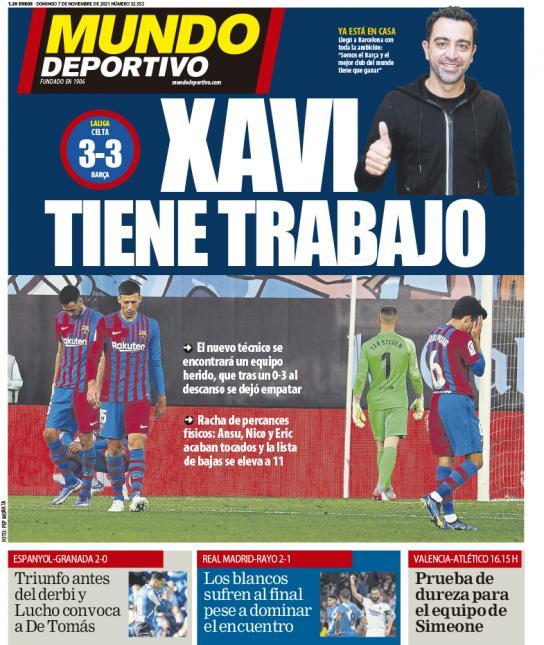 BARCELONA: Xavi has work to do - Barcelona's new boss takes over a broken and injured team who threw away a 3-0 half time lead in their 3-3 draw at Celta Vigo. Ansu Fati, Eric Garcia and Gavi were all forced off injured with Xavi list of absentees now at 11 with a host of other players heading off on international duty next week.