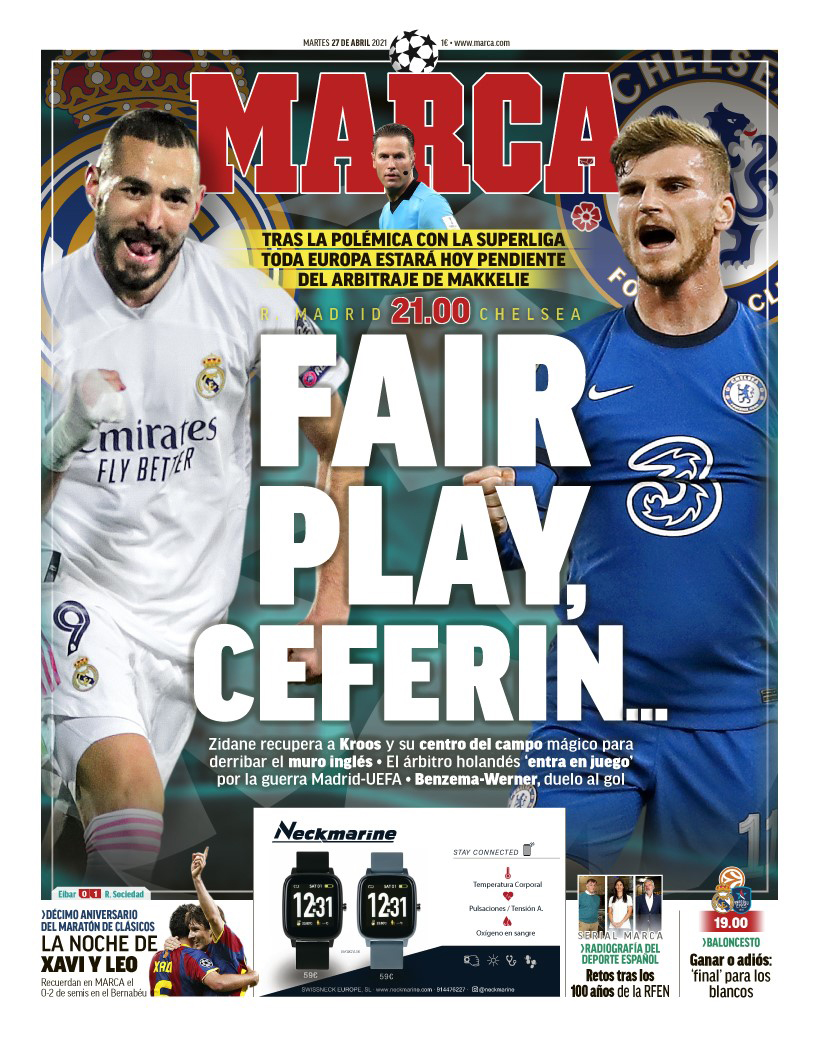 REAL MADRID: Fair Play, Ceferin - After the controversy of the failed European Super League last week all eyes across Europe will be on referee Danny Makkelie as he takes charge of Real Madrid v Chelsea. Zinedine Zidane has Toni Kroos back in his squad against the Premier League side as Karim Benzema and Timo Werner face off in attack. 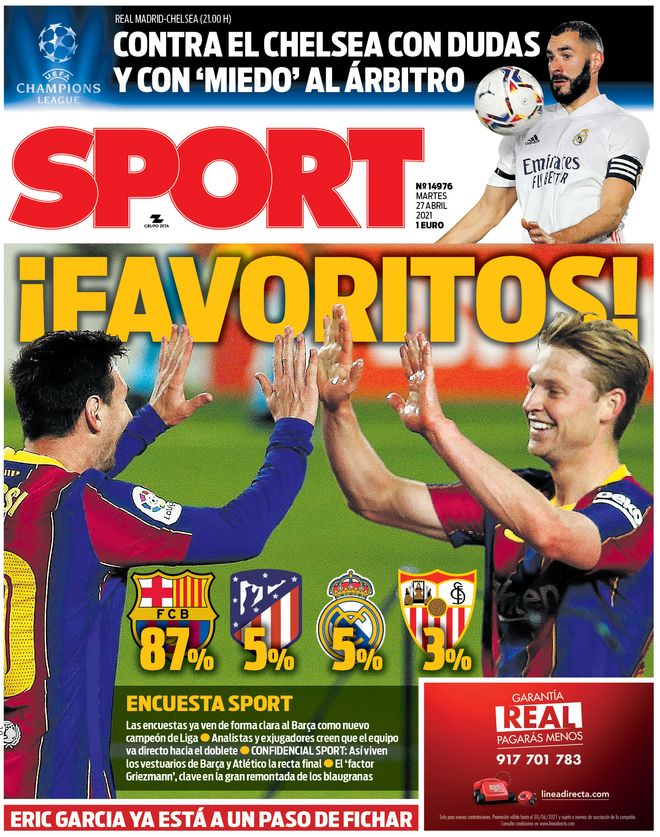 BARCELONA: Favourites - Fan polls indicate Barcelona are the new favourites to go on and win the La Liga title with experts also tipping them for domestic double this season. Atletico Madrid are set to battle them all the way in the coming weeks with former Los Rojiblancos tipped as the key to Barcelona clinching the title. 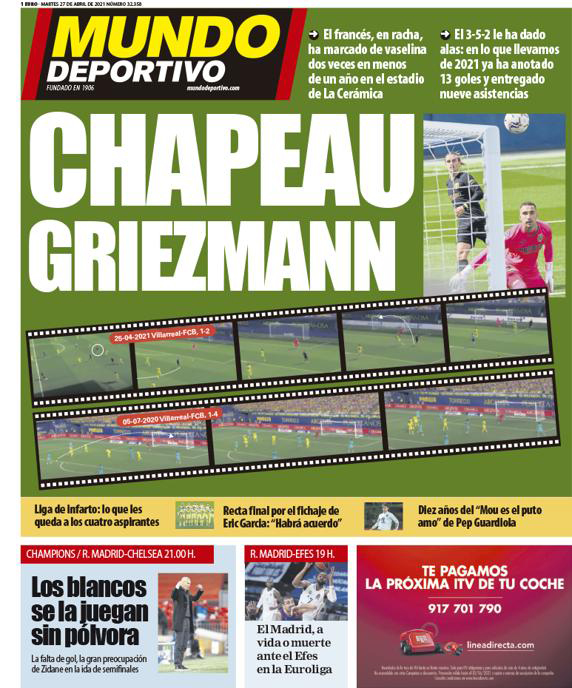 BARCELONA: Griezmann's Hat - French star Griezmann netted twice for Barcelona in their 2-1 weekend win away at Villarreal. The former Atletico Madrid striker has benefitted from Ronald Koeman switching to a 3-5-2 system in 2021 with 13 goals and nine assists.