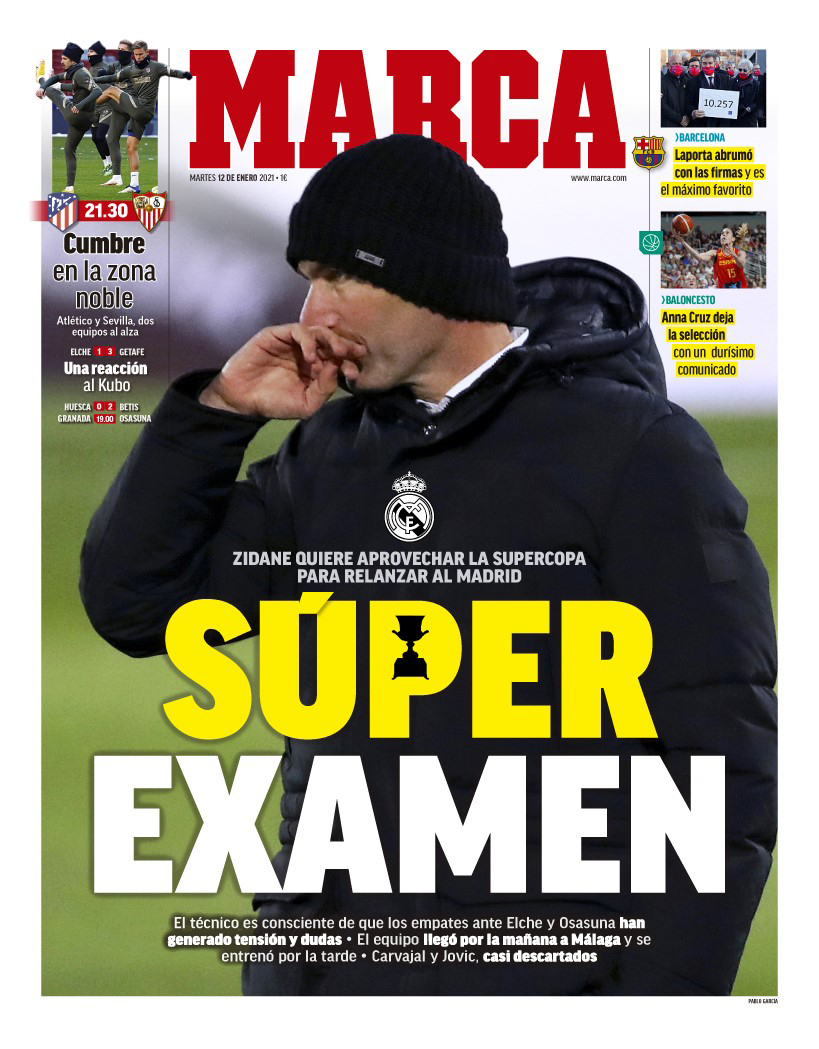 REAL MADRID: Super Exam - Zinedine Zidane wants to use the Spanish Supercopa as a relaunch pad for Real Madrid's indifferent recent form. The French boss is concerned by recent draws against Osasuna and Elche. His team will travel to Malaga tomorrow ahead of their clash with Athletic Club with injured pair Dani Carvajal and Luka Jovic remaining in Madrid. 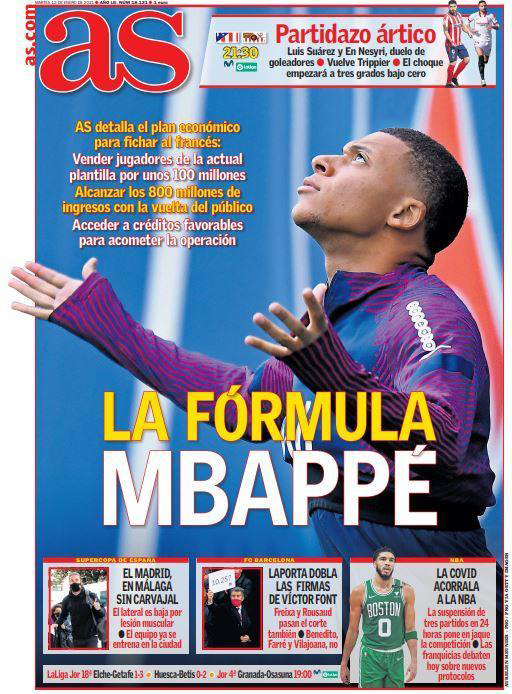 REAL MADRID: The Mbappe Formula - An exclusive reports from Diario AS claims Real Madrid are working on an economic plan to sign PSG superstar Kylian Mbappe in 2021. One option is to raise Є100m by selling squad players alongside an expected Є800m in revenue when fans are permitted to return to the Santiago Bernabeu later this year. 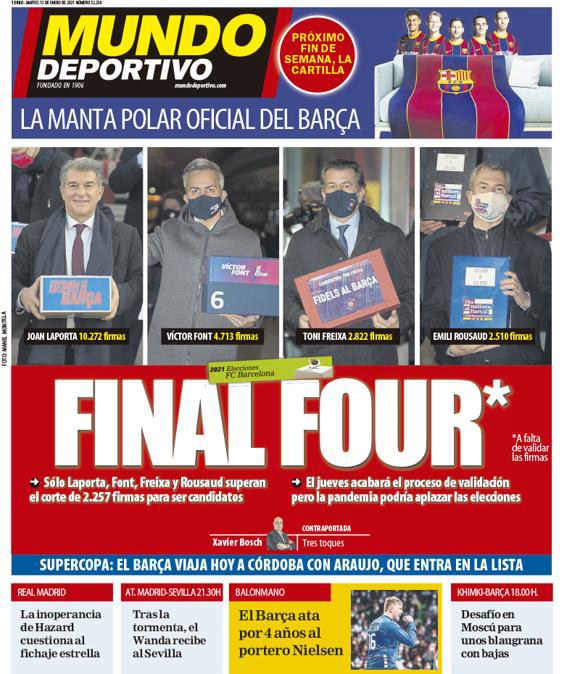 BARCELONA: The Final Four - Joan Laporta, Victor Font, Toni Freixa and Emili Rousard all reach the threshold to continue their respective races to be named as Barcelona's new club president in 2021. The validation process will end on Thursday but the ongoing uncertainty due to the Covid-19 pandemic could delay the elections until later in the year.