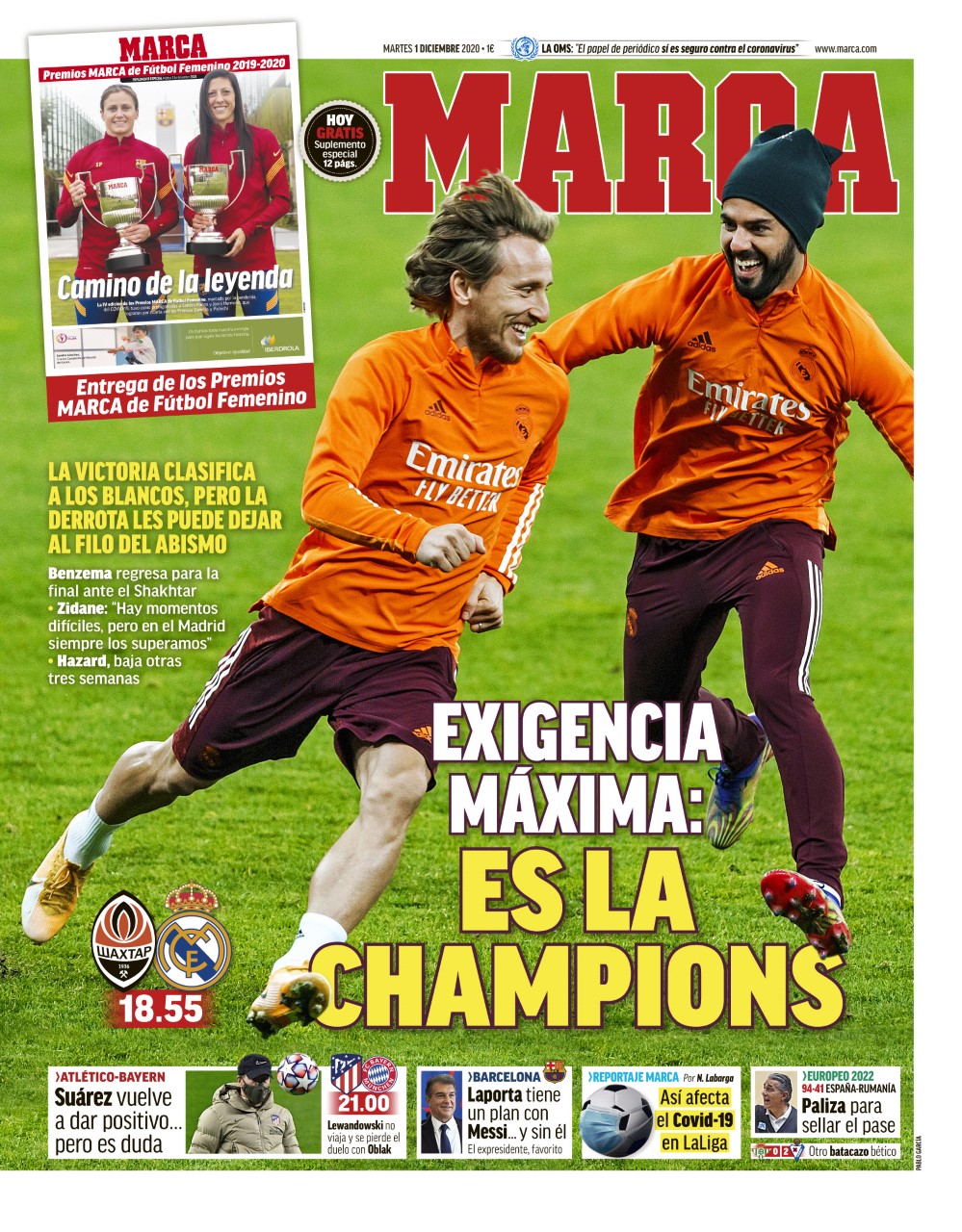 REAL MADRID: Maximum Demand in the Champions League - A win for Real Madrid over Shakhtar Donetsk secures their last 16 spot, but defeat could leave them on the edge of oblivion. Karim Benzema returns from injury for Zinedine Zidane's side, but Eden Hazard is sidelined for three weeks. 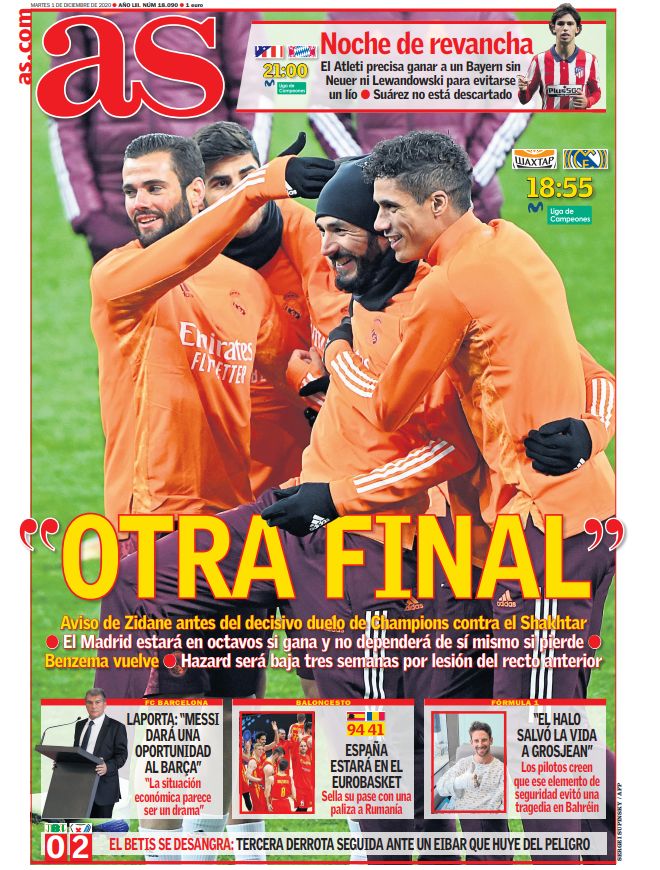 REAL MADRID: 'Another Final' - Zinedine Zidane claims his Real Madrid face 'another final' ahead of their decisive duel with Shakhtar Donetsk in the Champions League. Los Blancos will qualify for the last 16 with a win with Karim Benzema set to return to the starting line up in Ukraine. 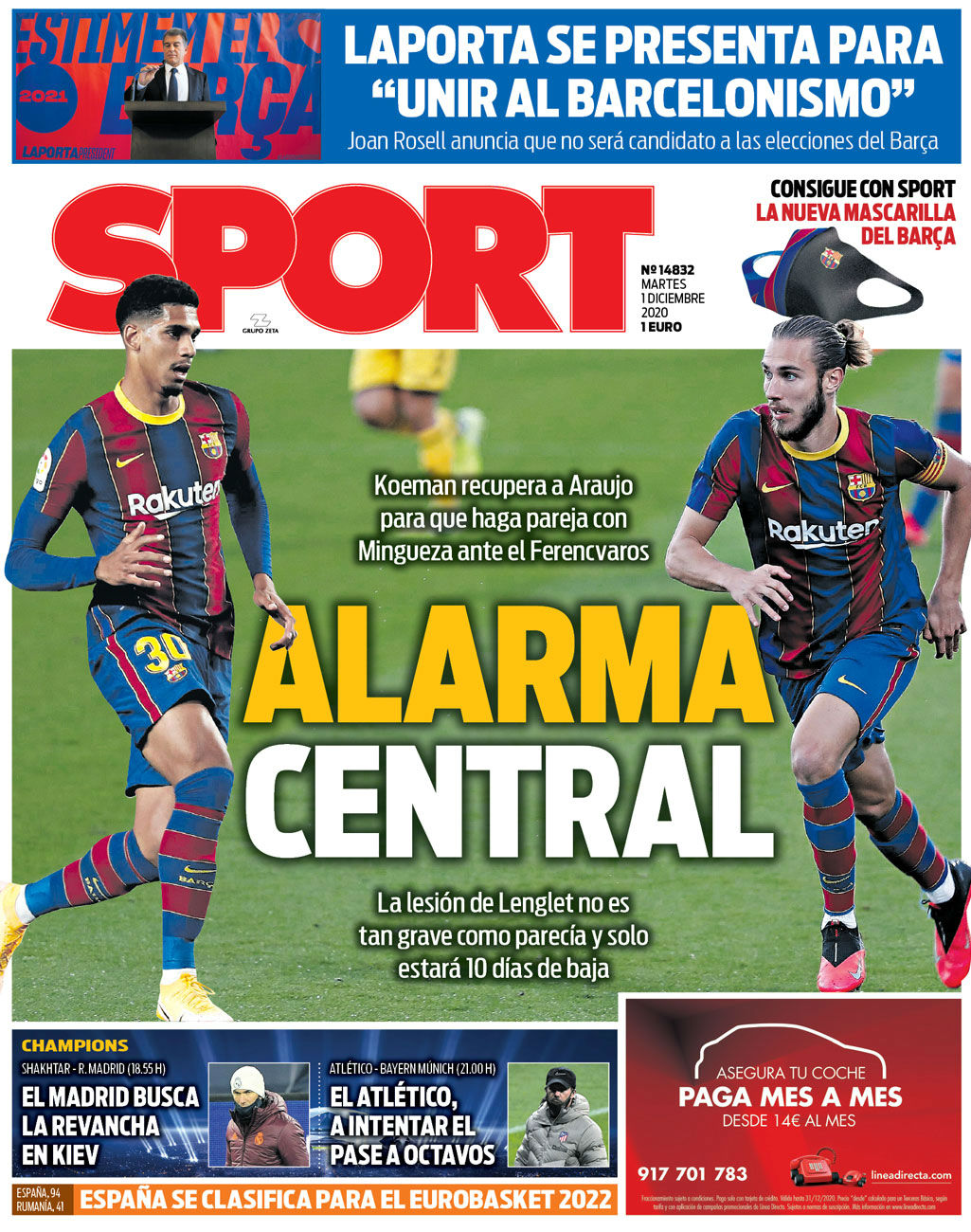 BARCELONA: Central Alarm - Ronald Koeman could have Ronald Araujo back fit for their Champions League tie with Ferencvaros to start alongside Oscar Mingueza. Clement Lenglet's injury is not as bad as originally feared and the French international is only expected to be sidelined for 10 days. Dutch midfielder Frenkie De Jong could be another option to partner Mingueza if Araujo is unfit.