Today’s Spanish Papers: Real Madrid draw with Real Sociedad ahead of the derby and Barcagate continues 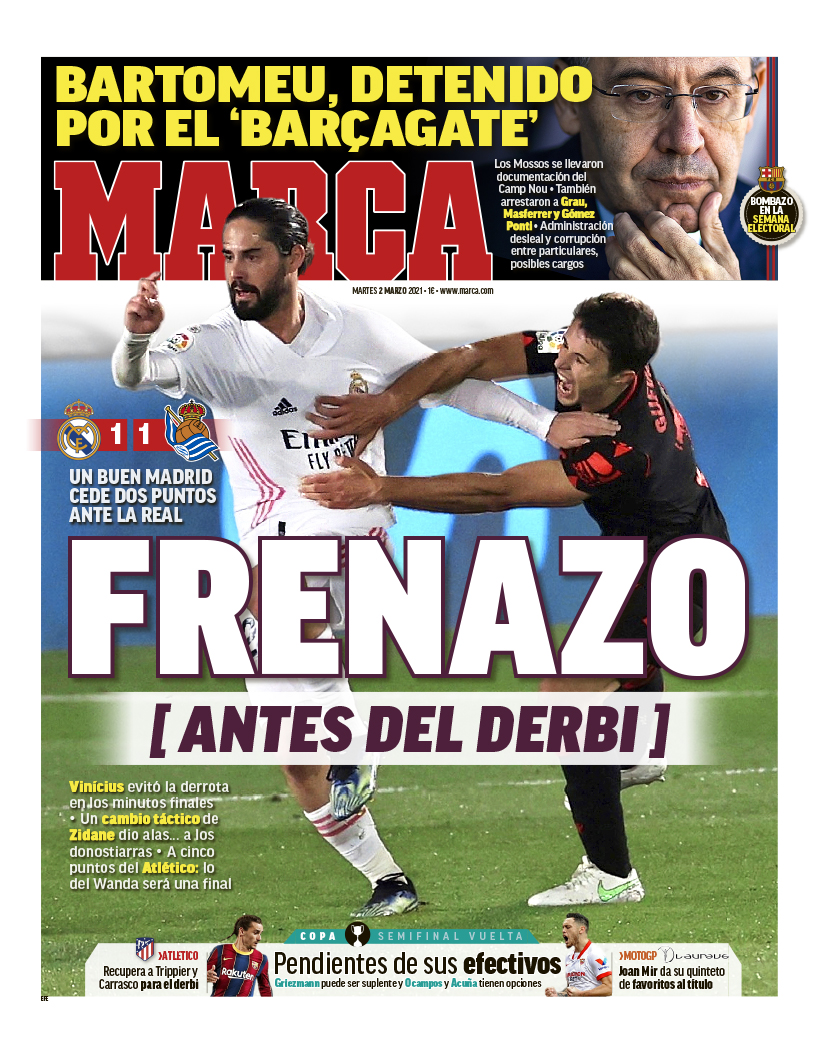 REAL MADRID: Breaking (before the derby) - Real Madrid drop vital points in the La Liga title race as they draw 1-1 at home to Real Sociedad. Vinicius netted a late equaliser for Zinedine Zidane's side as they head into the derby trailing Atletico Madrid by five points. ATLETICO MADRID: Simeone will be boosted by the returns of Kieran Trippier and Yannick Carrasco ahead of the derby. 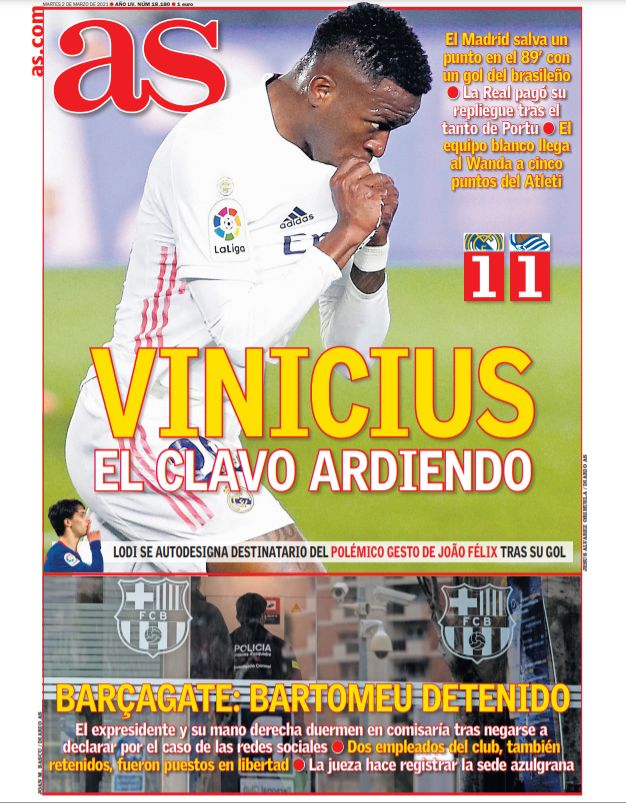 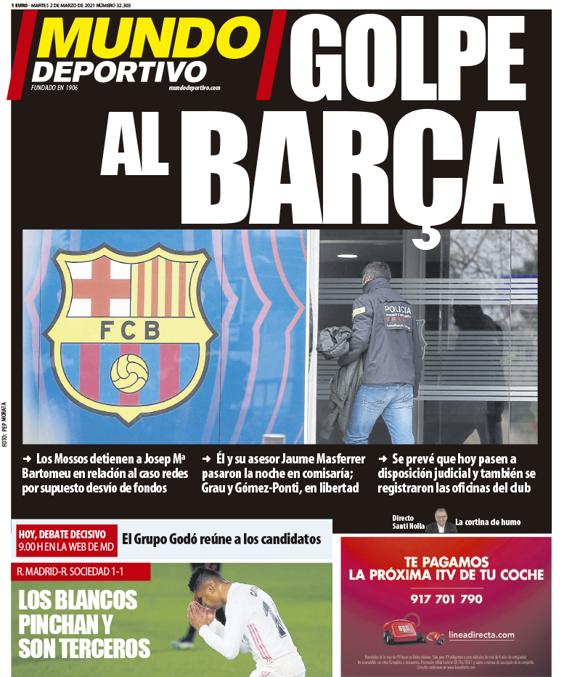 BARCELONA: Hit Barcelona - Los Mossos have confirmed they have arrested and detained former Barcelona club president Josep Baromeu. He and his advisor Jaume Masferrer have since been released on bail pending further investigations.