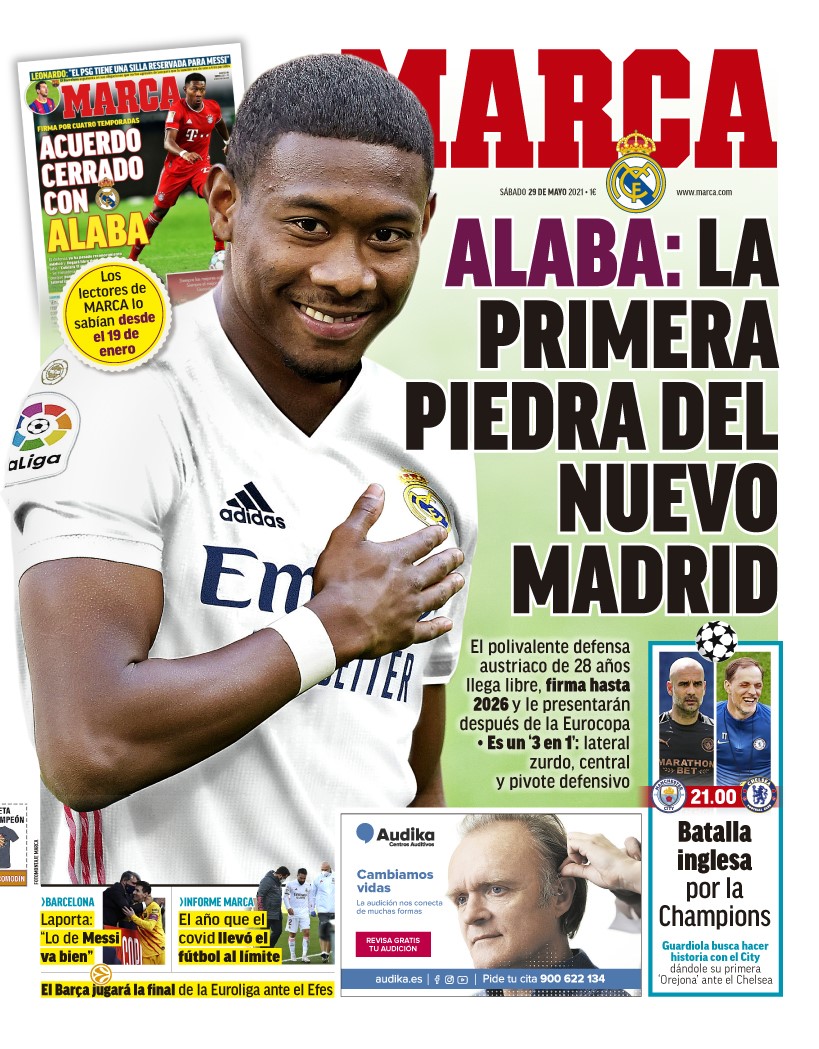 REAL MADRID: Alaba - The first rock of the 'new' Madrid - Versatile Austrian international Alaba arrives in Madrid on a free transfer following his exit from Bayern Munich. He has signed a five-year contract with Los Blancos and will be unveiled as a new Real Madrid player after the European Championships. He is expects to fill split roles in Madrid's defence and midfield. 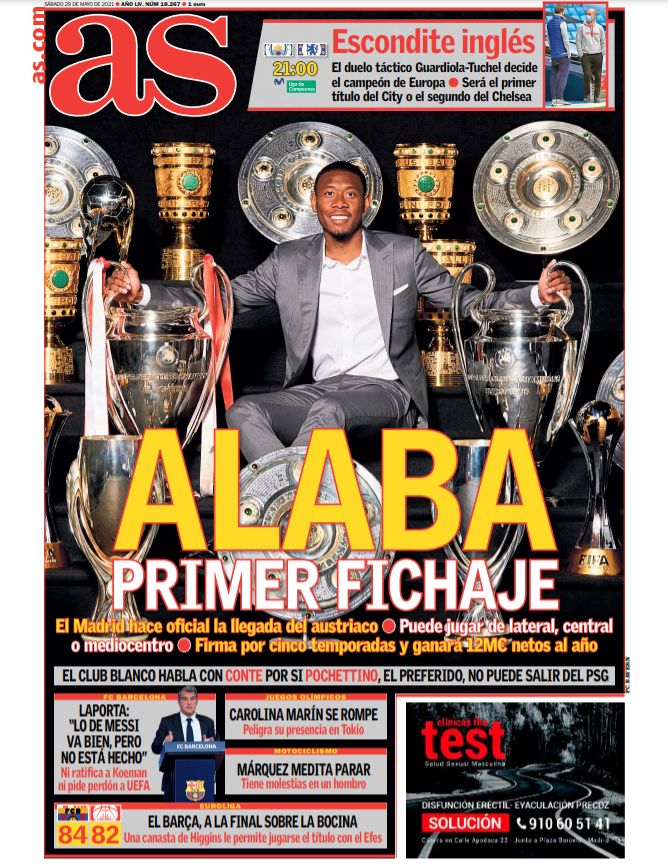 REAL MADRID: Alaba - First Transfer - Real Madrid have officially announced the free transfer arrival of Austria star David Alaba as their first transfer of the summer. Alaba, who can play in defence or midfield, has signed a five-year deal with an annual salary of €12m. 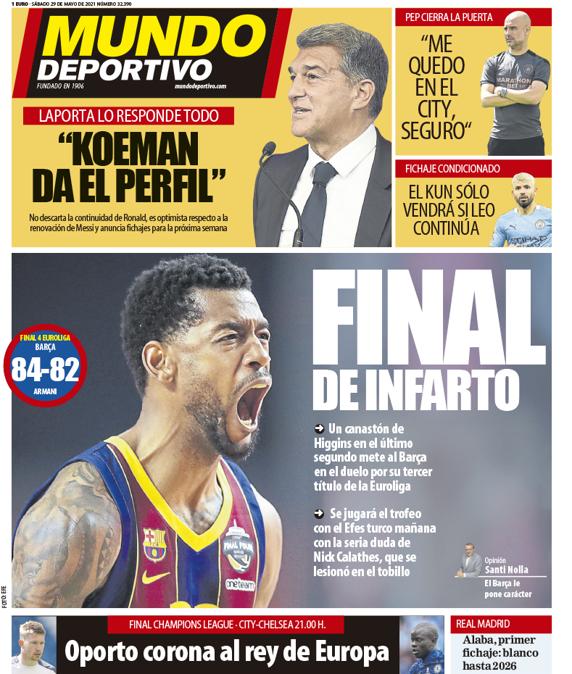 BARCELONA: Joan Laporta - 'Koeman has the right profile for Barcelona' - However, he does not rule out a possible exit for the Dutchman with Lionel Messi's contract extension the priority for the club this summer before any new signings are made in Catalonia.