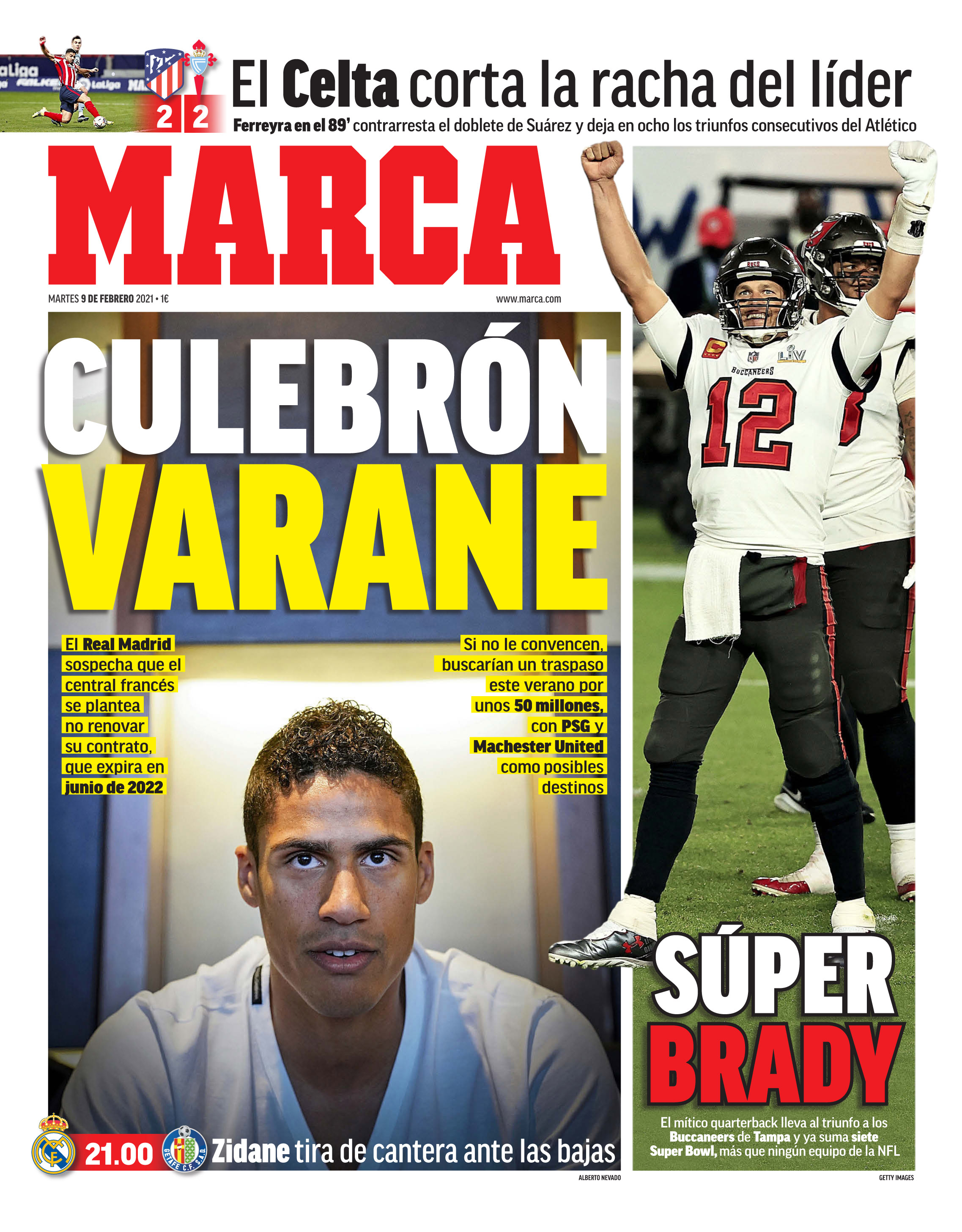 REAL MADRID: The Soap Opera of Varane - Real Madrid suspect French international Raphael Varane will not renew his contract at the club before it expires in June 2022. If they do not convince him to stay in Madrid, they could look to sell him for €50m this summer, with PSG and Manchester United both possible destinations. 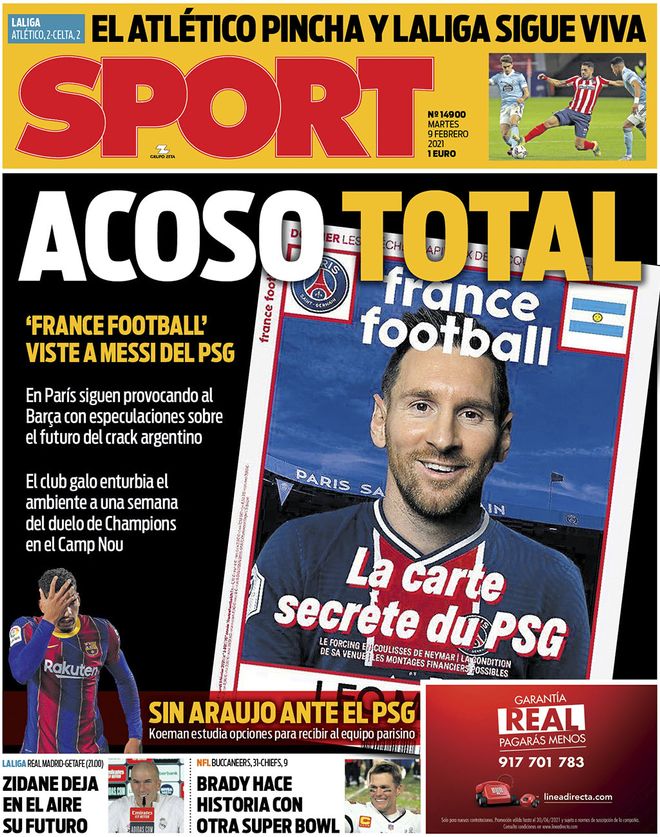 BARCELONA: Total Harassment - France Football 'dress' Lionel Messi in a PSG shirt and Barcelona react with fury. The Catalans are rumoured to be growing increasingly frustrated over speculation linking their captain with a move to Paris. This jibe is seen as a provocation ahead of their Champions League meeting later this month. 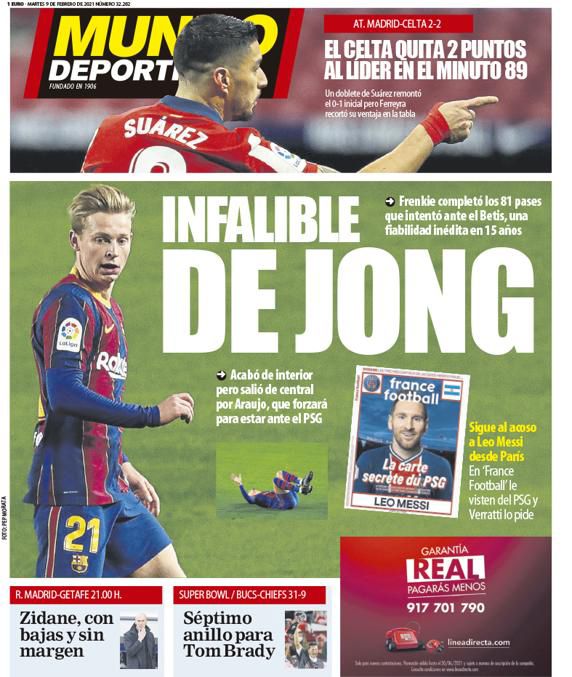 BARCELONA: Infallible De Jong - Frenkie De Jong completed 81 passes in Barcelona's 3-2 la Liga win over Real Betis last weekend. The Dutch international's reliability has seen some speculation that he is the club's most consistent midfielder in the last 15 years.