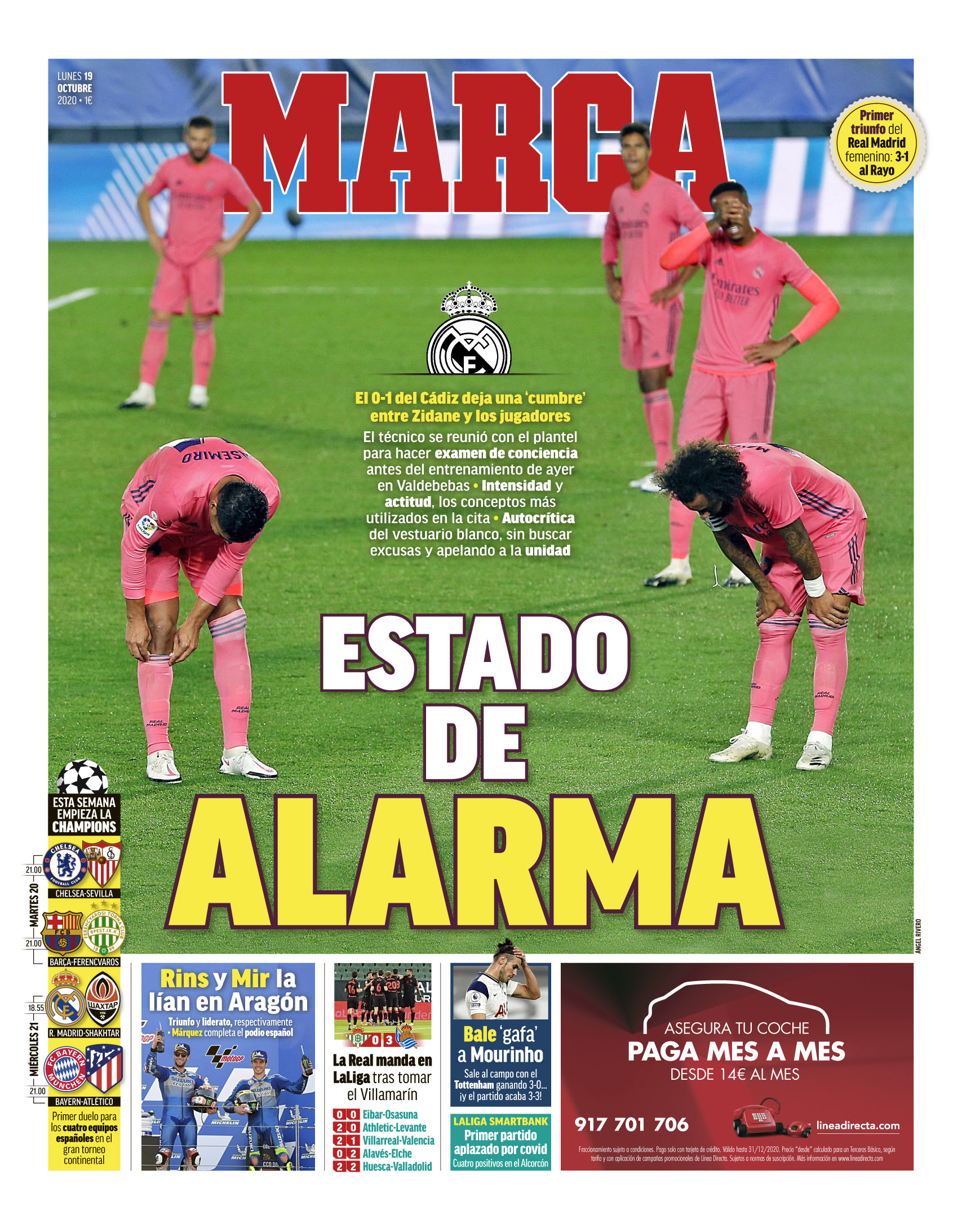 REAL MADRID: State of Alarm - Zinedine Zidane summoned his Real Madrid squad to a meeting following their disappointing 1-0 La Liga defeat to Cadiz. The French boss claimed their attitude and intensity was not good enough and appeals for squad and no more excuses in the coming games. 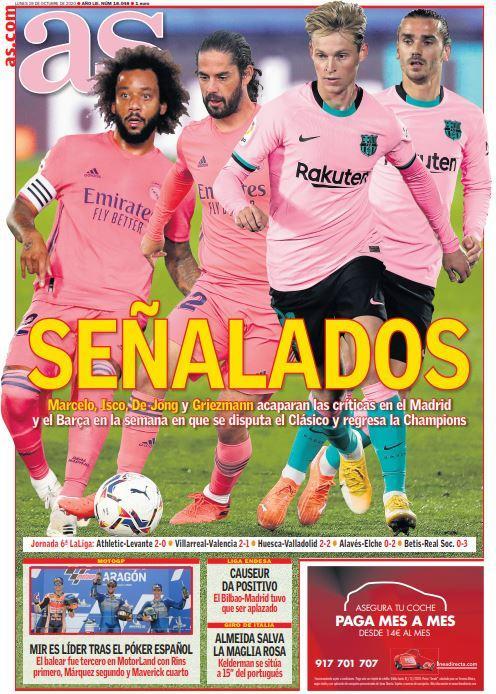 REAL MADRID/BARCELONA: Singled Out - De Jong, Marcelo, Isco and Griezmann are the most criticised players at their clubs ahead of next weekend's El Clasico meeting and the midweek kick off of the 20202/21 Champions League. 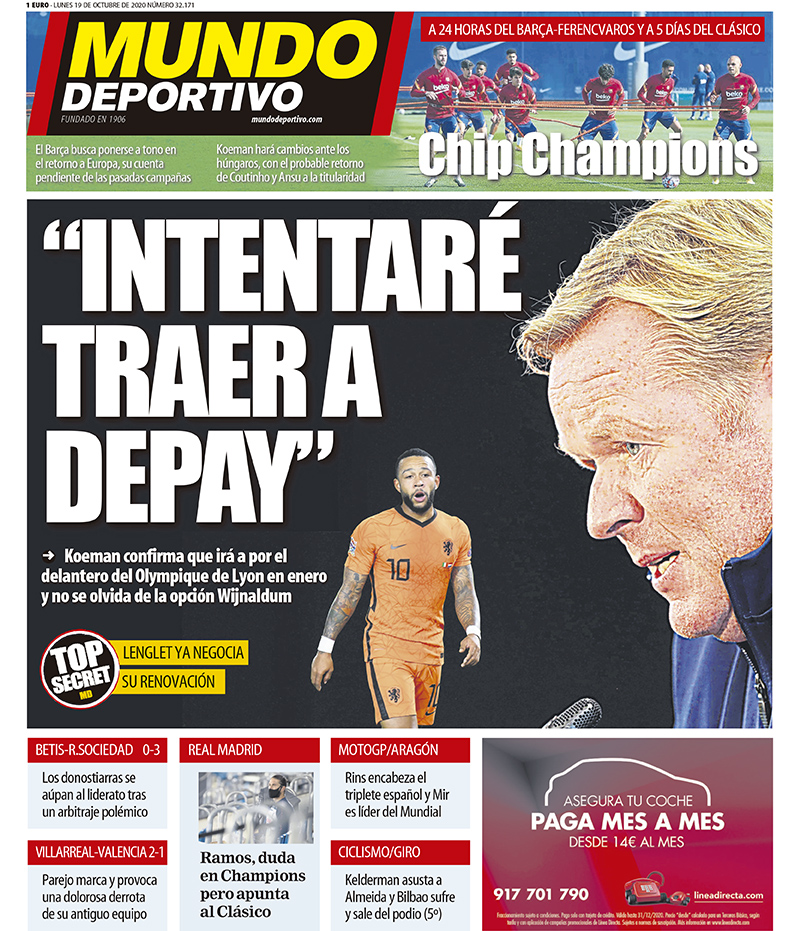 BARCELONA: Ronald Koeman confirms he will try to sign Lyon forward Memphis Depay for Barcelona in the January transfer window. He is also tracking Liverpool star Gini Wijnaldum and could move for the Dutch international alongside Depay. Barcelona are also in top secret negotiations to extend Clement Lenglet's contract at the Camp Nou with the French international's current deal at the club set to expire in 2023.