Today’s Spanish Papers: Real Madrid and Barcelona both lose ahead of next weekend’s El Clasico showdown 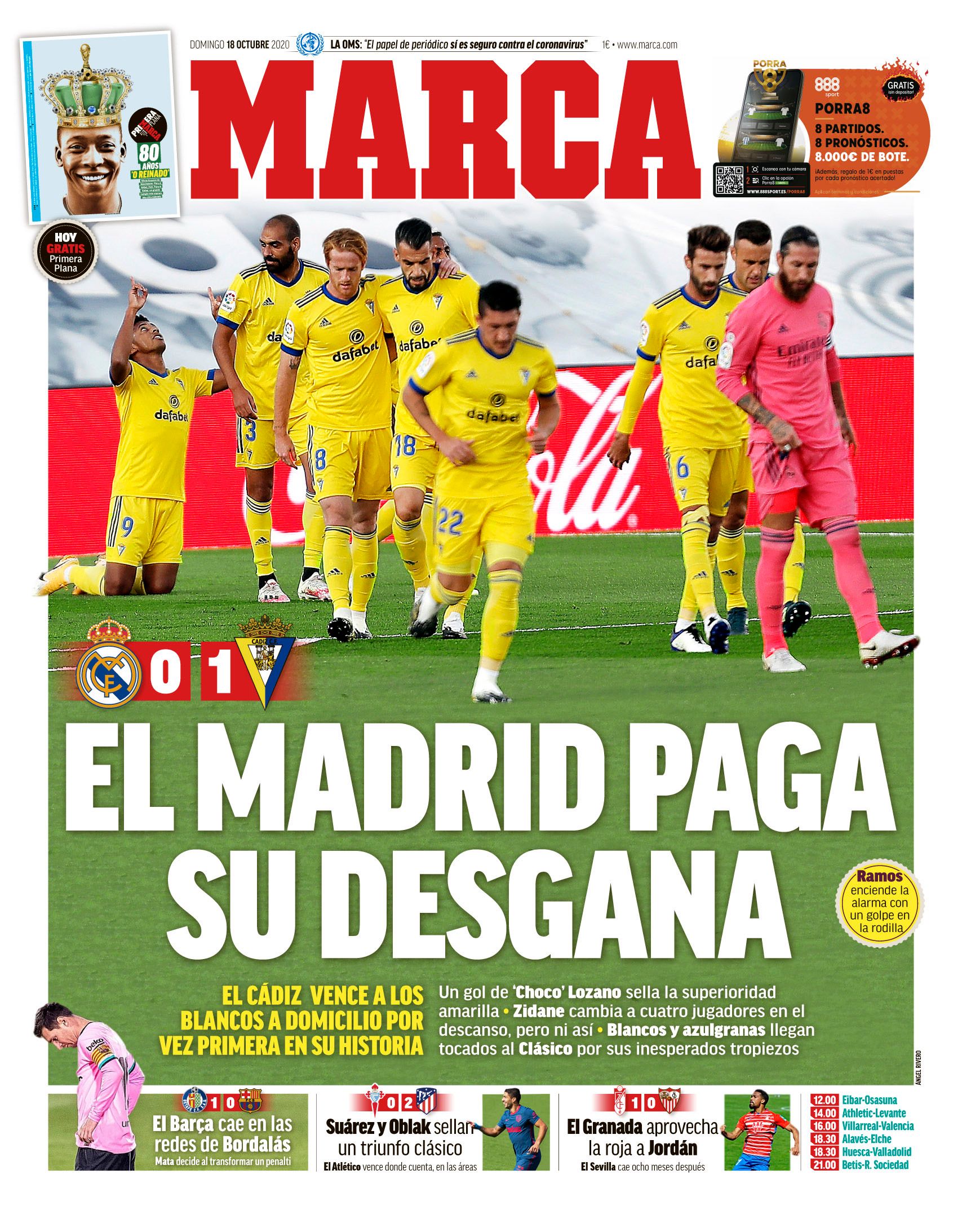 REAL MADRID: Madrid pay for their reluctance - Cadiz win away at Real Madrid in La Liga action for the first time in their history. A second half goal from Anthony Lozano sealed the win for the visitors as Zinedine Zidane made four substitutions to his side at half time with Real Madrid set to face Barcelona in their El Clasico showdown next weekend. 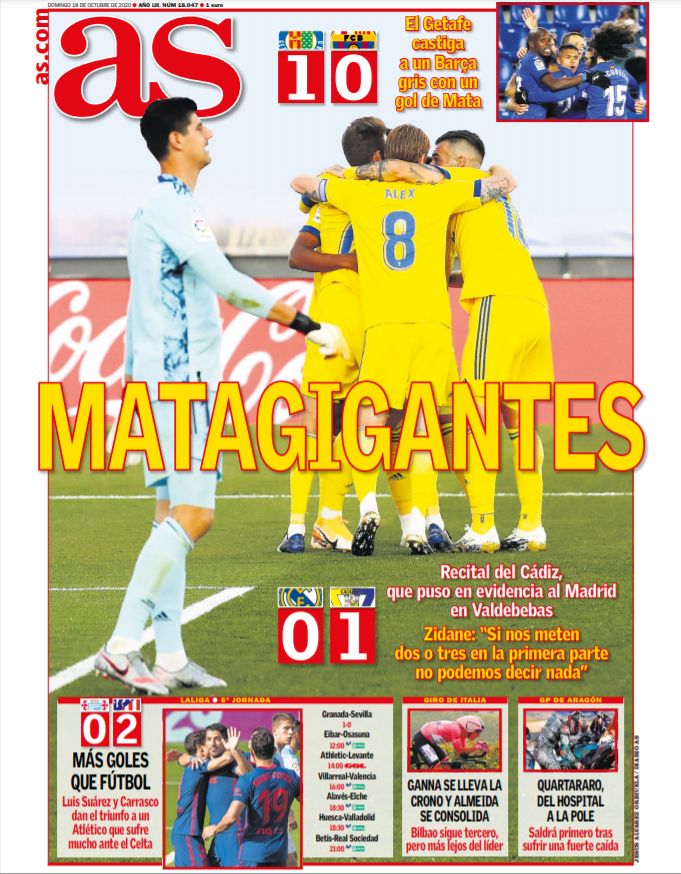 BARCELONA/REAL MADRID: Giant Killers - Real Madrid and Barcelona have both suffered their first La Liga defeats of the 2020/21 season with 1-0 defeats against Cadiz and Getafe respectively. Zinedine Zidane claims in his post match interview that his side did not make enough of their first half chances at the Estadio Alfredo Di Stefano. 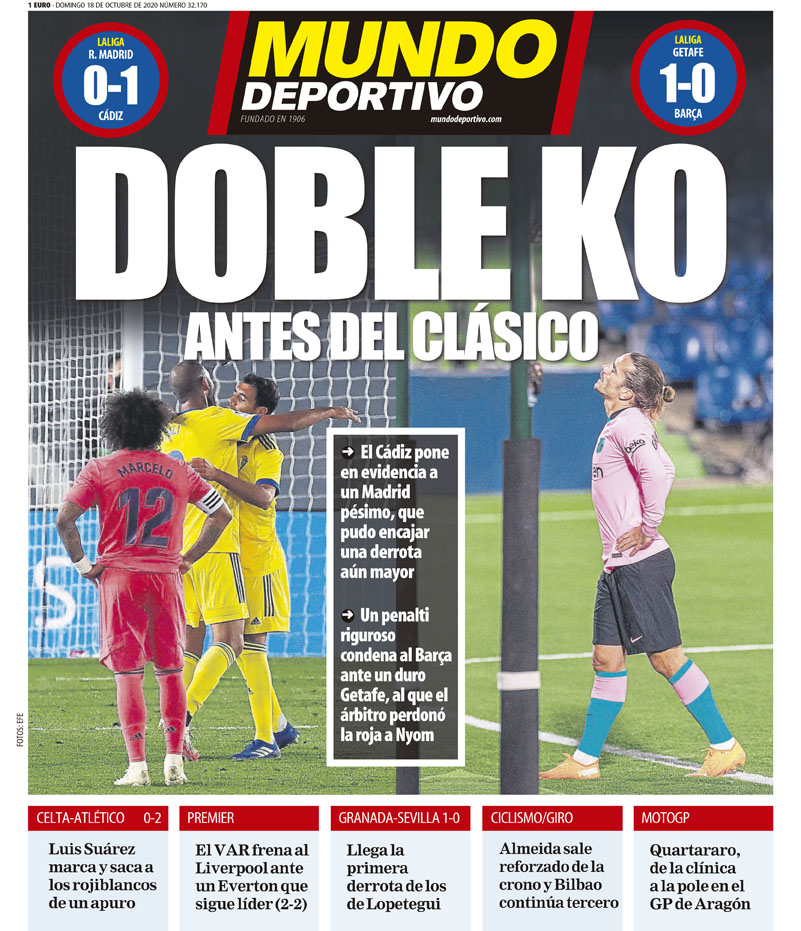