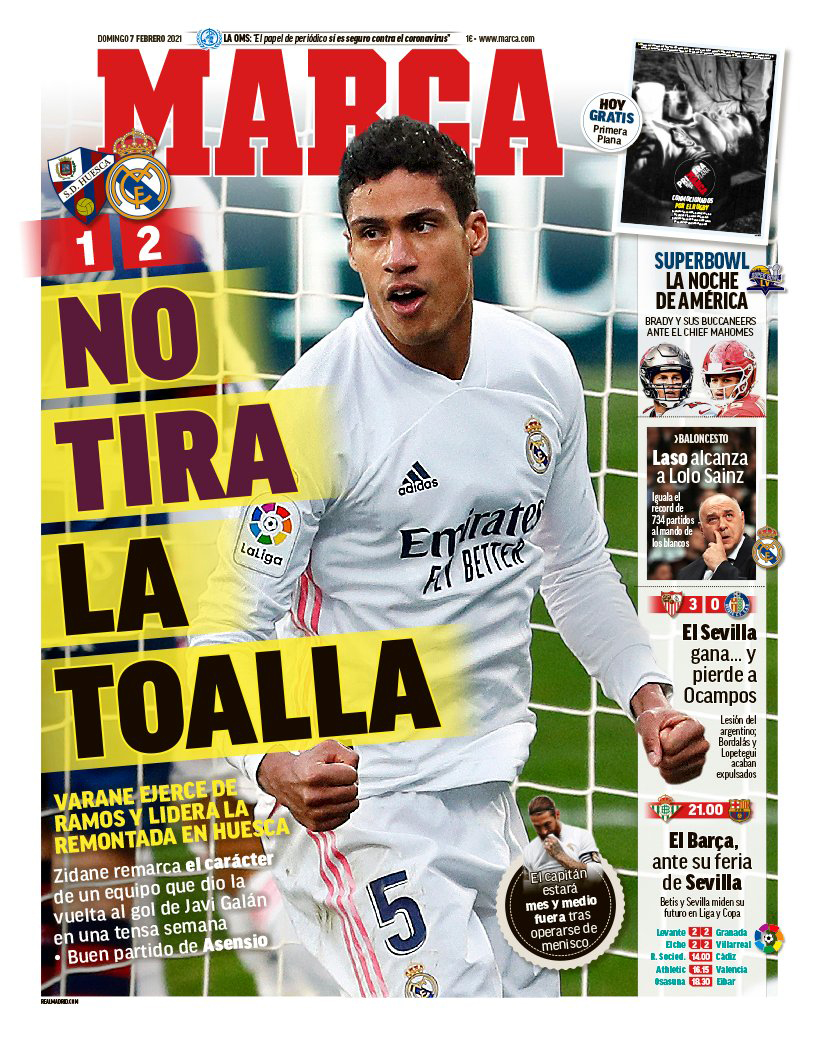 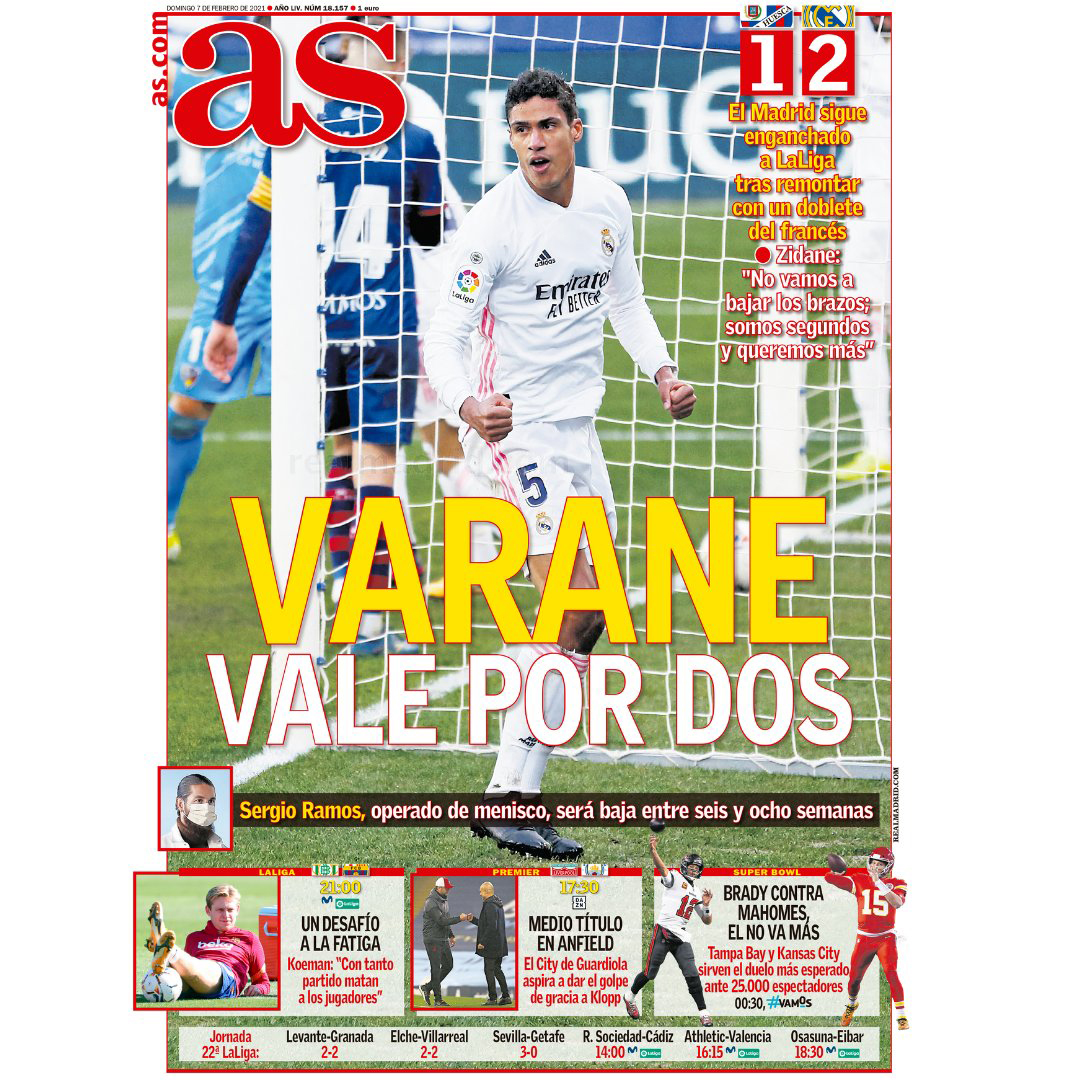 REAL MADRID: Varane is worth two - Real Madrid remain in the La Liga title race as French international Raphael Varane scores twice in the 2-1 comeback win away at Huesca. Zinedine Zidane issued a rallying call at full time, claiming that his side will not stop fighting to win the title. 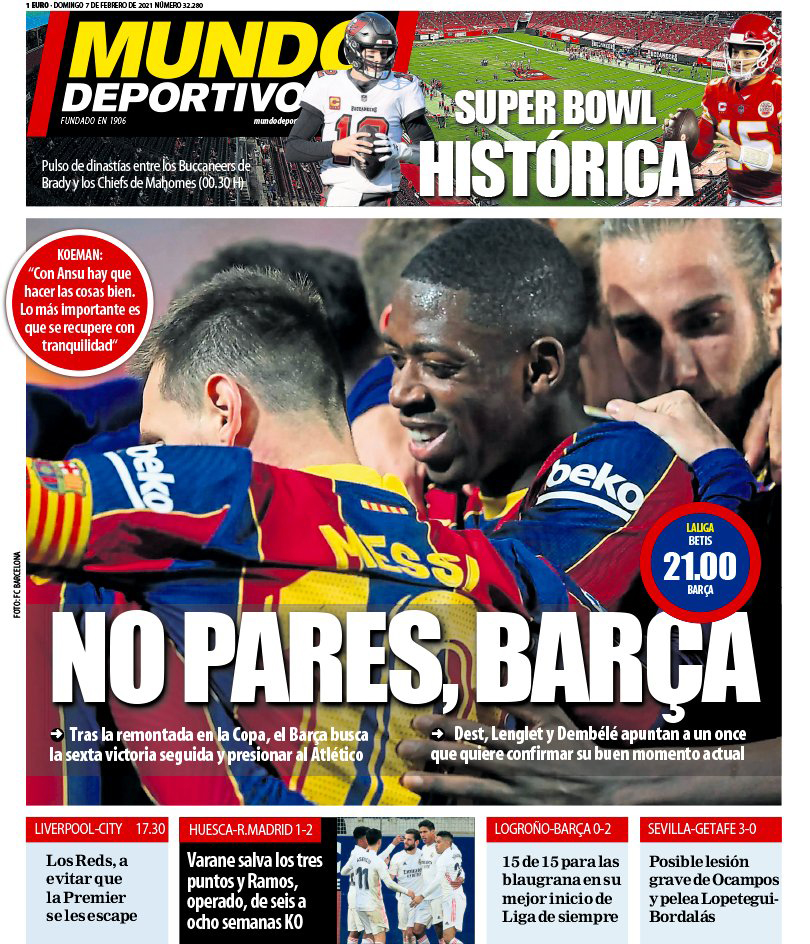 BARCELONA: Do Not Stop Barcelona - After their dramatic comeback against Granada in the Copa del Rey, Barcelona are looking for their sixth successive La Liga win to put pressure on league leaders Atletico Madrid. Sergino Dest, Clement Lenglet and Ousmane Dembele are all in line to return to the starting line up for their clash with Real Betis tonight.