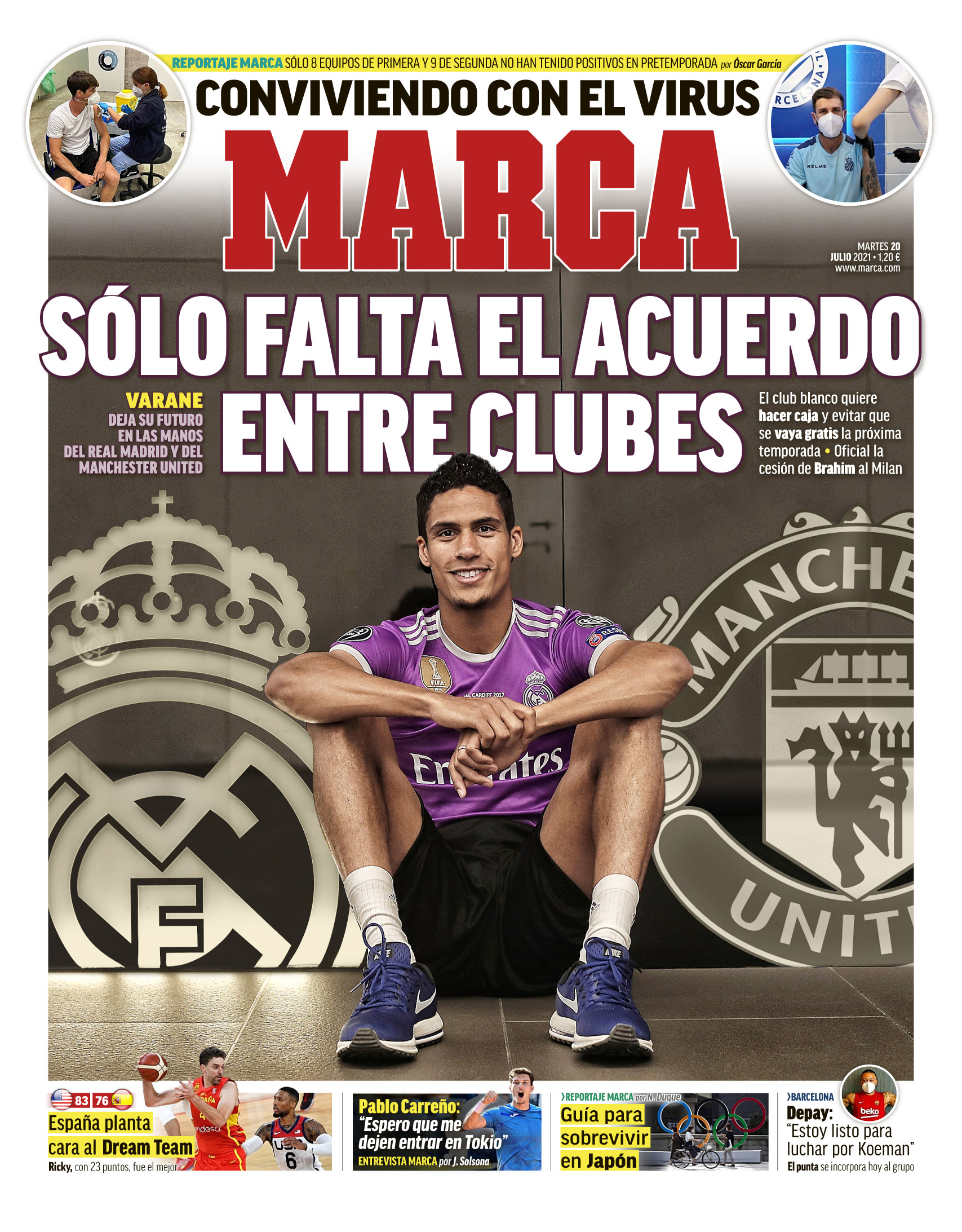 REAL MADRID: Only an agreement is missing between the two clubs - Raphael Varane has his future in his own hands as he decides between staying at Real Madrid or moving to Manchester United. Los Blancos want to gain a fee on the French star to avoid losing him on a free transfer next season. Brahim Diaz has confirmed his loan return to AC Milan for two years. 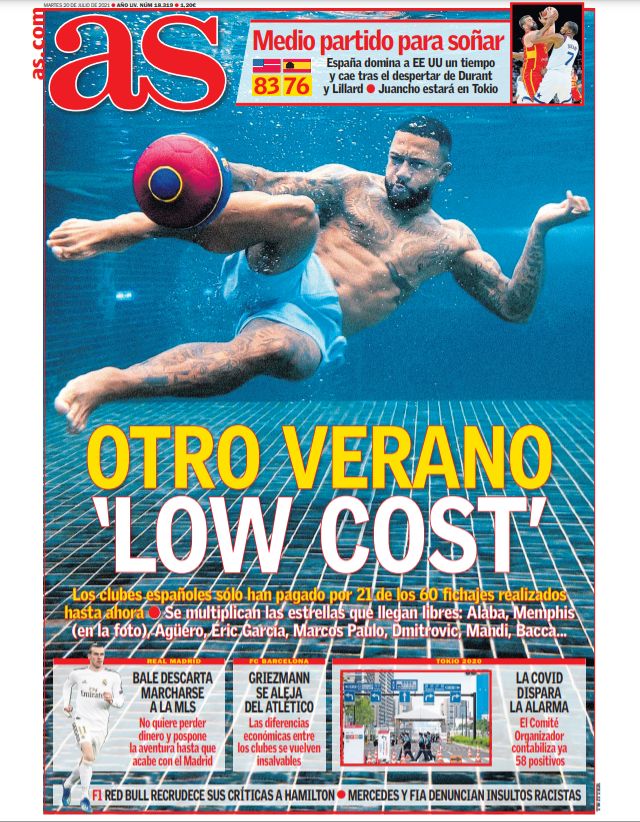 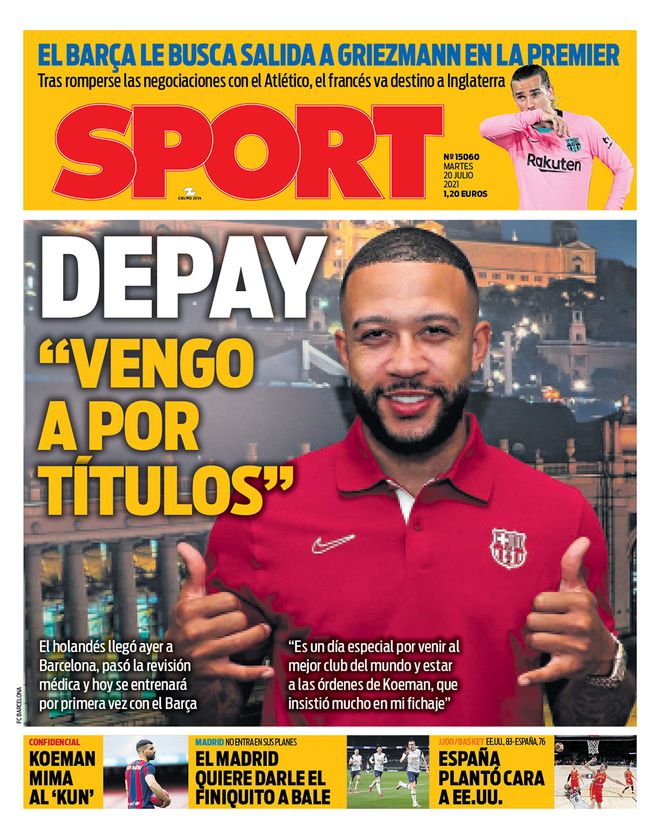 BARCELONA: Memphis: 'I have come to win titles'. The Dutch international arrived at Barcelona yesterday and completed his medical and tomorrow he will join his first preseason training session. He claimed he has joined a 'special club' and stated new boss Ronald Koeman played a key role in securing his transfer.