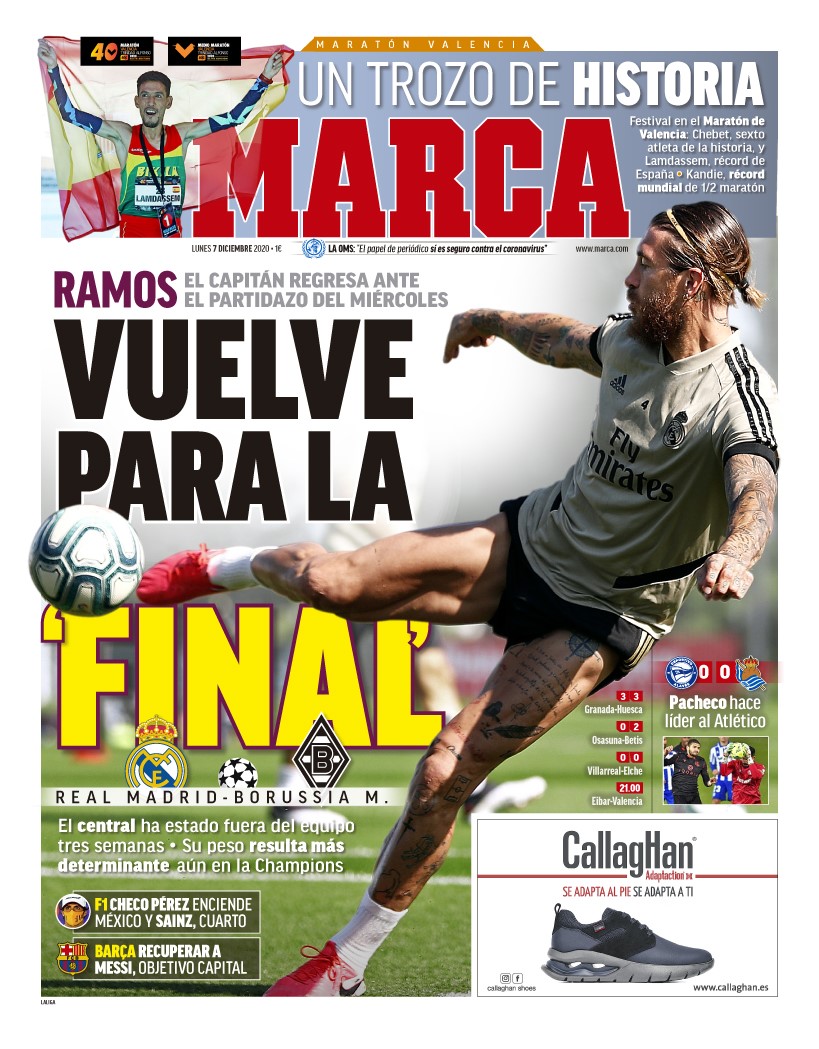 REAL MADRID: Return for the 'final' - Real Madrid will be boosted by the return from injury of club captain Sergio Ramos for their Champions League clash with Borussia Monchengladbach. The Spanish international has been sidelined for three weeks with a muscle injury and he is set to start as Zinedine Zidane's need a win to secure a last 16 place. 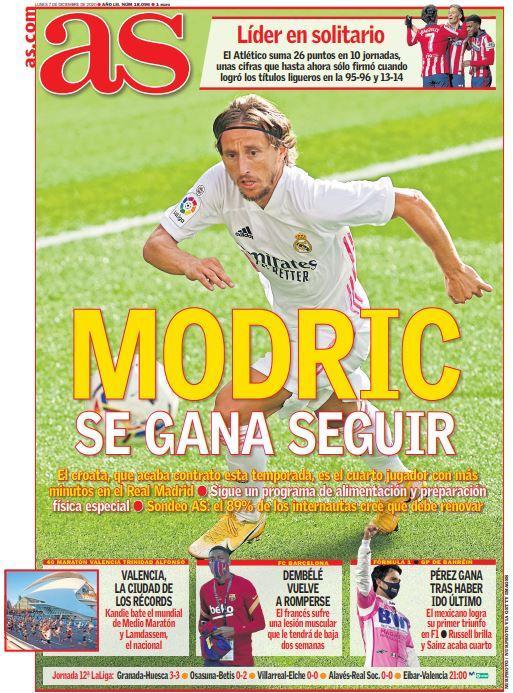 REAL MADRID: Modric wins the right to stay - Croatian international Luka Modric is set for talks over a contract extension at Real Madrid with his current deal expiring in 2021. The veteran midfielder has played a key role again for Zinedine Zidane's team in 2020/21 and he should have earned himself a new deal. 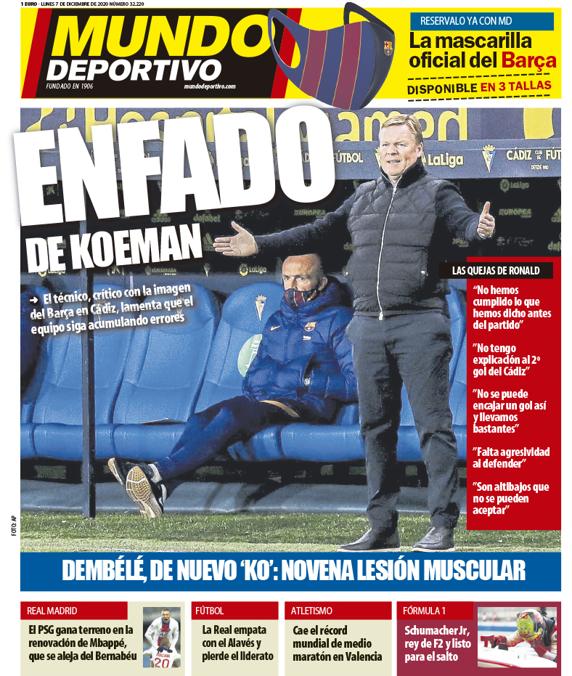 BARCELONA: Koeman's Anger - Barcelona boss Ronald Koeman criticised his side following their 2-1 defeat against Cadiz after a string of individual errors saw them slip to defeat. Barcelona star Ousmane Dembele is also set for another extended spell on the sidelines and the Frenchman will miss at least three weeks of action.