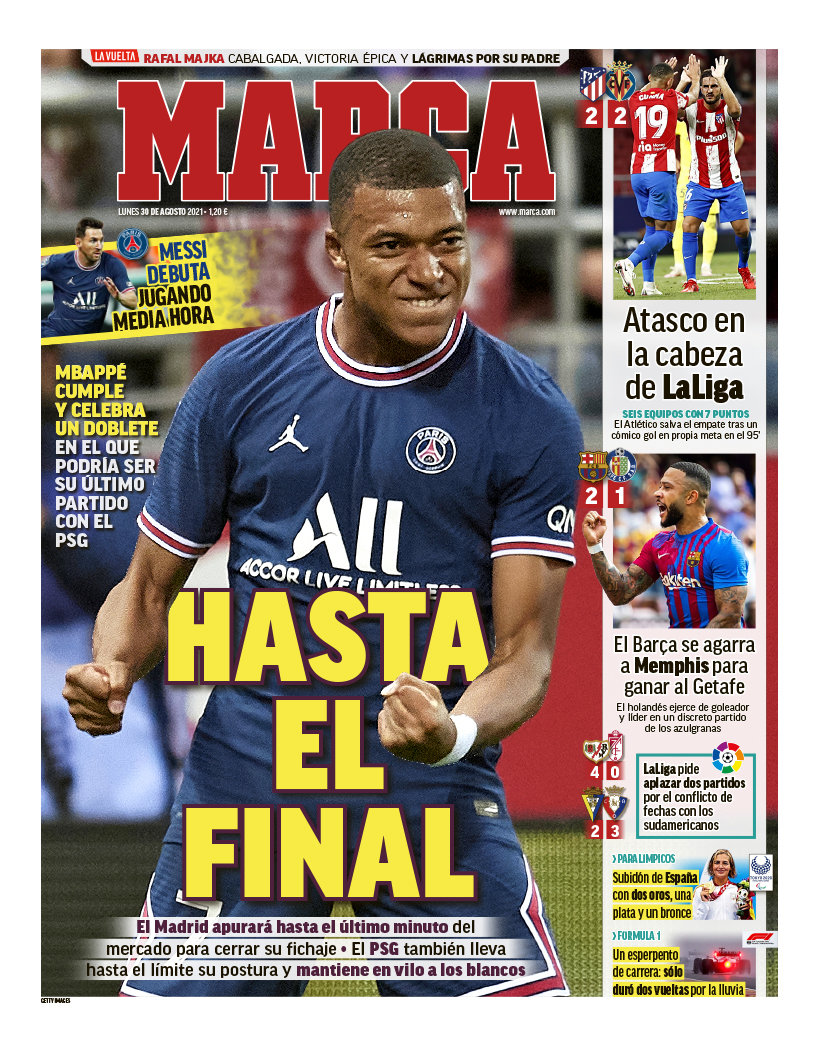 REAL MADRID: Until the End - Kylian Mbappe celebrates what could be his final game with PSG as his two goals secured a 2-0 win over Stade Reims. Real Madrid will remain open until the last minute to make a move for the Frenchman with PSG prepared to keep Real Madrid in limbo. 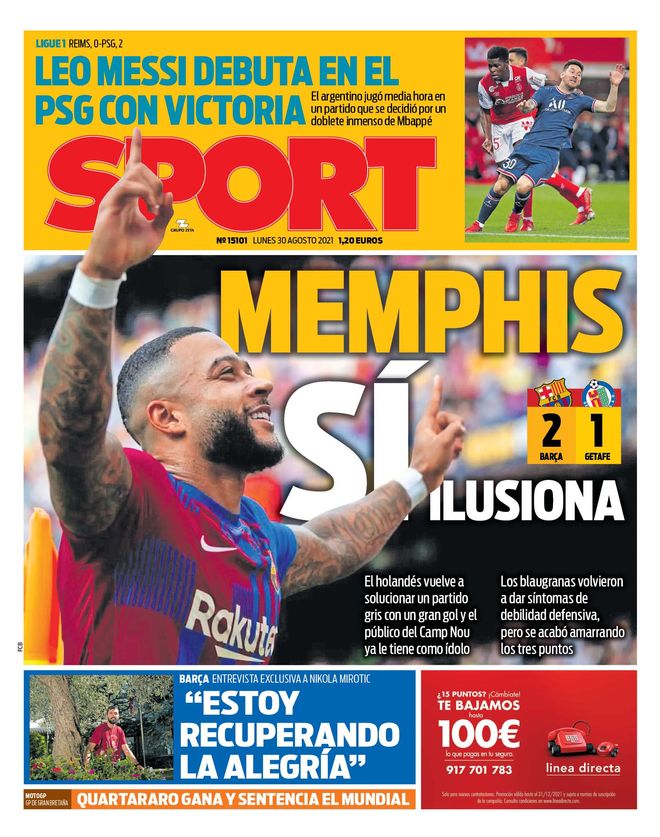 BARCELONA: Memphis Excites - The Dutchman scores another key goal at the Camp Nou as La Blaugrana edged out a battling 2-1 win over Getafe. Ronald Koeman's side produced a strong defensive performance late on as the Catalans held on for three vital points on home soil. 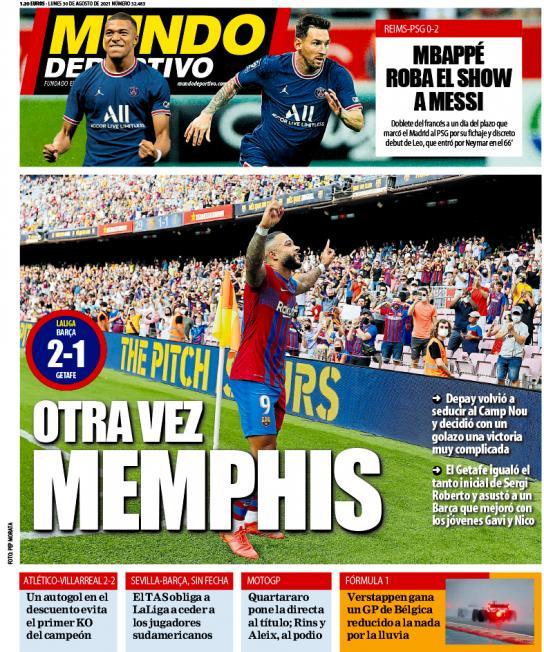 BARCELONA: Memphis Again - Memphis once again seduced the Camp Nou as his vital goal secured a battling 2-1 win over Getafe. BARCELONA: Mbappe steals the show on Messi's debut - Real Madrid target Kylian Mbappe netted twice in their 2-0 win over Stade Reims as Lionel Messi finally made his PSG debut off the bench.