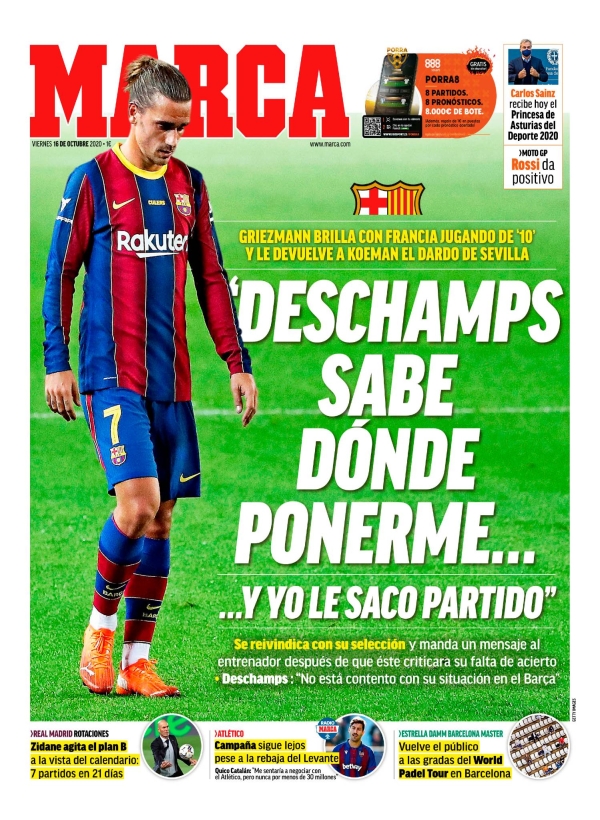 “Deschamps knows where to play me…and I take advantage of it” - He thrives in the number 10 role for France and throws a dart at Koeman. Deschamps says he is “not happy” at the player’s situation at Barcelona Zidane brings Plan B at the sight of 7 games in 21 days - will rotate squad Campana still far away despite Levante’s discount - an option for Atleti 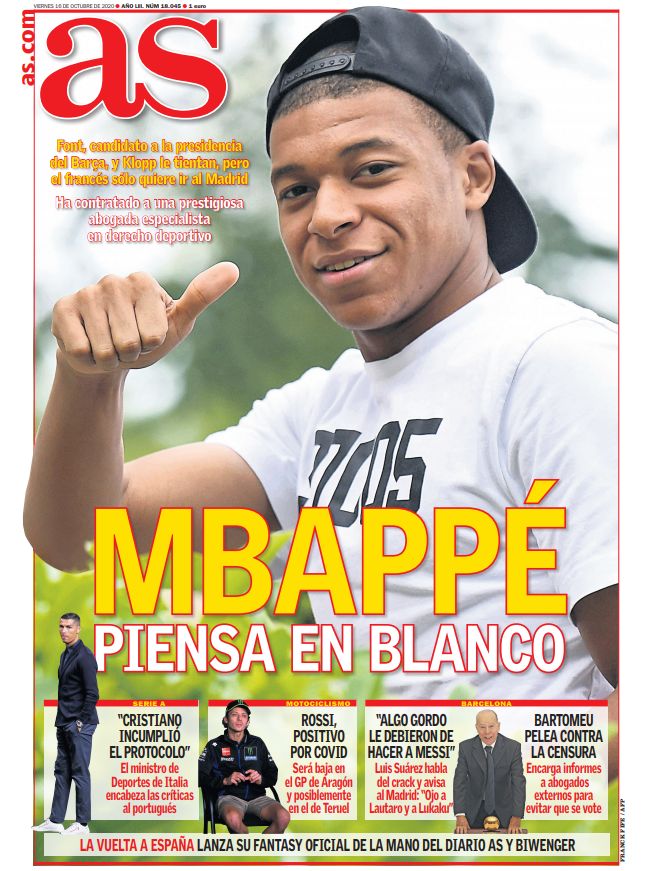 Mbappe thinks in white - Barcelona presidential candidate Font wants him, as does Klopp at Liverpool, but he only thinks of Real Madrid. He has contacted a specialist lawyer in sporting rights. “Cristiano breached the protocol” - Italian minister for sport condemns Juventus forward following positive Covid-19 test Bartomeu fights against the censure - entrusts reports to external lawyers to prevent a vote 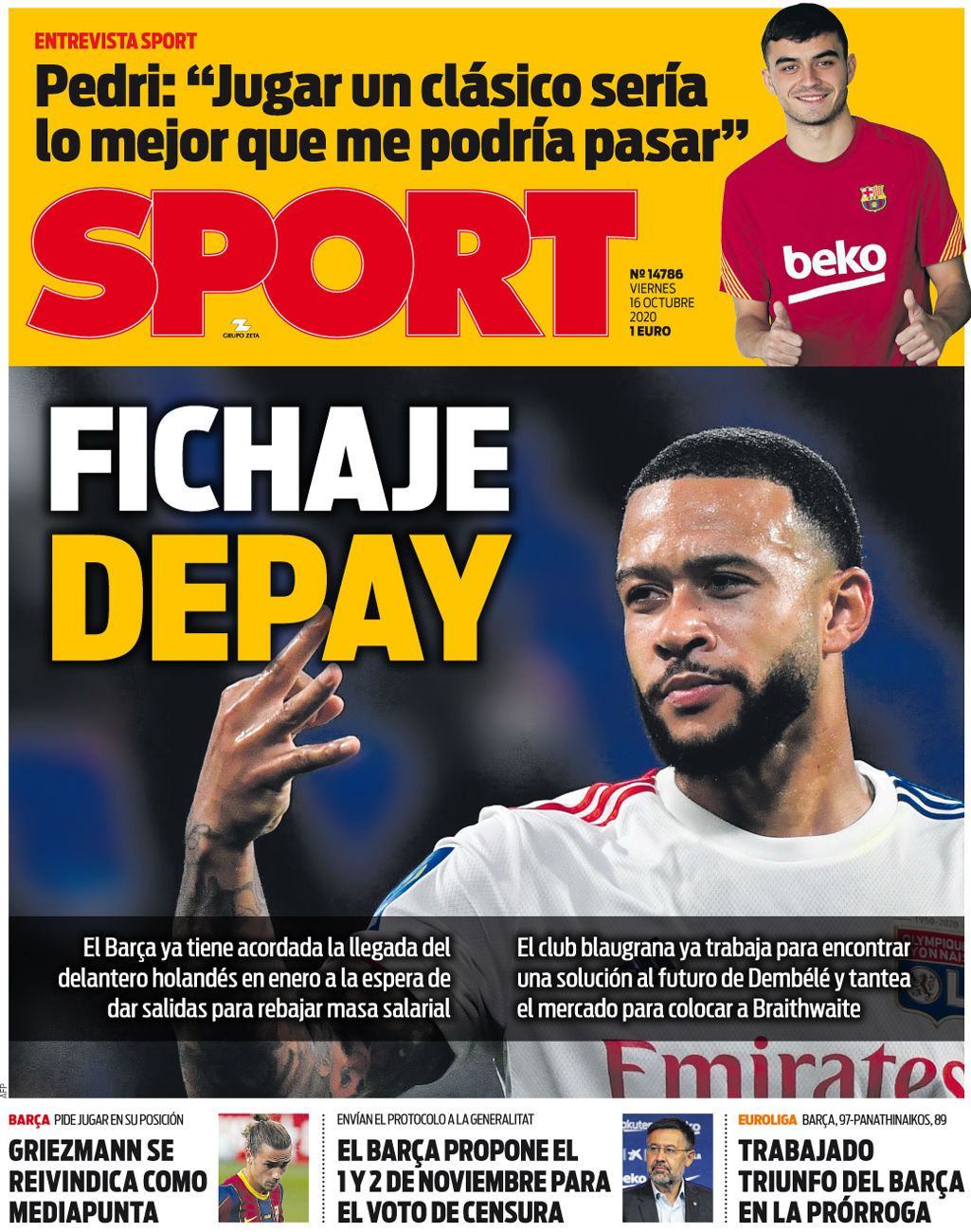 Signing Depay - Barça has already agreed to the arrival of Depay in January and is now waiting to ensure outgoings to reduce the salary at the club. The club is also working to find a solution to the future of Dembélé and feels there will be a market to sell Braithwaite. Pedri speaks exclusively to Sport - “Playing in El Clasico would be the best thing that could happen to me” Griezmann vindicates himself as a playmaker - scores for France against Croatia Barça proposes November 1 and 2 for the vote of no confidence