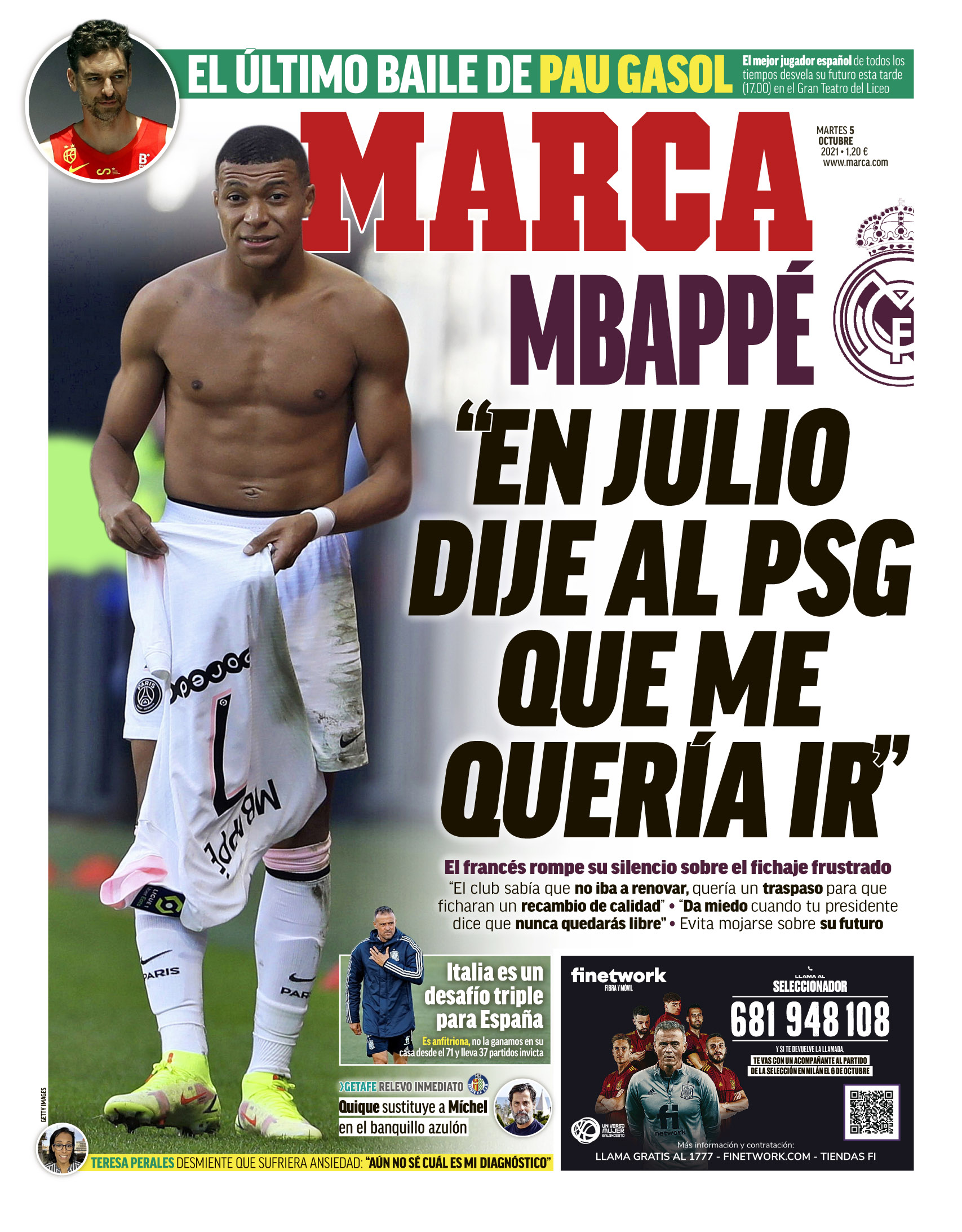 REAL MADRID: Kylian Mbappe Interview - 'I told PSG in July that I wanted to leave'. The French international has broken his silence over his summer transfer frustration in Paris. He claims he told the club he did not want to extend his contract but wanted to allow them a chance to sign a replacement. 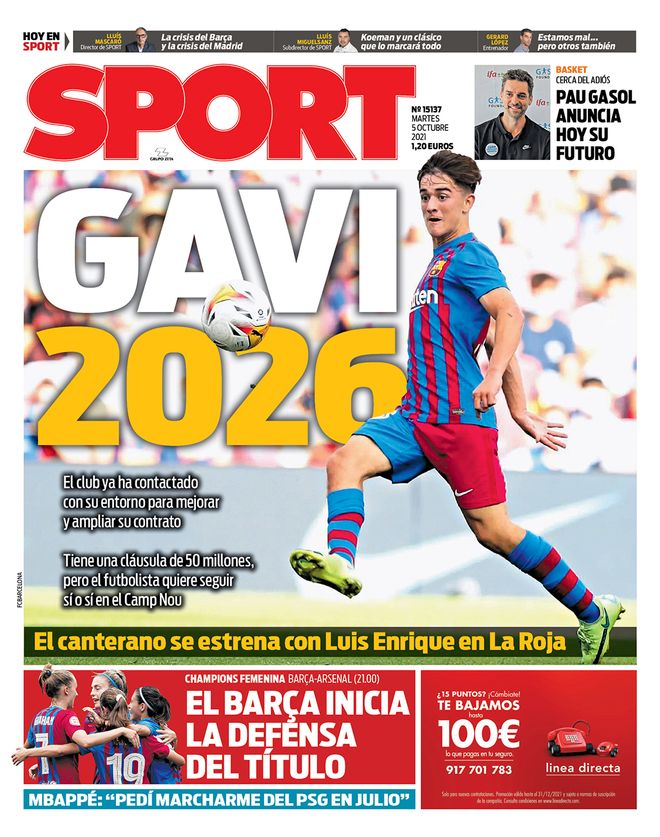 BARCELONA: Gavi 2026 - Barcelona have already reached out to Gavi over contract talks to offer him an improved deal on an extended contract. The teenager currently has a €50m release clause in his current deal but he wants to continue at the Camp Nou. 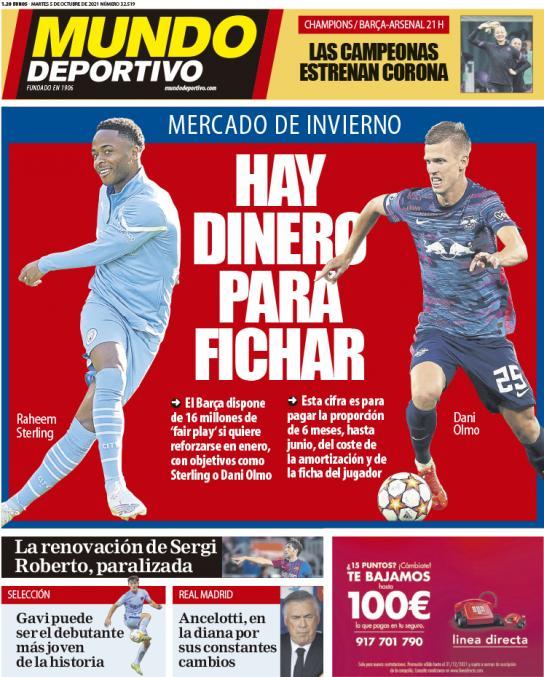 BARCELONA: There is money for signings - Barcelona have €16m to spend on reinforcements in January as part of their FIFA Fair Play commitment. Dani Olmo and Raheem Sterling are their key targets. However, this figure would be based on a loan payment until the end of 2021/22 but it could be a worthwhile investment in either player.