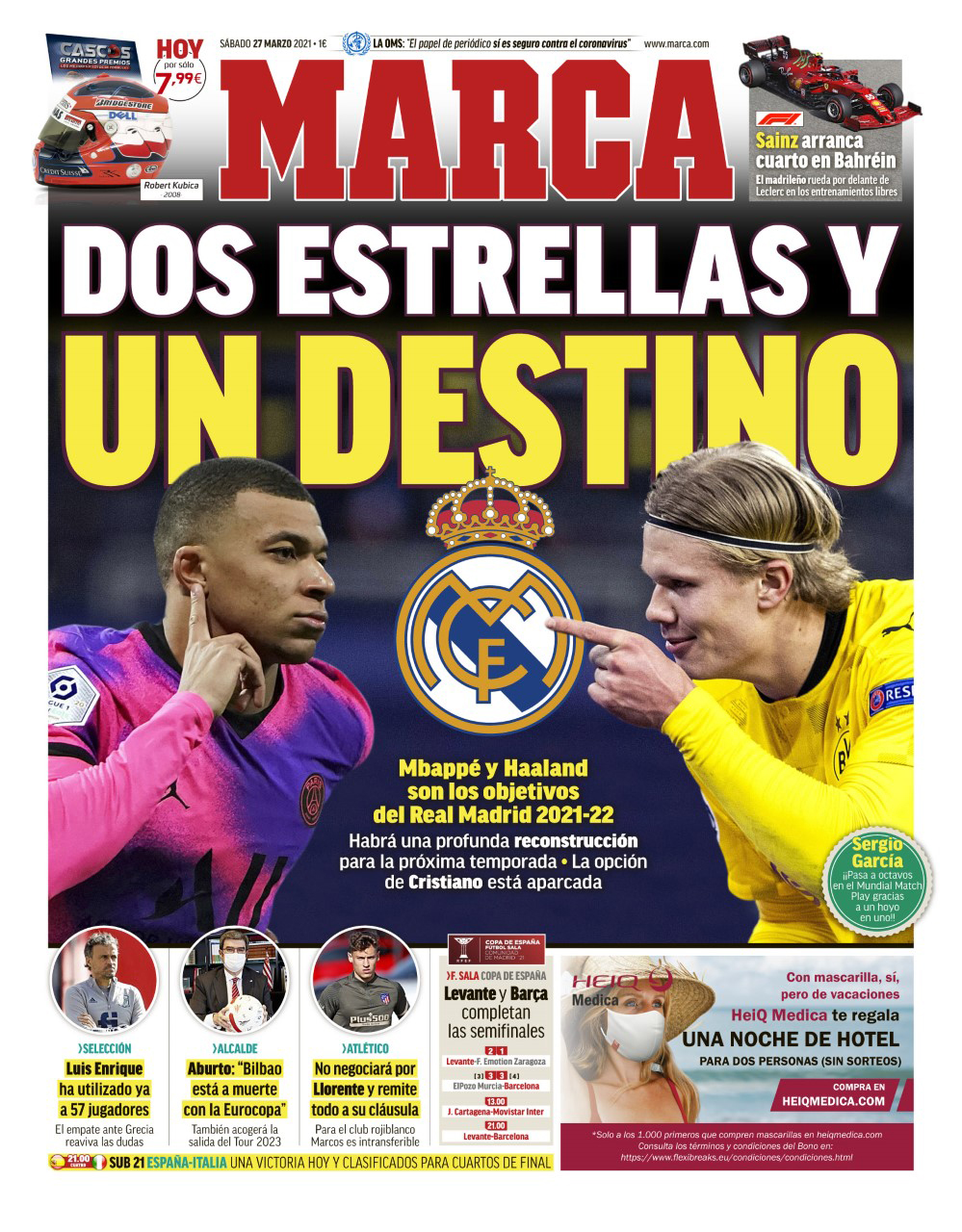 REAL MADRID: Two Stars and their Destiny - Mbappe and Haaland are the objectives of Real Madrid ahead of 2021/22. There will be a major reconstruction at the club next season but bringing Cristiano Ronaldo back is not a current option. 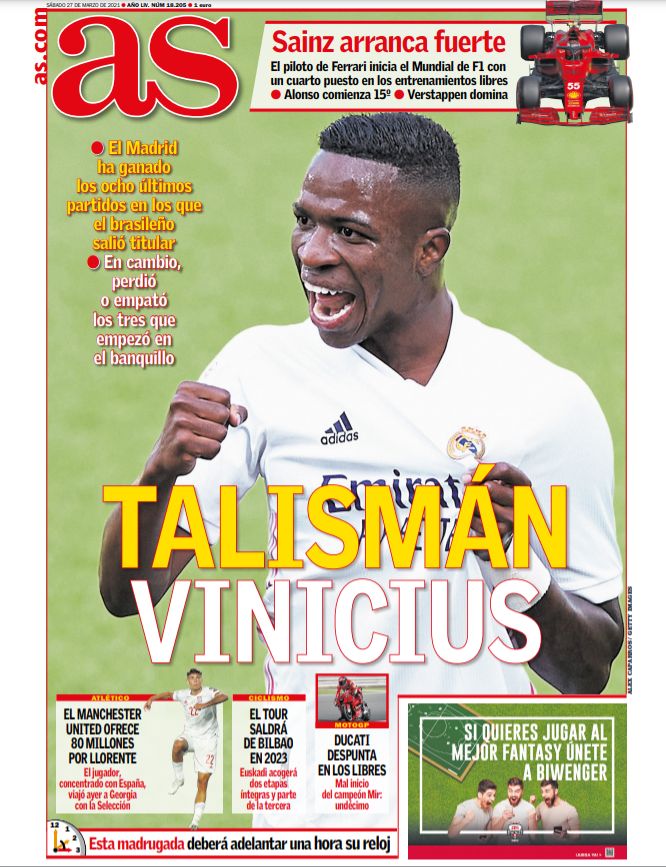 REAL MADRID: Talisman Vinicius - The Brazilian star has been on the winning side in his last four appearances. In comparison he las either lost or drawn his last three appearances off the bench for Zinedine Zidane's side. REAL MADRID: Manchester United are considering an €80m offer for Atletico Madrid star Marcos Llorente this summer. The midfield star is currently away on international duty with Luis Enrique's Spain side. 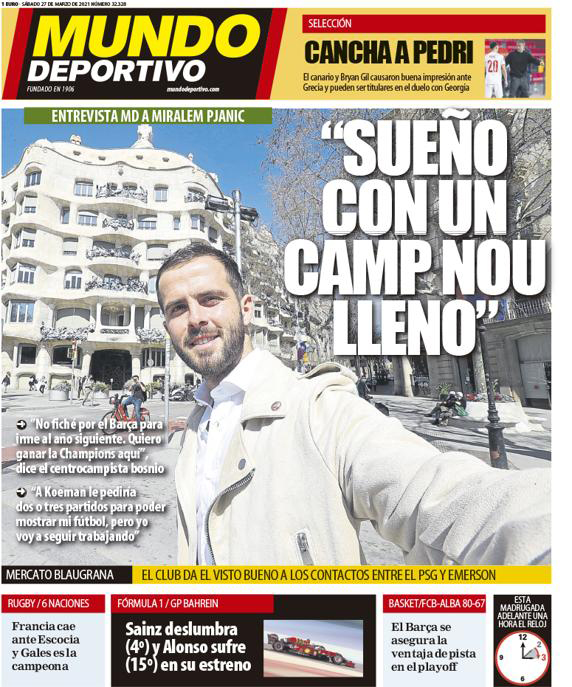 BARCELONA: Miralem Pjanic - 'I dream of a full Camp Nou' - 'I did not sign for Barcelona to leave a year later, I want to win the Champions League here'. The Bosnia star claims he has asked Ronald Koeman for a chance to prove his worth, but in the meantime he will continue to work hard to force his way into the team.