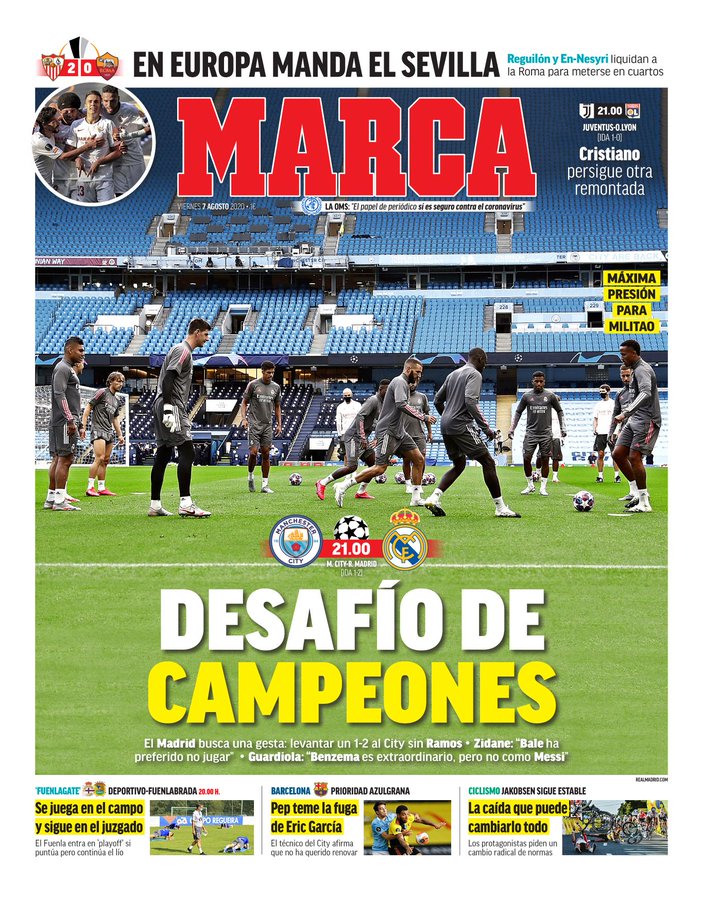 Challenge of champions - Real Madrid need to achieve a feat, coming from 1-2 down against Manchester City without the suspended Sergio Ramos. Zidane: “Bale preferred not to play.” Guardiola: “Benzema is extraordinary, but not like Messi.” Maximum pressure on Militao - he replaces Ramos Cristiano pursues another comeback - Juventus take on Lyon Sevilla rule in Europe - Reguilon and En-Nesyri defeat Roma to advance to the quarter-finals Playing on the pitch but still in court - Deportivo against Fuenlabrada Pep Guardiola fears exit of Eric Garcia 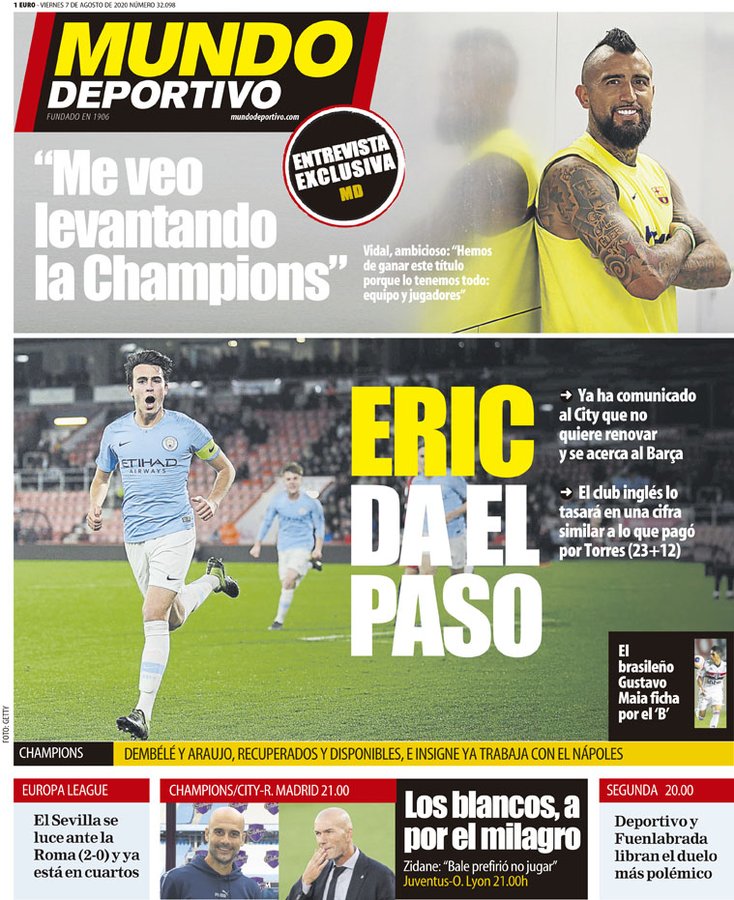 Eric takes the step - Already communicates to City that he does not want to renew his contract and goes closer to Barcelona. City rate him at a similar value to Pau Torres (€23m plus €12m in variables). “I see myself lifting the Champions League” - ambitious Arturo Vidal says “we have to win this title because we have it all - the players and the team.” Brazilian Gustavo Maia signs - incorporated into B team Dembele and Araujo, recovered and available - Insigne works with Napoli Sevilla beat Roma - into the quarter finals of Europa League Real Madrid look for a miracle - Zidane claims Bale “preferred not to play” Deportivo and Fuenlabrada to play the most controversial match 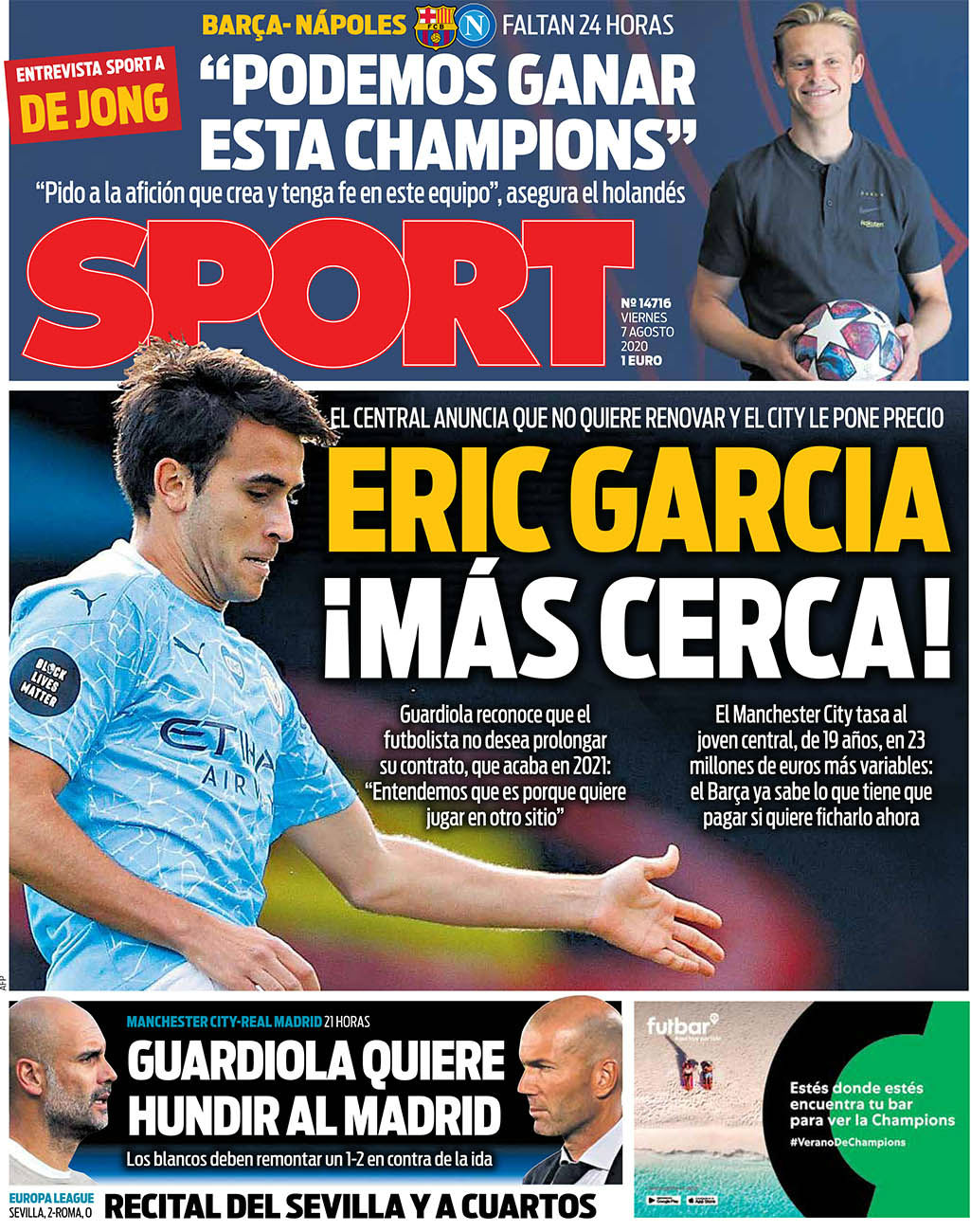 Eric Garcia, closer! - The central defender announces that he does not want to renew and City put a price on him. Guardiola recognises that the footballer does not want to extend his contract, which ends in 2021: "We understand that it is because he wants to play elsewhere."  Manchester City ratethe 19-year-old at €23m plus variables: Barca already know what they have to pay if they want to sign him now. "We can win this Champions League" - Frenkie De Jong says: "I ask the fans to believe and have faith in this team." Guardiola wants to sink Madrid - Los Blancos must come back from 1-2 against the first leg Great performance from Sevilla and into the quarters - win over Roma