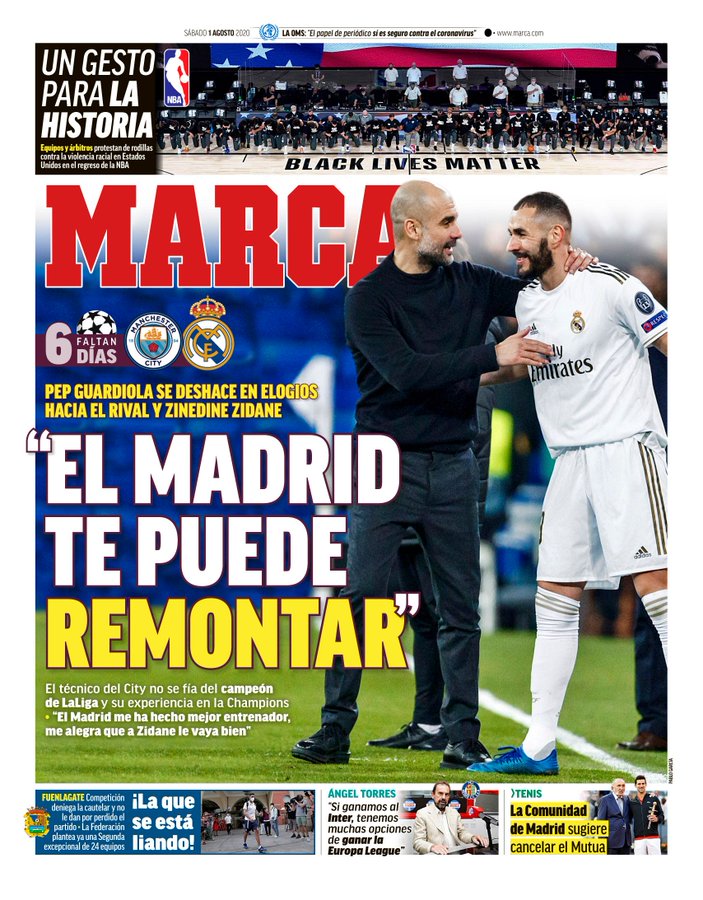 “Madrid can comeback against you” - Pep Guardiola melts into praise on both Real Madrid and Zinedine Zidane. The Man City boss talks up Madrid as champions of La Liga and their experience in the Champions League. “Madrid have made me a better coach, I am glad that Zidane is doing so well.” Six days to go until the match. Fuenlagate - Spanish FA proposes to La Liga and clubs that Segunda division is expanded to 24 teams Getafe’s European hopes - president Angel Torres believes the team can beat Inter and can win the Europa League this season 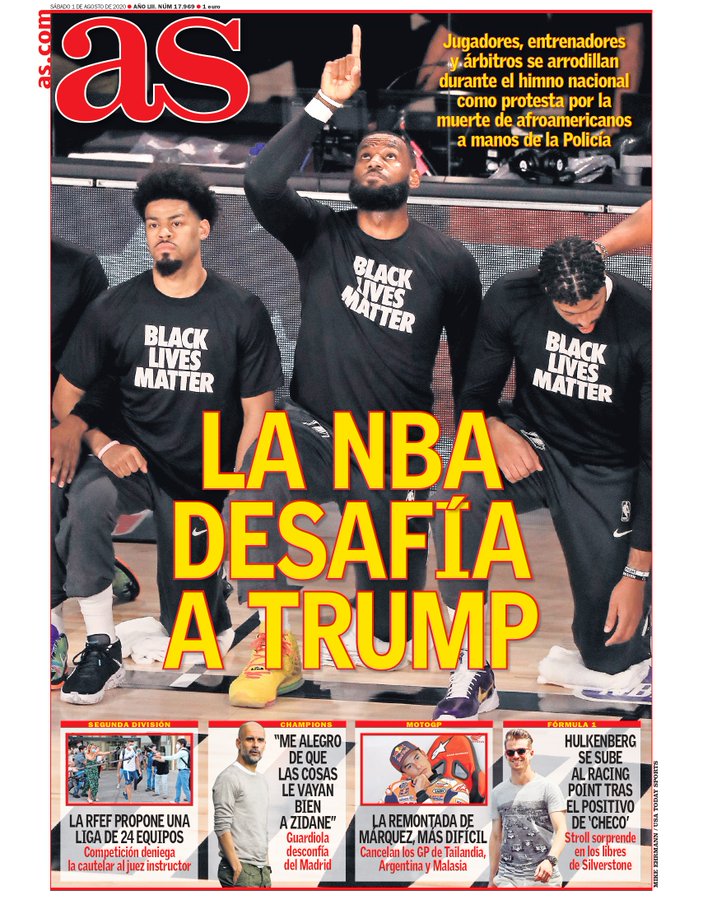 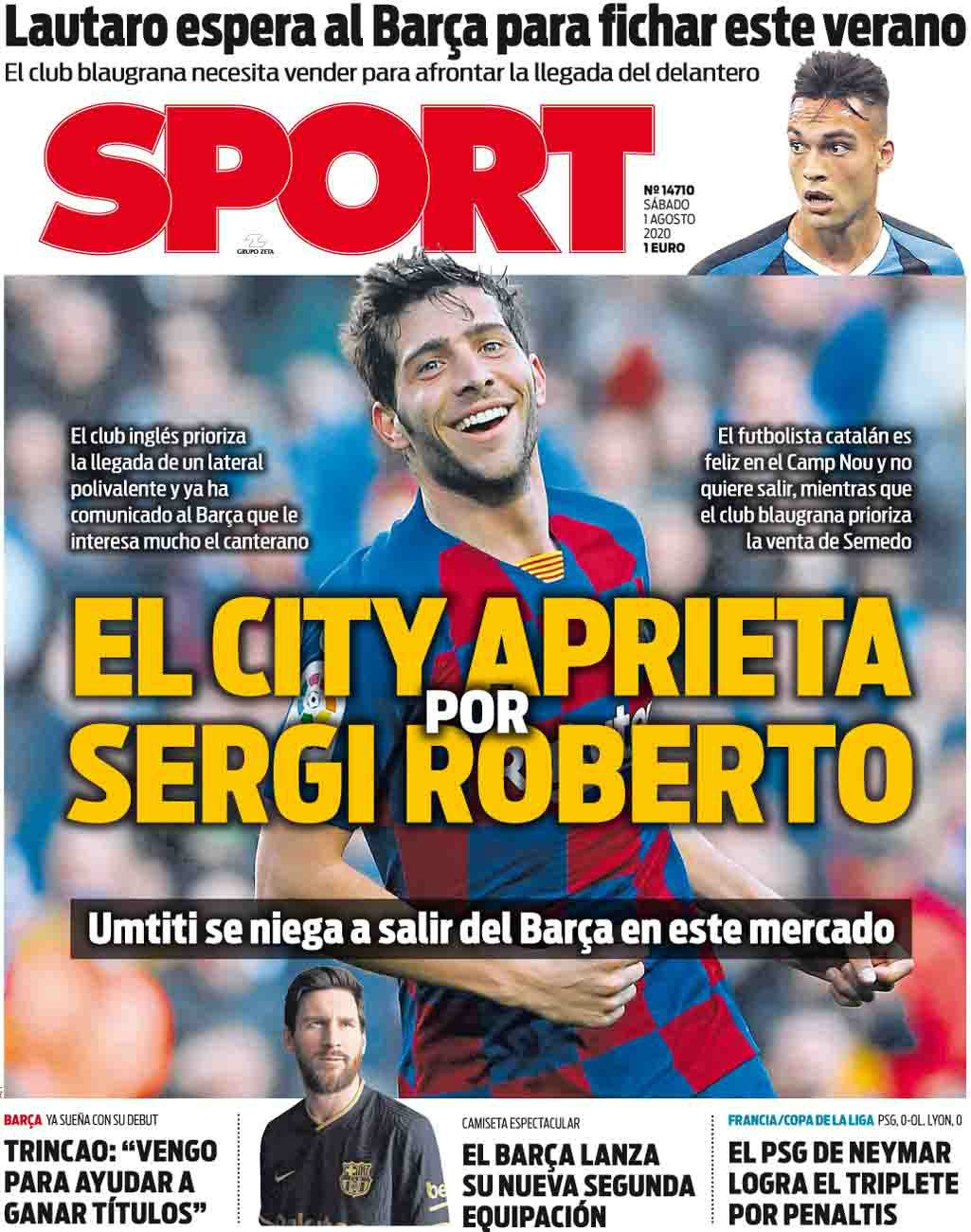 City squeeze for Sergi Roberto - the English club prioritises the arrival of the versatile midfielder and have already informed Barça that they are very interested in the youth player. The Catalan is happy at the Camp Nou and does not want to leave, while the Blaugrana prioritise the sale of Nelson Semedo Umtiti refuses to leave Barça - defender does not want to leave in this market Lautaro waits for Barça to sign him this summer - the Blaugrana needs to sell to faciltate the arrival of the striker. Trincao: "I come to help win titles" while Barça launche their new away kit. Neymar's PSG wins the treble on penalties - winners of La Coupe de la Ligue 2019-2020