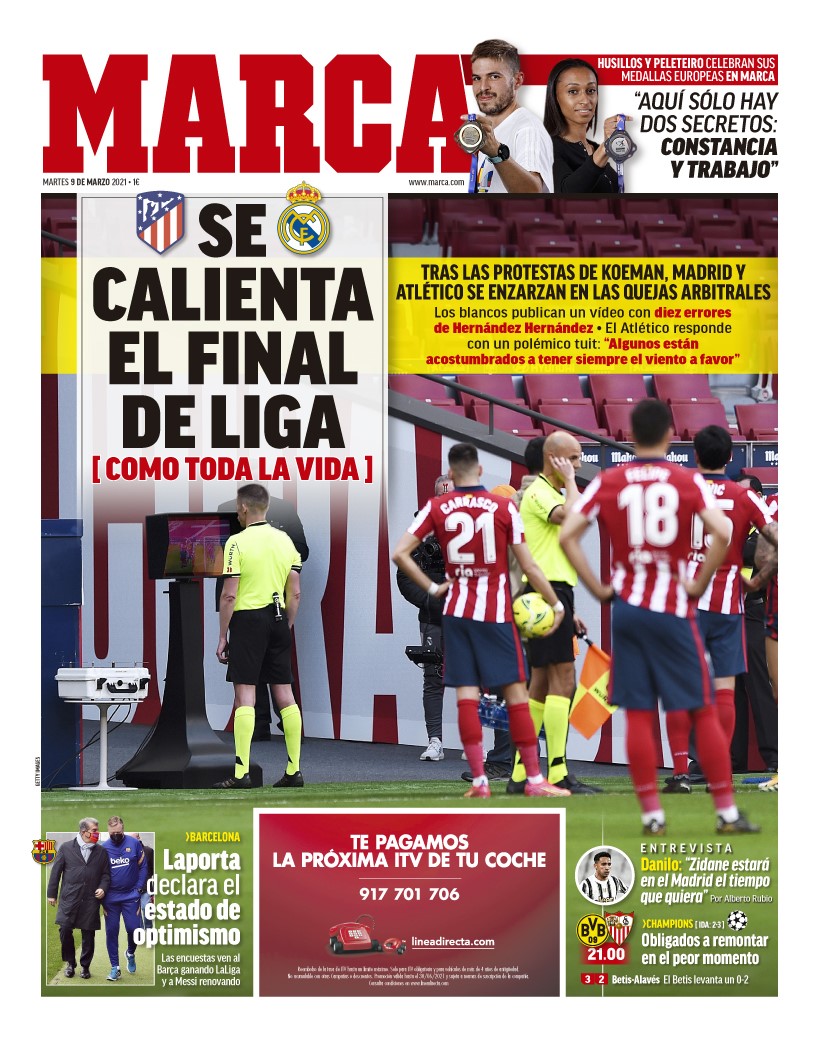 LA LIGA: La Liga warms up ahead of the final straight - Three separate VAR this weekend from Ronald Koeman, Real Madrid and Atletico Madrid dominated a huge weekend for the title race. Atletico Madrid are claiming they were treated unfairly as their matchday referee against Real Madrid is a Los Blancos fan. 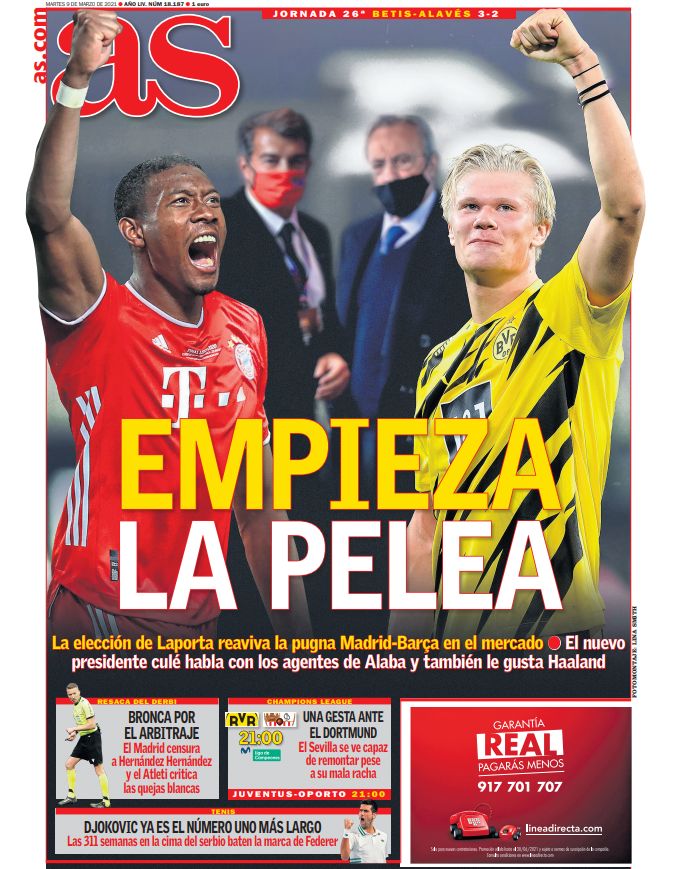 BARCELONA: The Fight Starts - The election of Joan Laporta is set to bring Barcelona back into the age of big money transfers against rivals Real Madrid. He has already met with David Alaba's agent and he is a big fan of bringing Erling Haaland to the Camp Nou. 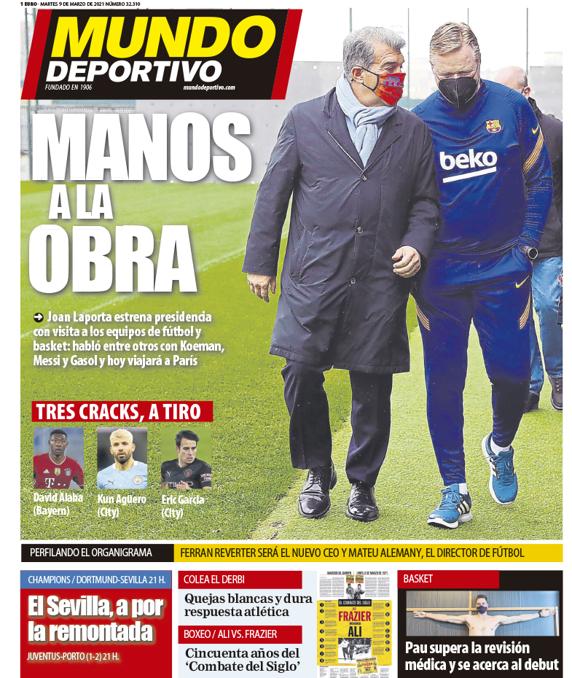 BARCELONA: Let's Do It - New Barcelona club president Joan Laporta visited the club's training ground on his first day in the job. He has spoken with Ronald Koeman and Lionel Messi about his plans for the end of the season. The club are set to target three free transfer options in the summer, with Eric Garcia, Sergio Aguero and David Alaba on his wish list.