Wednesday’s front page headlines from Marca, Diario AS and Diario Sport, in English. 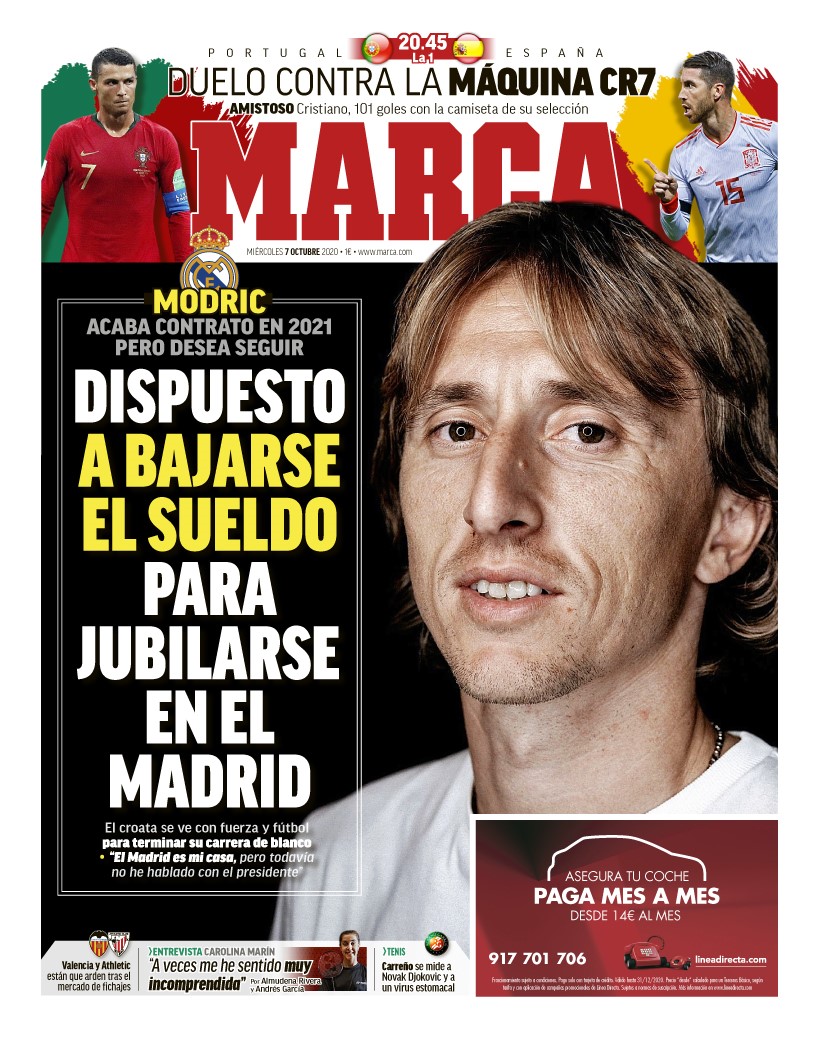 REAL MADRID: Luka Modric is willing to take a salary cut to sign a contract extension at Real Madrid and end his career with Zinedine Zidane's side. Modric is out of contract at the end of the 2020-21 season, however, he wants to play an important role for the defending Spanish champions this season. LA LIGA: Valencia and Athletic Bilbao are set for showdown board member talks are not signing any players in the summer transfer window. 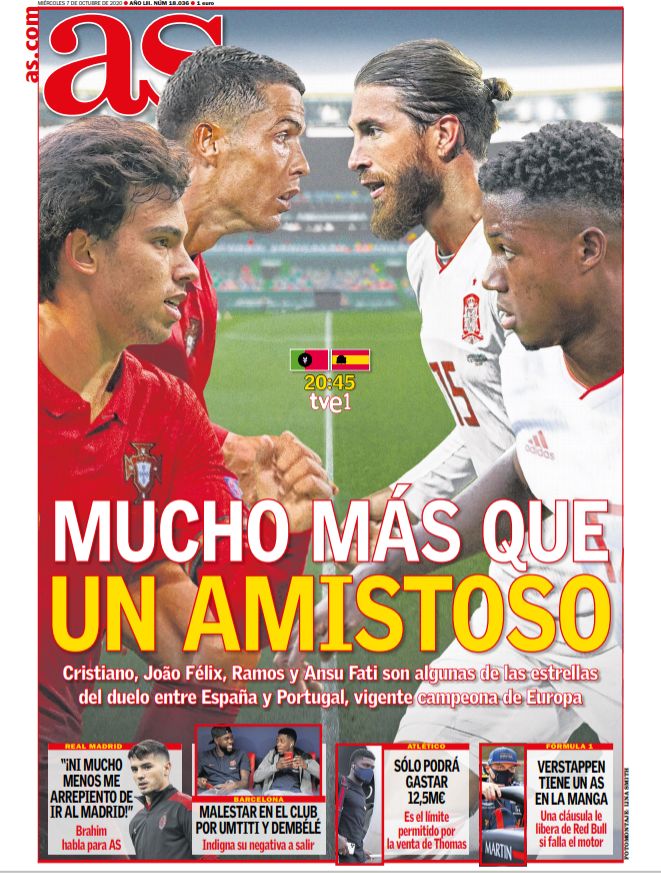 SPAIN: Much more than a friendly match - Cristiano Ronaldo, Joao Felix, Ansu Fati and Sergio Ramos will be the star names as Spain take on the defending European champions Portugal in Madrid. 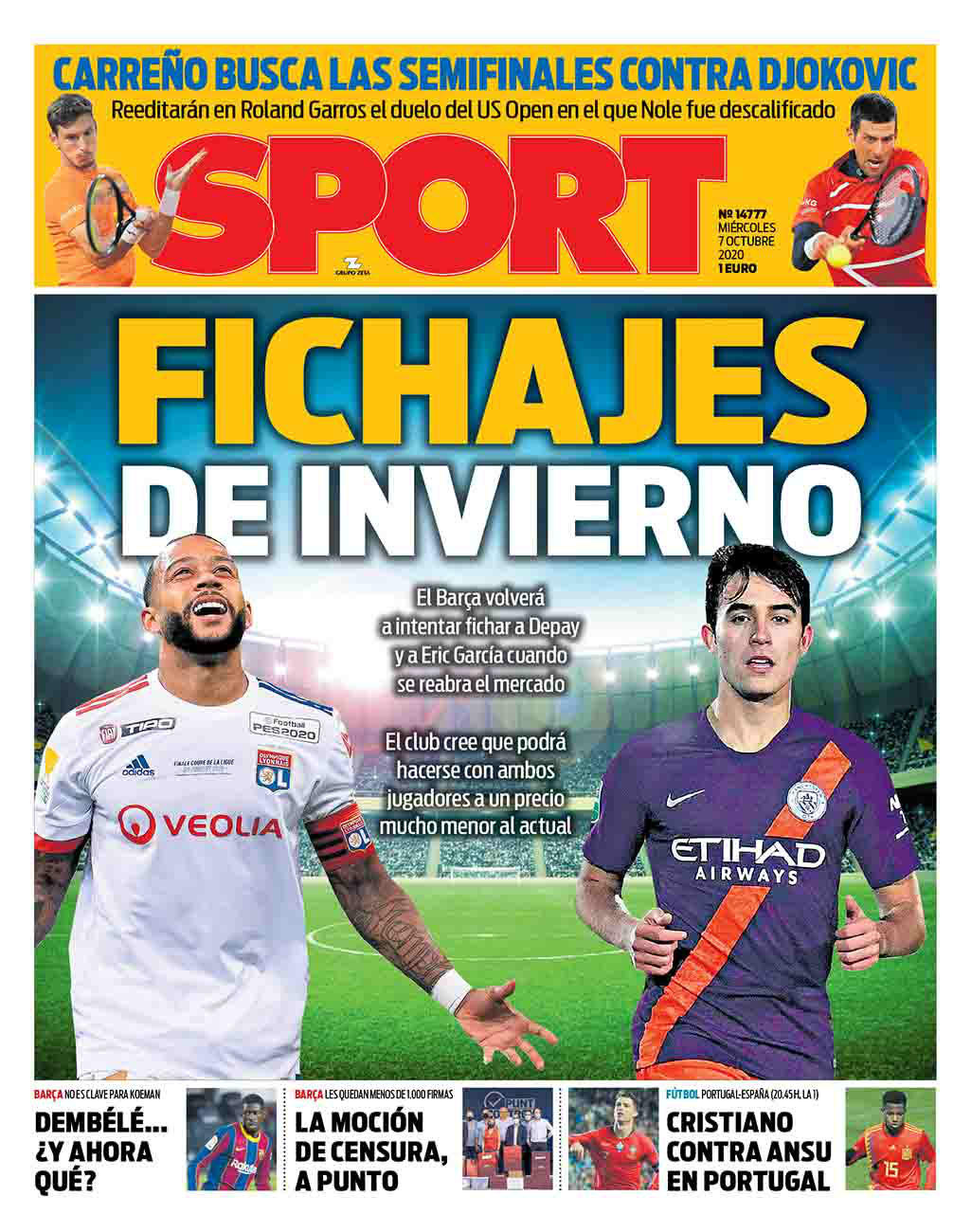 BARCELONA: Transfers In Winter - Barcelona will return in the winter transfer market to try and sign Memphis Depay and Eric Garcia from Lyon and Manchester City respectively. The Catalan giants believe they can secure deals for both players for a much lower price than they were quoted this month.