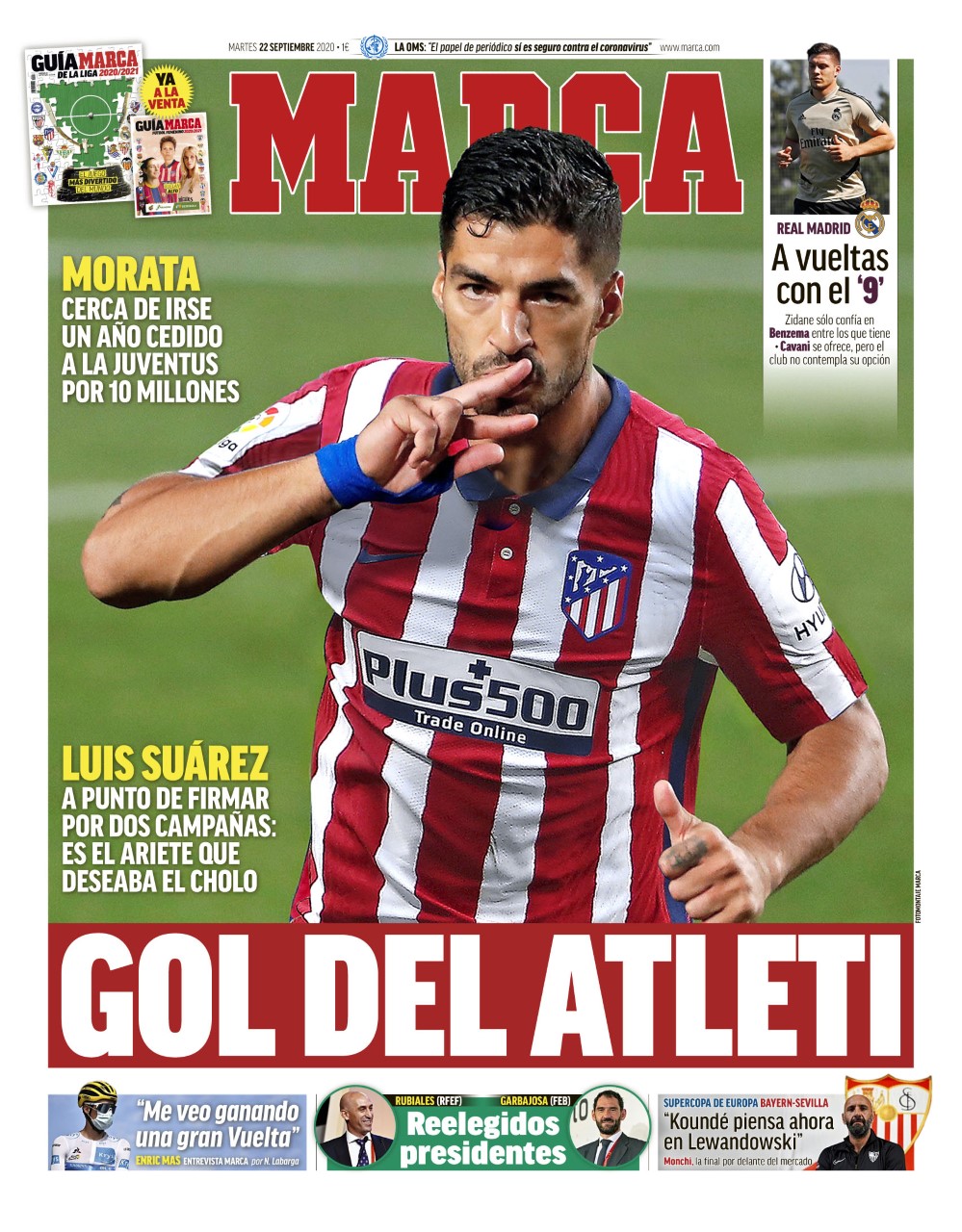 ATLETICO MADRID: Goal of Atletico - Atletico Madrid are on the verge of completing a deal for Luis Suarez on a two-year deal, with Diego Simeone determined to secure his long term target. Alvaro Morata is close to leaving the club for Juventus on a season long loan deal worth €10m. 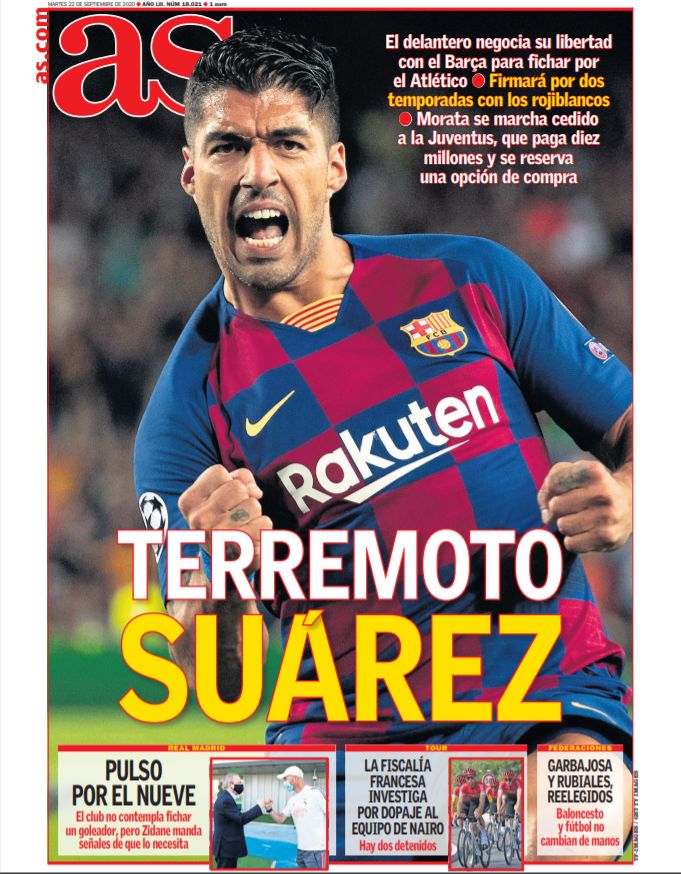 ATLETICO MADRID: Earthquake Suarez - Luis Suarez is in talks with Atletico Madrid over a move following his release from Barcelona, with Diego Simeone's side offering a two-year contract to the Uruguayan international. Alvaro Morata will leave on loan to Juventus, with the Italian giants paying €10m to bring him to Turin, alongside a purchase option. 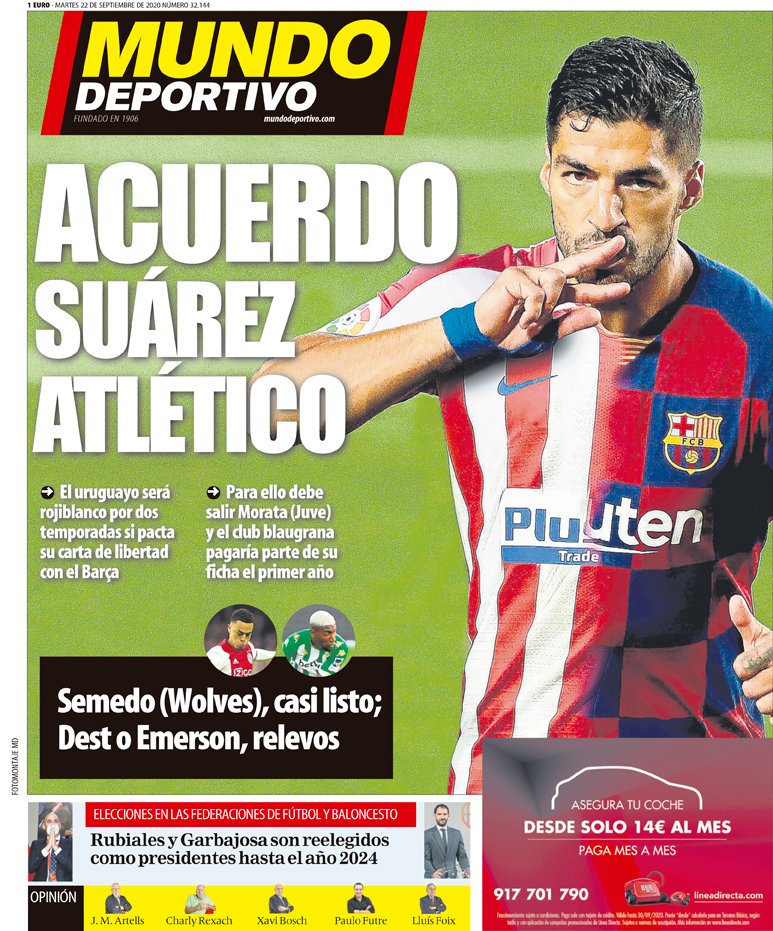 ATLETICO MADRID: Suarez reaches Atletico agreement - The Uruguayan will join Atletico Madrid on a two-year deal following his release from Barcelona. Alvaro Morata will leave the club following Suarez's arrival as part of a loan to buy deal with Juventus. BARCELONA: Nelson Semedo's move from Barcelona to Wolves is almost complete, with La Blaugrana moving for either Emerson or Sergino Dest.