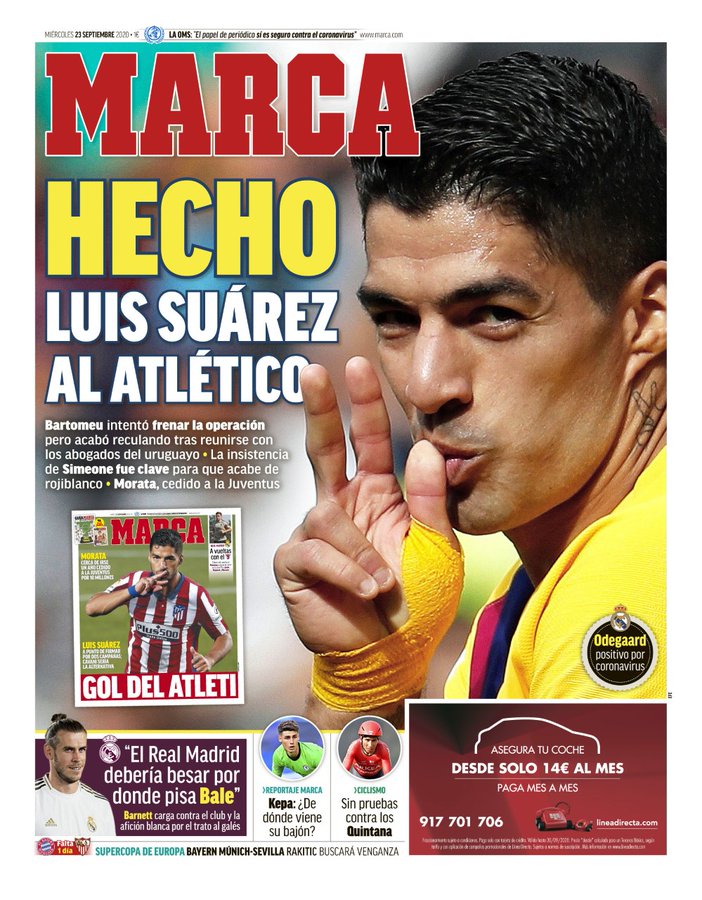 ATLETICO MADRID: Done Deal - Luis Suarez to Atletico Madrid. Barcelona club president Josep Bartomeu attempted to block the deal at the 11th hour, but was eventually talked around by the Uruguayan's legal team. The determination of Diego Simeone to secure the deal is rumoured to be the key in completing a deal, with Alvaro Morata joining Juventus on a season long loan. 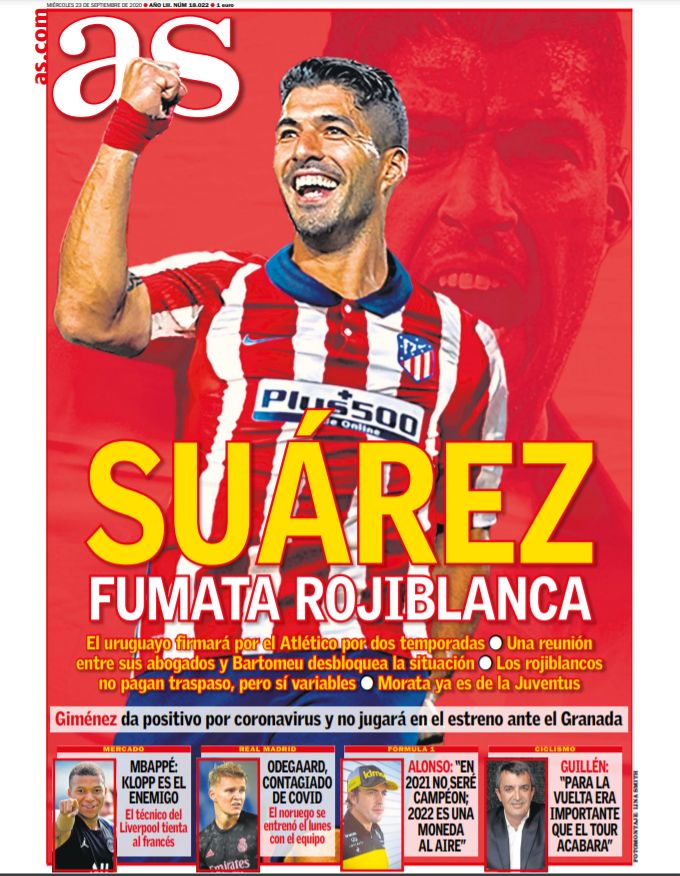 ATLETICO MADRID: Red and White smoke for Suarez - The Uruguayan international will join Atletico Madrid on a two-year deal. A deal was reached following a meeting between Barcelona club president Josep Bartomeu and Suarez's lawyers. He will now rejoin on a free transfer, with Alvaro Morata joining Juventus on loan. 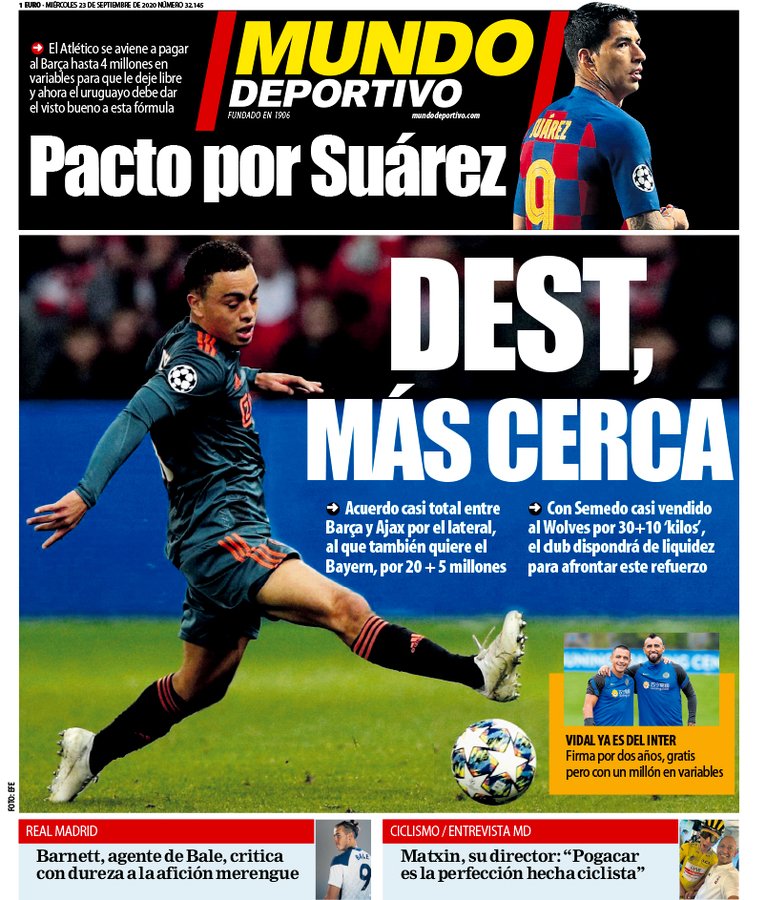 BARCELONA: Dest get closer - Barcelona almost have a total agreement in place to sign Ajax star Sergino Dest, in a €20+5m deal, despite continued interest in him from Bayern Munich. With Nelson Semedo set to join Wolves as part of €30+10m deal.