SPAIN: Called Up (Just in case) - Spain boss Luis Enrique has called up five extra players to join their Euro 2020 bubble due to the ongoing Covid-19 uncertainty in the squad. The whole group returned negative tests yesterday but testing will continue in the coming days. The Spanish Health Ministry are set to authorise an emergency vaccine drop off in the next 24 hours. 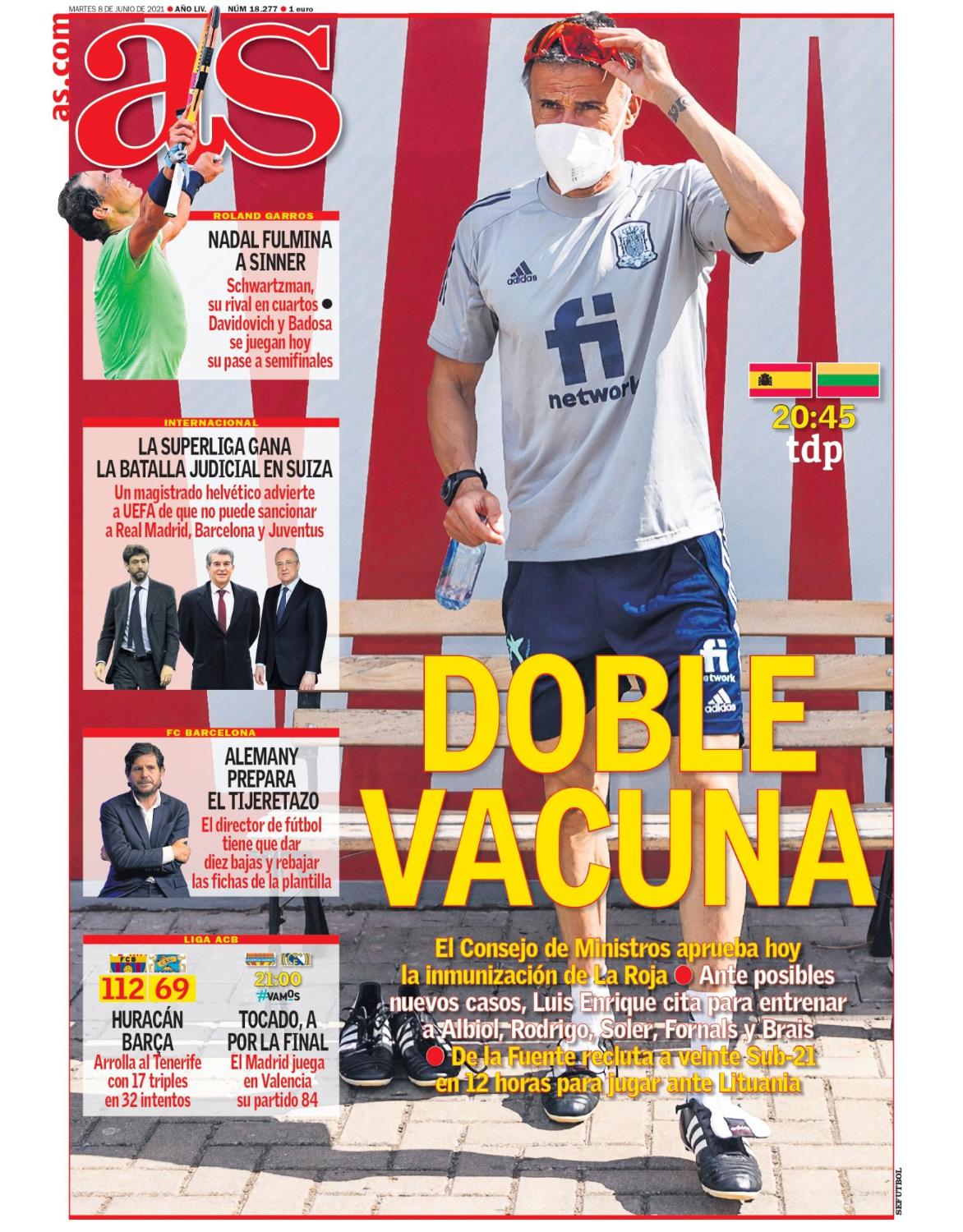 SPAIN: Double Vaccine - The Spanish Health Ministry will fast track a vaccination drop off to the Spain squad in the coming days. Due to the possibility of new cases emerging, Luis Enrique has called up Brais Mendez, Rodrigo Moreno, Carlos Soler, Raul Albiol and Pablo Fornals as a precaution. Luis de la Fuente and his U21 side will now face Lithuania in friendly action tonight. 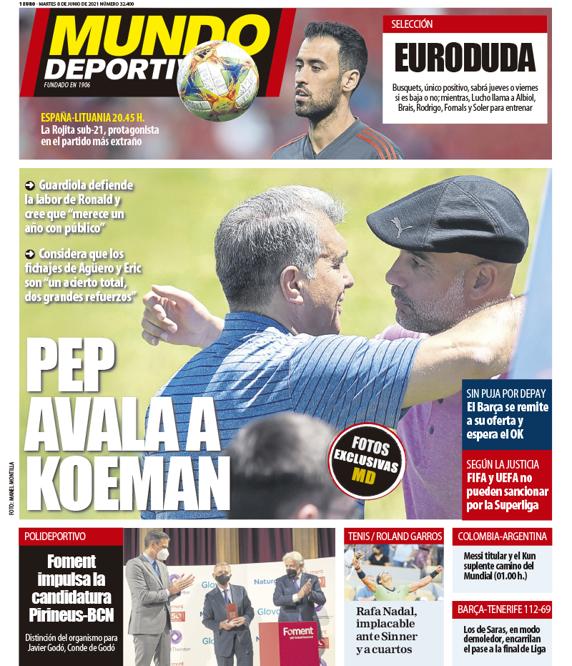 BARCELONA: Pep endorses Koeman - Pep Guardiola has publicly defended the work of Ronald Koeman at Barcelona. The former La Blaugrana coach. He stated the Dutchman deserves another year in charge with fans back at the Camp Nou. He also back his former stars Sergio Aguero and Eric Garcia to make a big impact in Catalonia next season.