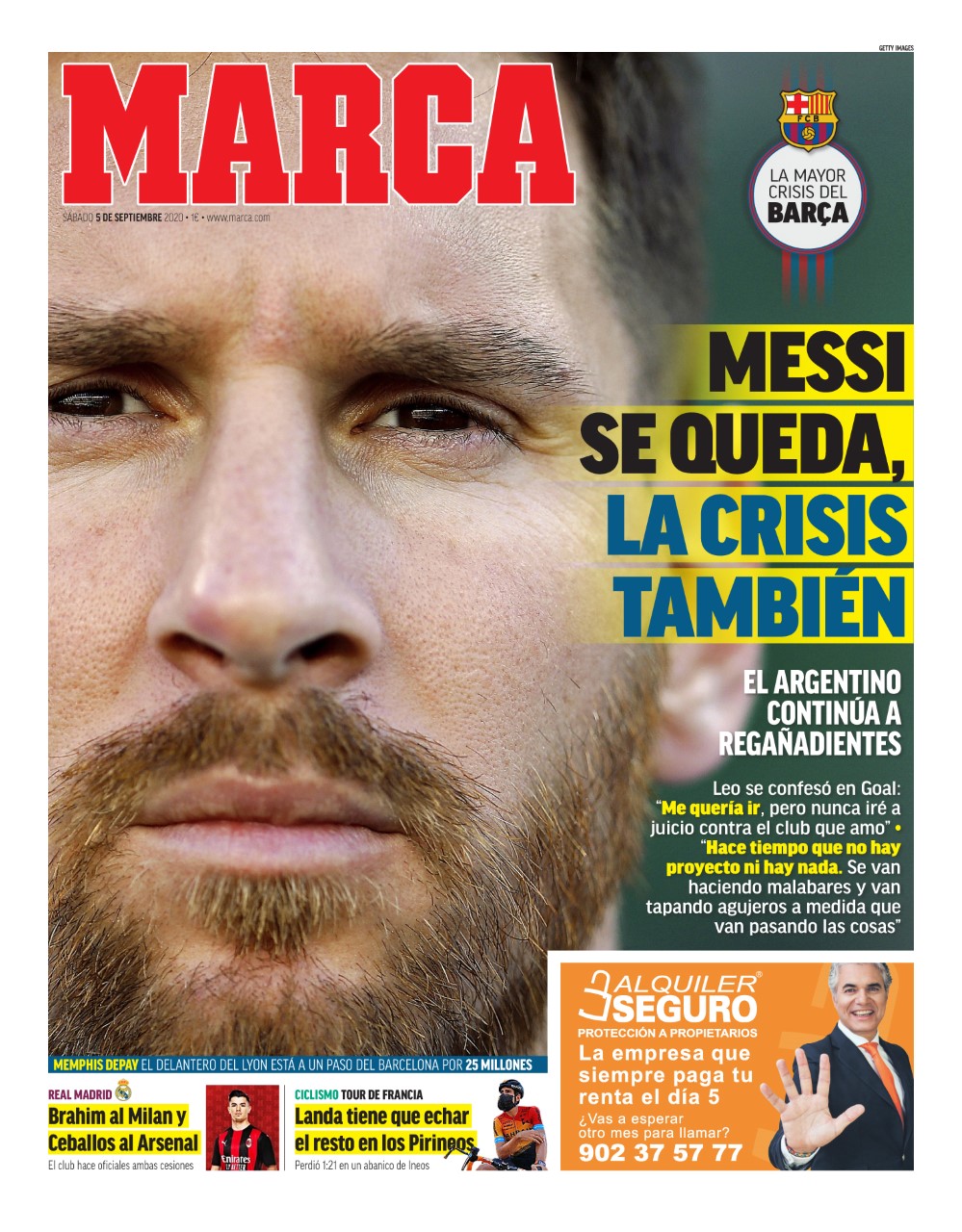 BARCELONA: Messi Stays and so does the crisis - The Argentinian international will reluctantly continue at Barcelona next season. As per an exclusive interview Goal.com - 'I want to go, but I will never go to court against the club I love.' Messi also slams the lack of a long term project at the club, claiming holes are simply being filled and problems ignored.
BARCELONA: Messi Stays - Messi breaks his silence to confirm he will remain at Barcelona, but the Argentinian is clear in his reasons for discontent towards the club. Messi claims club president Josep Bartomeu informed him he could leave at the end of the season, but the club have changed their position, and he will now reluctantly remain. 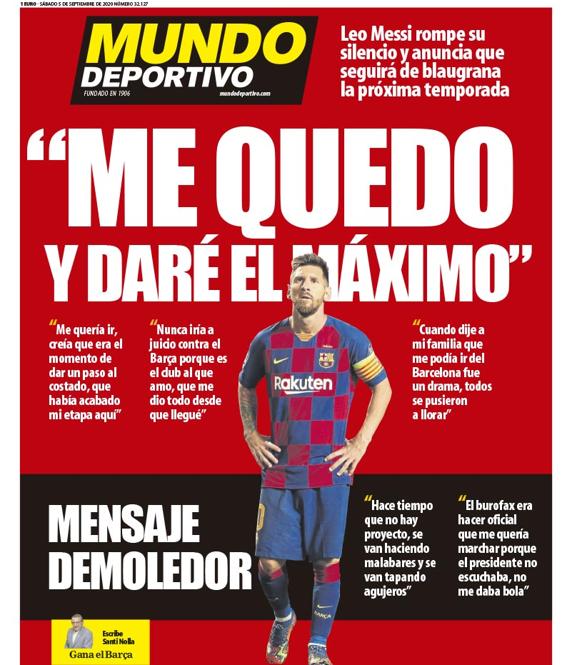 BARCELONA: Messi - 'I will stay and give the maximum' - Messi breaks his silence and announces he will stay at Barcelona for the 2020-21 season. Messi confirms he thought his time at the club had ended, and he wanted to leave. However, he would never take the club he loves to court. He also reveals his decision to push for an exit caused drama and upset in his family.