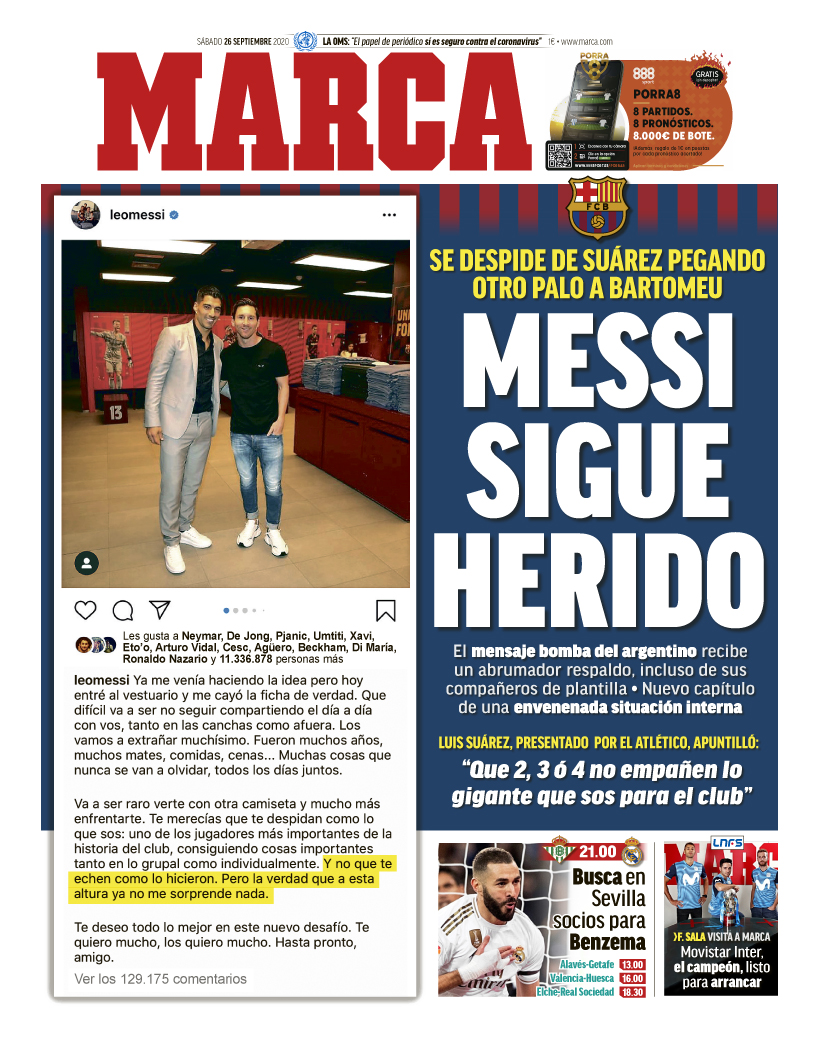 BARCELONA: Messi is still hurt - Lionel Messi reveals his frustration at Luis Suarez's exit from Barcelona, and his message of solidarity with the Uruguayan receives huge support from both inside and outside the club. The Catalan giants kick off a 'poisoned chapter' in their history with their first La Liga game of the season against Villarreal this weekend. 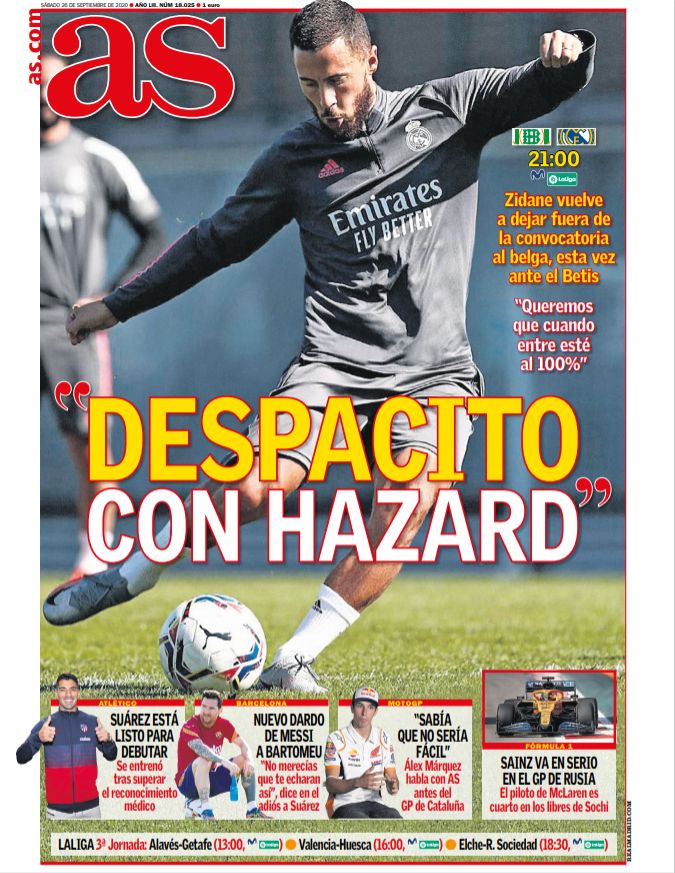 REAL MADRID: Slowly with Hazard - Zinedine Zidane has once again opted to omit Belgian international Eden Hazard from his matchday squad, ahead of Los Blancos La Liga clash with Real Betis this weekend. The French boss claims he will only recall Hazard when he is 100% fit to play. 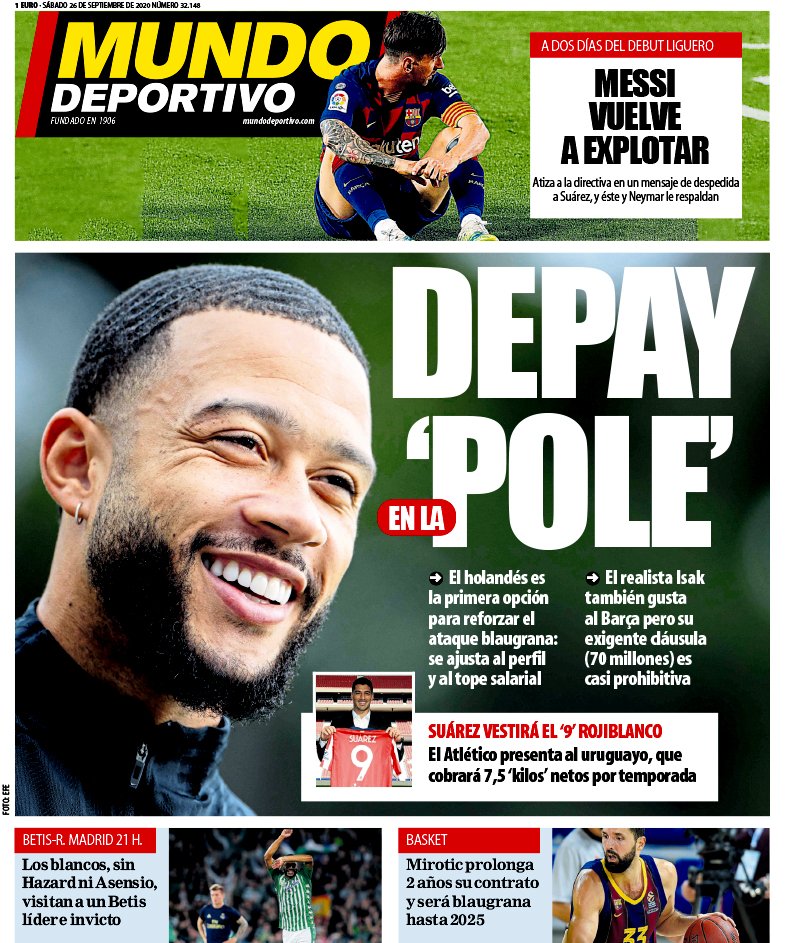 BARCELONA: Depay in pole position - Dutch international Memphis Depay is the first option to reinforce Barcelona's attacking options in the coming weeks. He fits the club's profile and is within their current salary budget. Ronald Koeman has also been tracking Real Sociedad star Alexander Isak, but his €70m release clause has blocked a move.