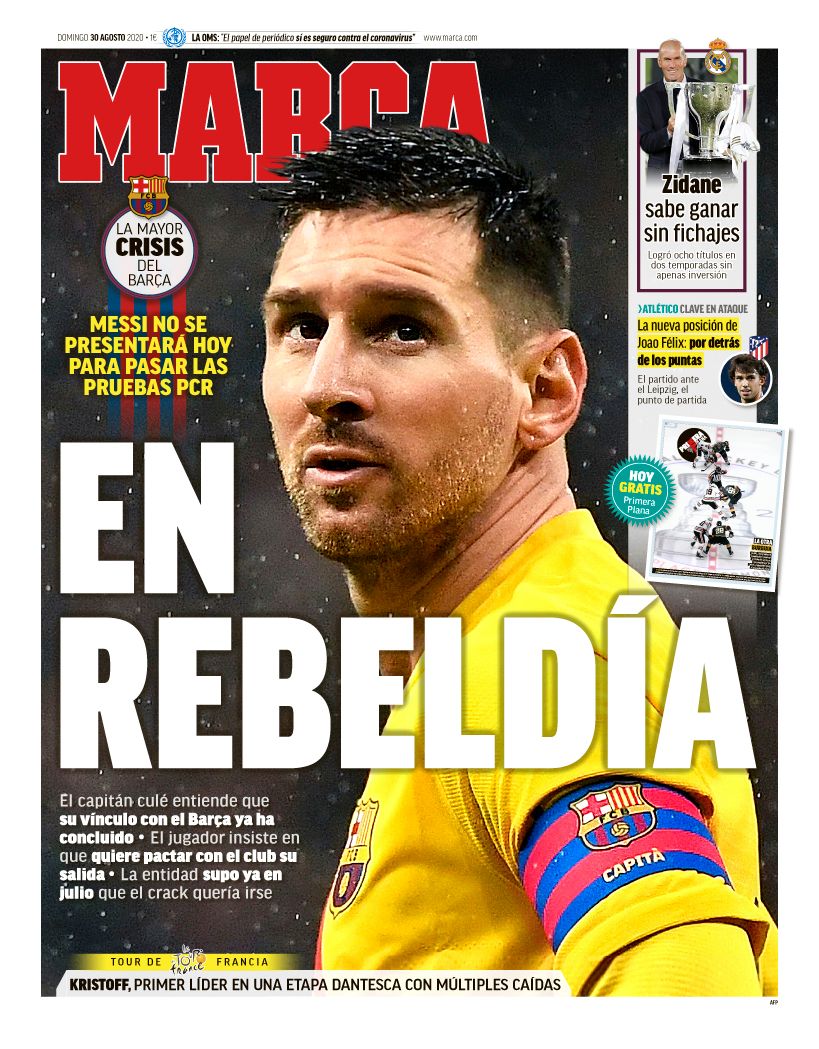 BARCELONA: In Rebellion - Lionel Messi will not attend Barcelona's return to pre-season training tomorrow or the club's PCR tests on Sunday. Messi wants to negotiate a pact to leave the club after deciding his time at Barcelona is over, with the club aware in July that he wanted to leave. 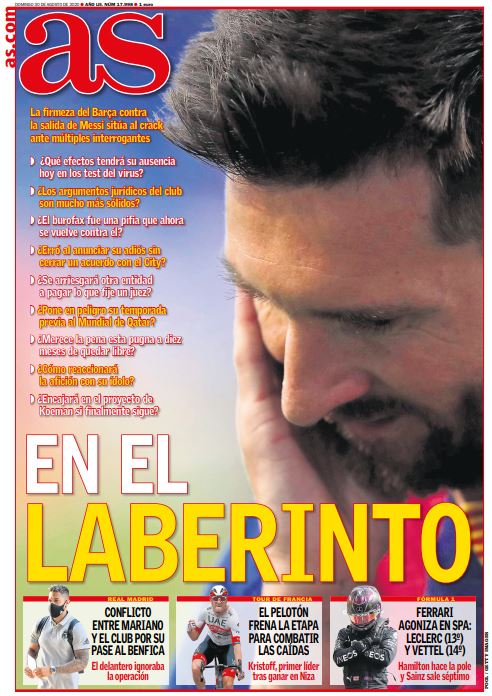 BARCELONA: In the Labyrinth - Barcelona's determination to keep Lionel Messi opens up a host of questions about his future. What will be the effect of him missing a PCR test? How solid is Barcelona's legal case against Messi's? Was the burofax a mistake? Has he made a mistake by saying goodbye before agreeing to join City? Is he in danger of missing the 2022 World Cup? Is this worth it with 10 months to go on his contract? How will Barca fans react to him? Will he fit in Koeman's project if he stays? 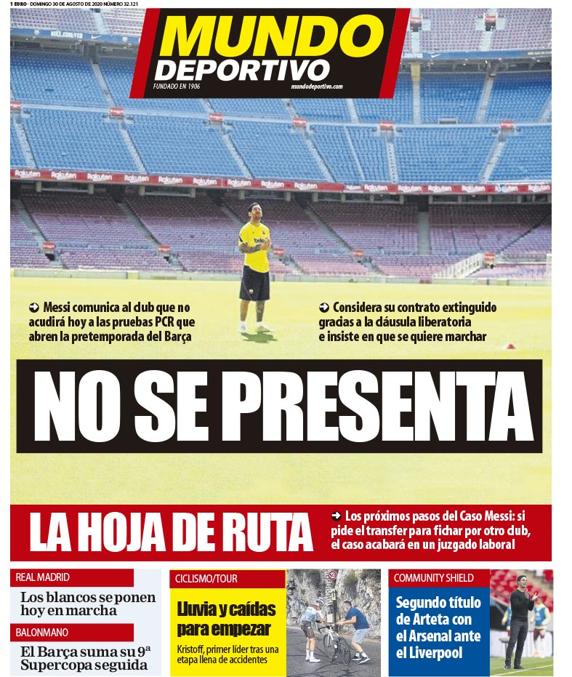 BARCELONA: No Show - Lionel Messi has told Barcelona he will not be attending their PCR testing later today or the return to pre-season training on Monday. Messi considers his contract at the club to be over after his €700m release clause reportedly expired at the end of the 2019-20 season.