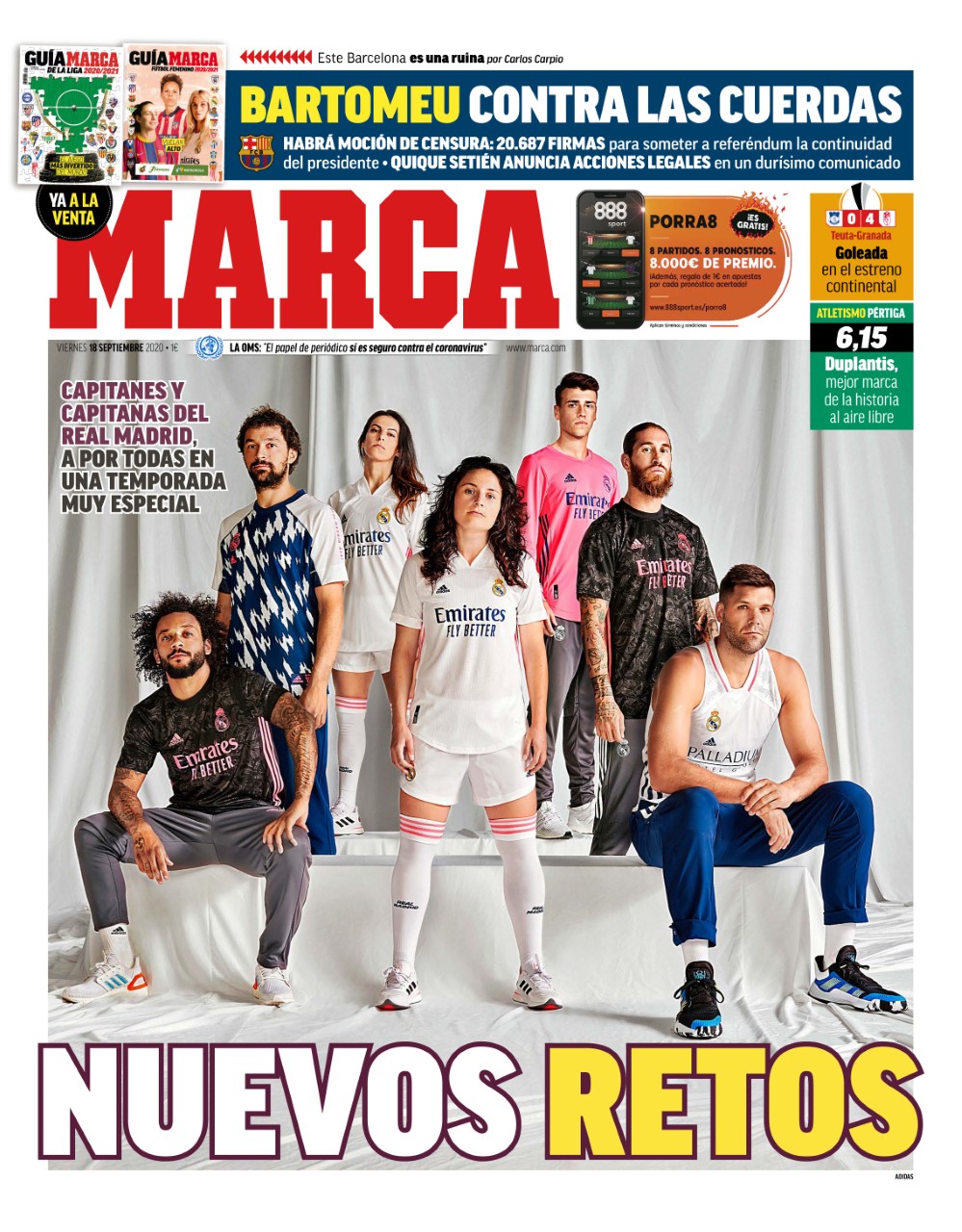 REAL MADRID: New Challenges - Captains of the male and female Real Madrid squads are all united for a special season ahead of the 2020-21 campaign. 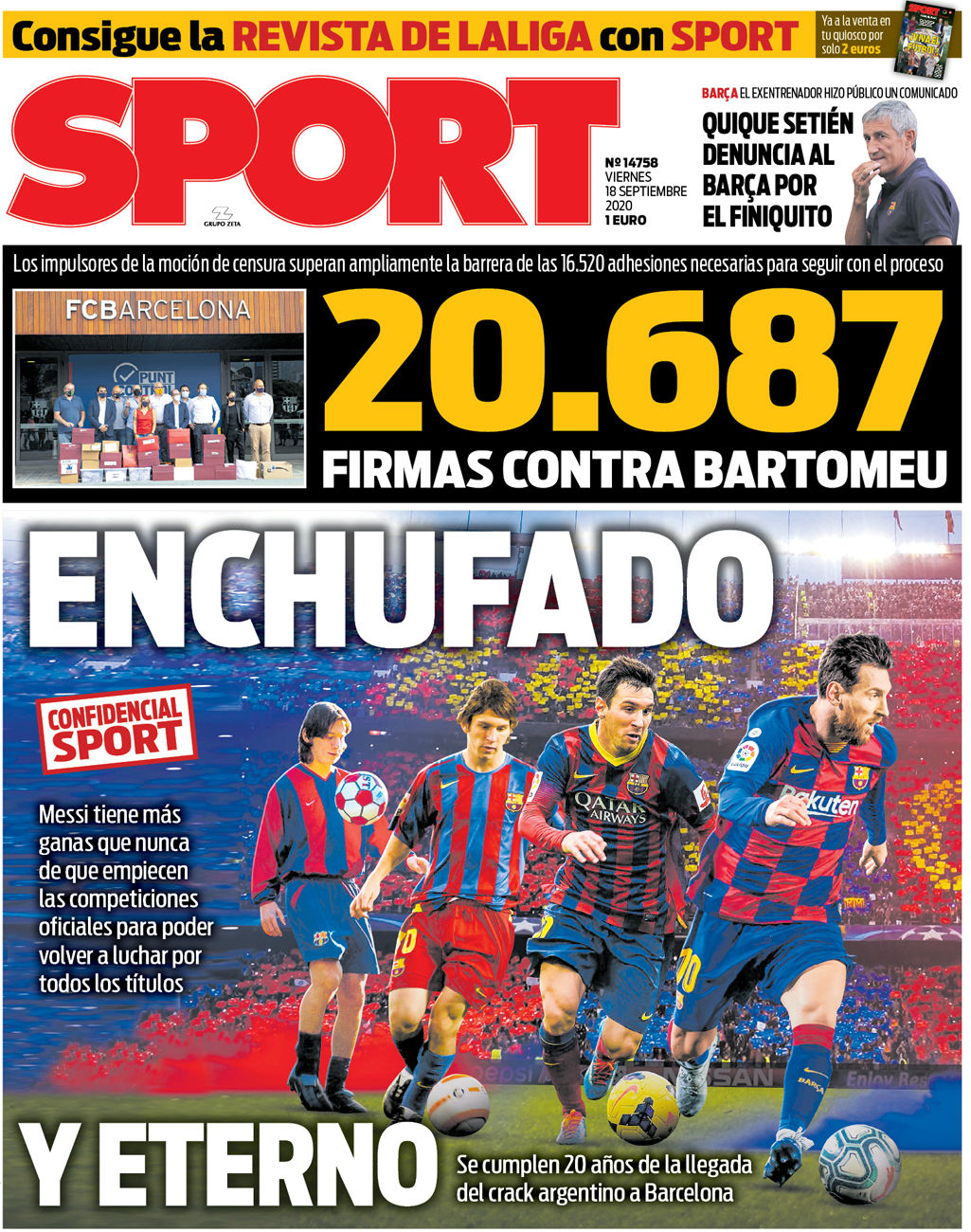 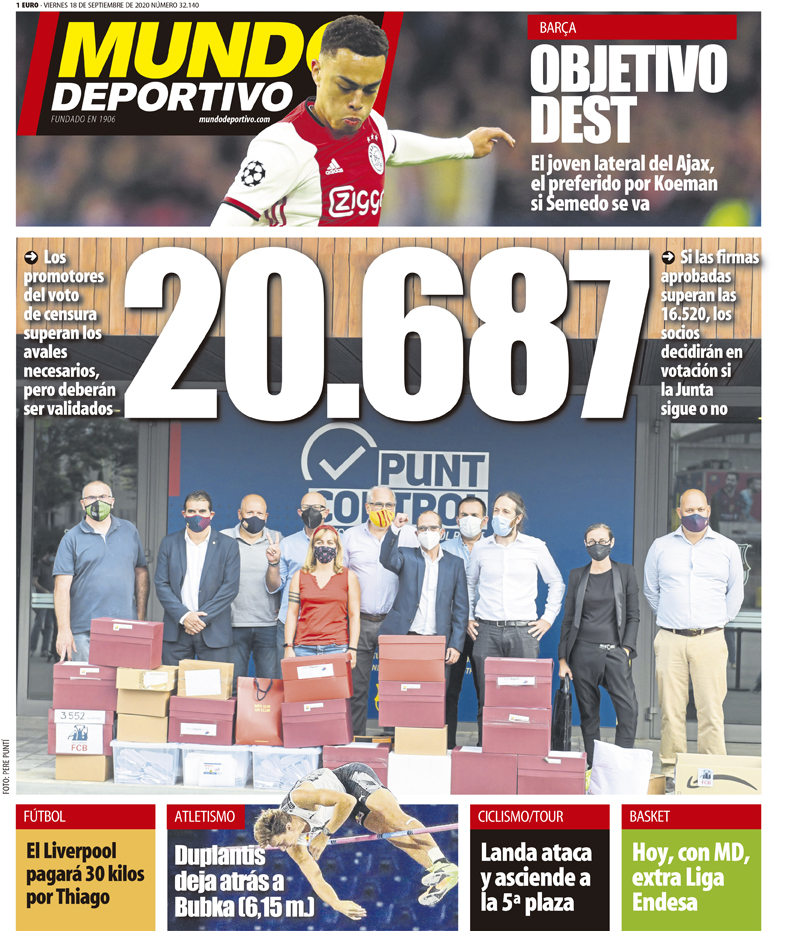 BARCELONA: 20.687 - Barcelona club members looking to confirm a vote of no confidence against club president Josep Bartomeu have exceed the necessary numbers needed to push for a vote, but the result needs to be validated. If the signatures are confirmed to be above the threshold of 16,520, the board will then vote to decide whether or not his will remain in his role at the club.