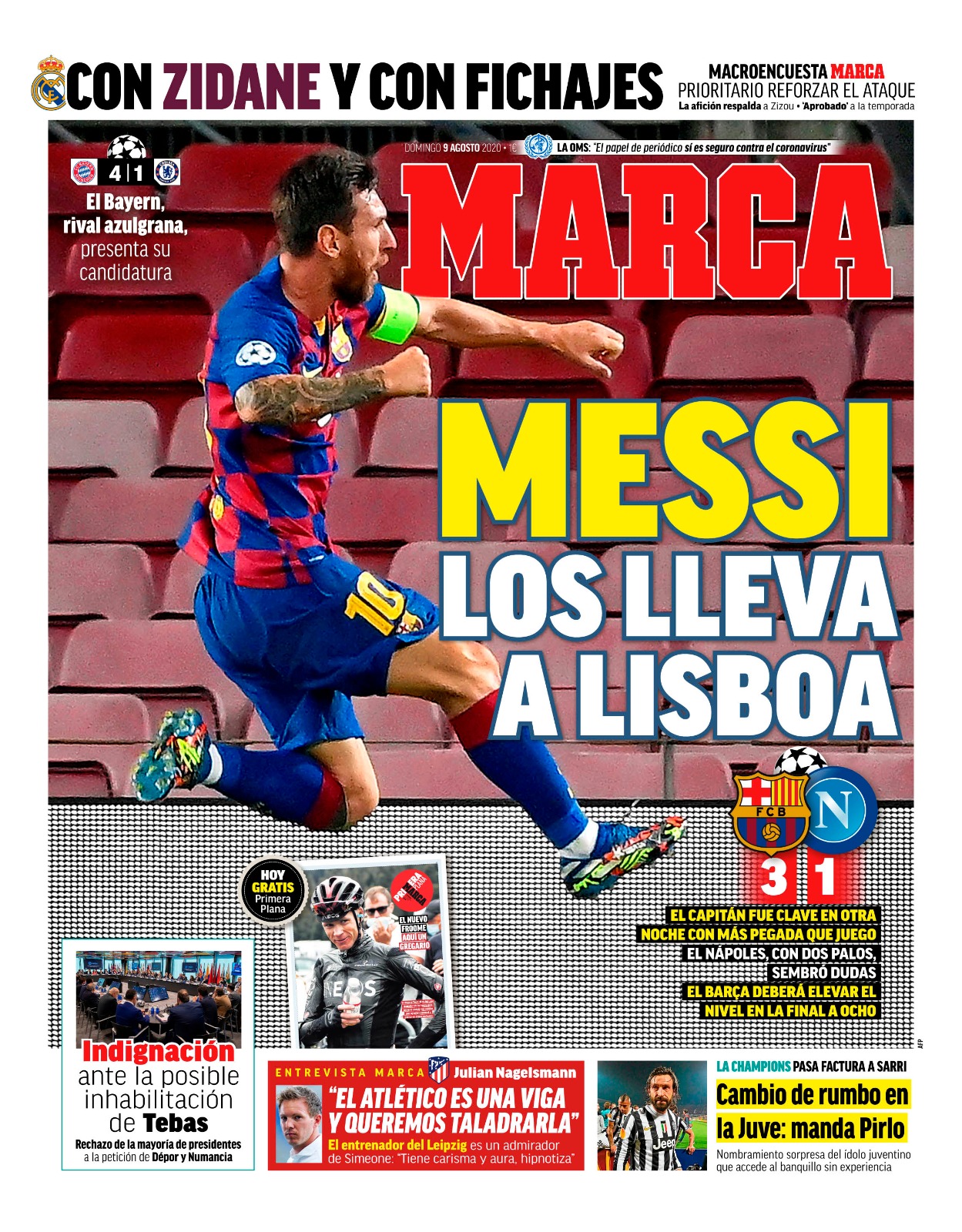 BARCELONA: Messi takes them to Lisbon - The Barcelona captain was the key man on the night once again for Quique Setien's side. A goal and an penalty win against Napoli secured a 3-1 win and a place in the Champions League quarter finals for the Catalan side. 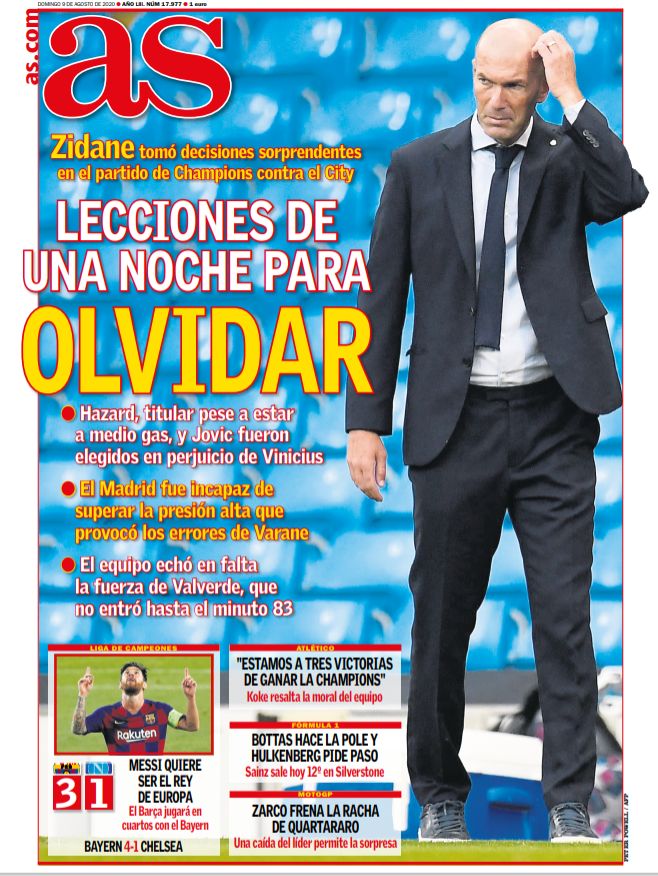 REAL MADRID: Lessons on a night to forget - Zinedine Zidane opted to make some surprise calls for their Champions League clash with Manchester City. A half fit Eden Hazard was picked to start, and Luka Jovic was brought off the bench ahead of Vinicius Junior in Manchester. 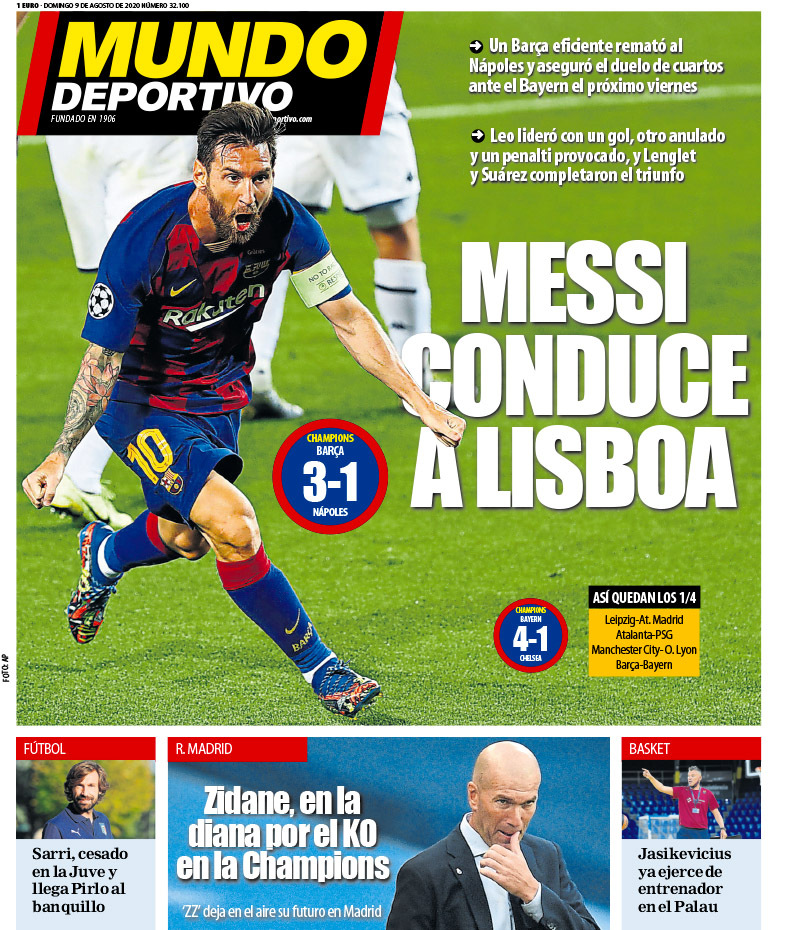 BARCELONA: Messi Drives on to Lisbon - An efficient Barcelona beat Napoli to set up a crunch Champions League quarter final tie with Bayern Munich in Lisbon next Friday. Messi was the leader for the home side, increasing Barcelona's lead following Clement Lenglet's opening goal, and winning the penalty which Luis Suarez converted for their third goal on the night.